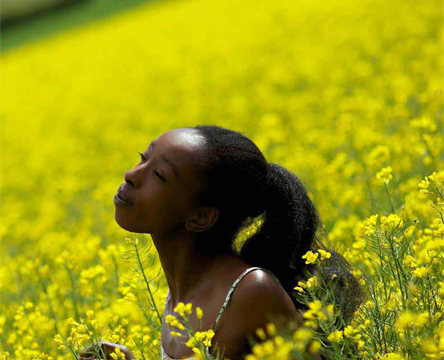 I was born and raised in Scotland, my dad was a formal Naval officer, and aye, I do consider myself to be Scottish! For me the issue of the referendum is the single most exciting thing to happen within my lifetime, and might be the only chance that this will ever happen in this generation. Subsequently, it is important to me to think about this logically, and not just go with the cop-out ‘we canny dae it’ attitude, without proper economic evidence that this is really the case.

I think for me the most insightful look into how parochial we have become in terms of what we ‘think’ we can achieve was highlighted by Andy Murray’s win at Wimbledon. I did a piece on this for a broadcast oan the telly and I remember being in a wee bar when the game wis oan. And right up tae the last minute so many people doubted that he could actually win. After travelling around the world I have learnt that what we think can directly affect how we feel, and our potential ‘life chances’.

To me, being born in a dichotomy of culture and philosophy, I just simply cannot understand why a first world developed country would not want to be Independent. I am sure many might argue that my optimistic view of Scotland is naive; but really if this is the case can we please see more actual evidence that proves Scotland could not be a hugely successful independent nation, rather than just frightened paranoia?

With a population of only 5.3 million you would have to be an absolute numpty to mess up governing such a small population with such vast wealth

Why do people think that just because Scotland may become independent that we need to completely dislocate ourselves from the UK? To me, it makes absolutely no sense to change more than we need to and that obviously having an independent Government will mean that Scottish people just have more control over their own lives; rather than this sort of top down centralisation of power that currently exists.

I am not bashing England, and I love the UK, to me it one of thee most plural and diverse societies which exist in the world, and I am proud to be a part of it. What people need to understand is that throughout the United Kingdom there are many, many complex social issues which could be difficult to understand if you are not actually directly engaged in a particular community or area. So whit ah mean is jist think about the superfluity of unwritten social etiquettes that we encounter on a day to day basis? Never mind if you need to make a decision aboot the entire United Kingdom from an often singular perspective. Ah mean ah dinnay ken, am jist sayin.

What surprises me most about Scotland is the lack of knowledge of how rich and colossal Scotland’s contribution is to the new world actually is. I am forever correcting both Scot’s and others about how so many of the UK’s most recent prime minister’s were either born or educated in Scotland, and quite frankly the amazing expanse of ridiculously talented people in every single industry from fashion, to literature, never mind our other massive and real industries such as agriculture, food and drink, tourism, gas, construction as well as between 15-24 billion barrels of oil which will certainly carry us through the next part of the 21st century before we get some greener methods in place. I mean for heaven’s sake it was the site of the industrial revolution, and with a population of only 5.3 million you would have to be an absolute numpty to mess up governing such a small population with such vast wealth. So whit am tryna say is it is’nay China! We dinnay huv two billion people tae worry aboot! I mean the reality is that (according to the Office for National Statistics) the population of London alone is nearly double:

Scotland is a very wealthy nation and could potentially be the 8th  ichest nation in the world by GDP per head of population. In 2011 and 2012 we provided 9.9 per cent of the whole of the UK’s tax, and only received 9.3 per cent of UK spending which means we lost over 4.4 billion pounds. Truth be told it has always been well noted that the Scots give more per head in terms of tax than anywhere else in the UK. So what does this mean? How can we move forward?

I am hugely confident that with such a rich and highly talented legacy that Scottish people could look after it’s people and continue to be a huge contributor both to the UK and to the rest of the world. The reality is there are many issues that Independence would give us power over, one being will we remain part of the EU. I think that these are correct and natural questions, which we will deal with. For the record though, I could not even fathom why the EU would not want to have us as a part of Europe, and if we need to reapply then that is the correct procedure. This is indeed unknown territory but I am positive that we can successfully negotiate these issues as and when they arise.

Let us not lose such an amazing opportunity for real conversation and change because of fear or paranoia, surely by now the human race has seen how destructive this can actually be. Let’s make a decision that is informed and educated.

Reproduced with thanks to National Collective – www.nationalcollective.com