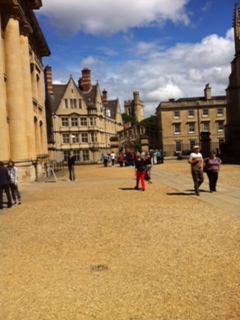 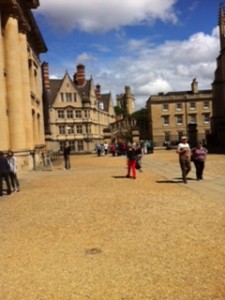 There is a certain type of English socialist, clearly suffering from a surfeit of sour grapes, who is inclined to blame the Scots for the Labour disaster on May 7. They believe that the SNP actively wanted a Tory government, in order to progress the independence agenda, and behaved accordingly. Social media is awash with comments like: ‘Well the Jocks got what they wanted, anyway’. I fear that this ‘us and them’ attitude may be, at least partly, what got us into this mess in the first place.

It is certainly true that the Tories made great play, in the closing couple of weeks of the campaign, of their assertion that an incoming minority Labour government could be held to ransom by a large contingent of SNP MPs. This seems to have had some traction in English Tory/Labour marginals.

One wonders what the inhabitants of these seats were so afraid of. Were they having nightmares about hordes of woad-painted Picts scaling Hadrian’s Wall and forcing us to wear kilts and eat haggis? More to the point, did they think that Nicola Sturgeon would hold Ed Miliband’s feet to the fire and force him to axe the bedroom tax, abolish zero hours contracts and bring back the 50p tax band? How terrible!

I think it’s much more likely that the SNP got exactly what it wanted when Ed Miliband took pains to get Jim Murphy elected as the leader of Scottish Labour. To fight a general election in England on a pro-austerity (or austerity-lite) and pro-Trident programme is extremely foolish; to do so in Scotland is political suicide. It’s not as if the Labour hierarchy were unaware of what a political liability its support for Trident would be in Scotland.

We had a Kafka-esque time of it at last summer’s National Policy Forum meeting in Milton Keynes, when the sponsors of various anti-Trident amendments were told to drop them or risk the SNP winning the independence referendum, therefore, preventing the election of a majority Labour government ever again.

When the puzzled delegates pointed out that opinion polls in Scotland (and England, come to that) showed large majorities against replacing Trident, they were told that, if there was a row about Trident at the NPF, Scottish voters would notice Labour’s support for it and vote accordingly.

However, if there wasn’t a row, they might not notice so we wouldn’t suffer electorally. When you consider that the people who came up with this strategy were the brains behind the Labour general election campaign, the scale of our defeat can more easily be explained.

Not having set foot in Scotland since the day I spent in Glasgow on the phone bank for the anti-independence campaign (sorry), I’m not well qualified to judge whether or not the SNP are socialists, or even particularly radical. However, Sturgeon’s appearances during the TV debates certainly electrified large numbers of voters in England. After the first one, Google was swamped by people asking questions such as ‘I live in England, can I vote for the SNP?’ and ‘Are the SNP standing candidates in London?’.

It has been said that Miliband’s campaign was too right wing for Scotland, but too left wing for England. While the first is certainly true, the second is more debateable. Large numbers of people voted Green, or simply didn’t vote at all. On the doorstep, voters say that the two main political parties are both the same as each other.

Whenever Miliband did have a more radical moment, for example pledging to bring back the 50p tax band, his poll ratings improved. When he went back to assuring everyone that an incoming Labour government would be making cuts, his ratings dipped again.

Not being silly, unlike some Leaders we could mention, Sturgeon saw her opportunity and went for it. Having spotted the space (a very large space) to the left of Labour, she homed in on it with the speed and precision of an, erm, Trident missile – and with very similar destructive power. Whilst Labour struggled to explain how their cuts would be much fairer and nicer than nasty Tory cuts, the SNP sliced through the waffle with a clear and unequivocal anti-austerity message. One can only wonder what might have happened if the SNP had stood candidates in England.

Will Labour learn the appropriate lessons from this disaster? To lose the 2010 election with a pro-cuts agenda was unfortunate. To lose the 2015 election the same way looks like carelessness.

Christine Shawcroft has been a member of the Labour Party for 39 years. She was a member of the National Executive Committee for 16 years, but is currently suspended from holding office in the Party whilst she is investigated over her support for democracy in Tower Hamlets.