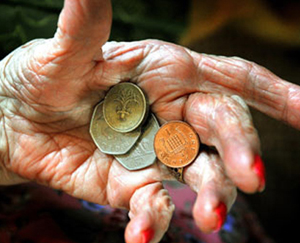 Theresa May has called a general election on 8 June with the purpose of winning a mandate to carry through a Brexit process which is acceptable to her right-wing supporters in the Tory party. If she succeeds, this will mean more cuts, greater austerity, even more savage attacks on our public services and a racking up of racism as the Tories deflect the blame on to immigrants and refugees. In Scotland, we cannot remain neutral on the outcome of this election. A victory for a Corbyn-led Labour Party can boost the confidence of working people throughout Britain to mount a serious fight back against the ravages of free market capitalism.

However, there are problems for those who support Scottish Independence with giving backing to Labour in Scotland. Labour has firmly set itself against Scottish independence. Because of this, support for the SNP has grown massively in working class communities across Scotland – not because people have suddenly turned to nationalism, but because they see Independence as the best way of breaking with the politics of austerity and cuts.

Another difficulty is that the leadership of the Labour Party in Scotland is considerably to the right of Jeremy Corbyn and his supporters. Kezia Dugdale has attempted to pin the blame for the politics of austerity in Scotland on the SNP. Unfortunately, her words sound hollow to most people. This is because her backers in the British Labour Party were themselves involved in severe attacks on public services during the Blair and Brown governments, and because Labour controlled councils have also carried out savage cuts. A vote for Labour in Scotland would not be a vote for Jeremy Corbyn.

Due to this there will a temptation for some in the independence movement to simply stand back and call for a vote for the SNP as the best way of achieving Independence. This would be a mistake. SNP councils in Scotland have implemented cuts just as vicious as those carried out by Labour and the Scottish Government, despite all its anti-Tory rhetoric, has done little to oppose austerity or mount a serious fightback.

The policy of independence in Europe, which will be at the heart of the SNP’s election campaign, exposes the fundamental weakness with its approach. Any decision about whether Scotland is a member of the EU is for the Scottish people to decide. It is not acceptable that a Tory Prime Minister, from a party with little support in Scotland, should choose to block, or even delay, a second referendum. Having said that, while it is one thing to recognise the right of Scotland to pursue EU membership, it is quite another thing to advocate it.

To start with, while 62% of Scots voted during the EU referendum to stay, there is evidence that the attitude of most people in Scotland is more sceptical about the EU than this vote seems to suggest. A recent survey of Scottish Social Attitudes showed that 67% of Scottish voters either wanted to leave the EU or wanted it to have reduced powers. With around one third of independence supporters estimated to have voted leave during the EU referendum, tying EU membership directly to Scottish Independence is likely to split the movement.

There seems to be an attitude by some on the left that the EU represents a form of internationalism and anti-racism, which defends workers’ rights against the ravages of the free market. This is far from the case. In Greece, the EU – along with the IMF and European Central Bank – was instrumental in imposing severe austerity – destroying jobs, pensions and social benefits. This same attitude put forward by EU institutions and politicians, has destroyed the lives of working people across Europe. In Scotland, EU rules on competition would not allow us to renationalise the railways or expand investment in public services to invest in renewable energy for example.

While the free movement of people across Europe is to be welcomed we should be clear that this stops at the border of the European Union. The EU is presently paying Turkey billions of euros to keep thousands of refugees out of the EU. They are stuck in temporary camps and left to suffer trauma and depression. Hundreds have drowned in boats trying to reach Europe. The European Union’s attitude to refugees is every bit as inhumane and racist as the British Tory government.

So, what should those on the left in Scotland say about who should be supported in this election?
We should back all those candidates willing to mount an effective opposition to cuts and austerity, oppose racism and the scapegoating of immigrants and refugees and who support Scottish independence. We also need to understand that, while elections are important, they are not a substitute for supporting and working with those taking concrete action to achieve these aims.