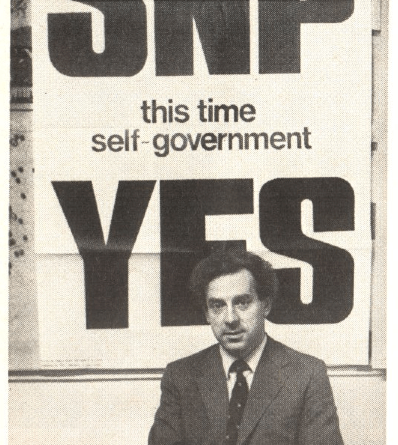 In the 1960s, the Brazilian educator, Paulo Freire, developed a concept he called ‘limit situations’, which he believed can evoke ‘limit acts’. Limit situations are experienced initially as blocks in people’s lived reality and which seem insurmountable like walls. But as their confidence grows and their investigative and creative capacities develop, Freire argued, people can come to realise that limit situations are not places where possibilities end but rather where new possibilities begin.

I believe that in Scotland (and also in England, Wales and Northern Ireland) many people have out-of-date, rigid and impoverished ideas about what is possible. This results from the absence of real democracy in their societies, an absence which is perpetuated by the hostility of many of their elected representatives to such an outrageous notion.

Specifically in Scotland, the concept of independence has been promoted as the legitimate objective of our political endeavours. To me this concept is vague and verging on the unintelligible. It serves as a block to real creative thinking.

The SNP, of which I have been a hopeful member for forty years, since the launch of the Campaign for a Scottish Assembly, has increasingly come to resemble the old British Labour and Tory parties: conservative, centralist, with hierarchical command structures, excessive admiration for national leaders, and overreliance on a narrow circle of advisers.

Another helpful Freirean concept is the idea of submergence, and the need for people to emerge, so that they can perceive more accurately the culture, assumptions and values in which they have been immersed. Scotland, its people, its institutions and specifically the SNP and some of its leaders are still unconsciously immersed in the old British political culture of hierarchy and central command, and unconsciously reproduce these long-established norms of British culture and society in their thinking and action.

I believe we, the people who live and work in Scotland, need to emerge from these age-old centralist, authoritarian norms which generate cowed, authority-dominated cultures and mind-sets through all four countries of the Union. We do not need a Scottish centralism, with Edinburgh as its imperial headquarters, and Alex Salmond and Nicola Sturgeon as big Daddy and big Mummy who manage the show and occasionally fall out (which of course causes deep distress to the children).

What we need at the centre is certainly confident, competent and above all visionary leadership, with an emphasis on vision, not behaviour management. And alongside that, we need manifest de-centralisation to ourselves: to personal, local, community, district and regional levels, throughout the country, where new ideas can be tried and new initiatives can be taken.

The current system of local government is overly hierarchical and now also technocratic and informatic, though still grounded in the antique fantasy of the crown-in-parliament. It has been modified more times than I can remember since John Mackintosh’s seminal book, The Devolution of Power, first emerged in 1968. In each of these successive waves of restructuring, the underlying rationale has always been about larger units, efficiency and streamlining, making me wonder whether these objectives might be better achieved by simply abolishing the population, as Irish writer, Dean Jonathan Swift, once imaginatively proposed. What is needed is not restructuring: we need re-orientation, and re-vision.

We must gently shunt aside and replace these shibboleths, and do so in the present, not in some post-independence paradise which will always remain as out-of-focus as it is now. Let us enable and empower ourselves as citizens, conceived of as persons in relation, in every field of enterprise, service and endeavour. I am old enough to remember the energies released by the cross-party initiatives of Task Force and Young Volunteer Force Foundation in the late 1960s and 1970s. And don’t tell me there are no such initiatives happening today. Think for example of the Scottish Centre for Geopoetics, based on the Isle of Luing, and reaching out across the world.

The people of Scotland do not need independence. What they do need is full self-government, responsible autonomy and interdependence. We are capable of self-determination, working together in collaboration with others. This is also what the people of England, Wales and Northern Ireland need. I see no good reason why the people of Scotland should not lead the way. There is no need to wait for the Westminster Government’s permission. The tired old edifices of Westminster could rapidly be converted into houses and community learning centres for homeless and unemployed people. This is not an invitation to the SNP to abolish itself, but to convert itself into an inclusive and creative popular movement. Over to you, Nicola! If not now, when?

Colin Kirkwood is a poet, adult educator, community activist, counsellor, psychoanalytic psychotherapist and writer. He regards himself as both a democratic socialist and a social democrat. His most recent paper, ‘Adults Learning, Democratisation and the Good Society’ will be published by UNESCO in Convergence in February 2022.

‘They’ll never understand why I’m here’ – James Connolly, the left and the Irish War of Independence