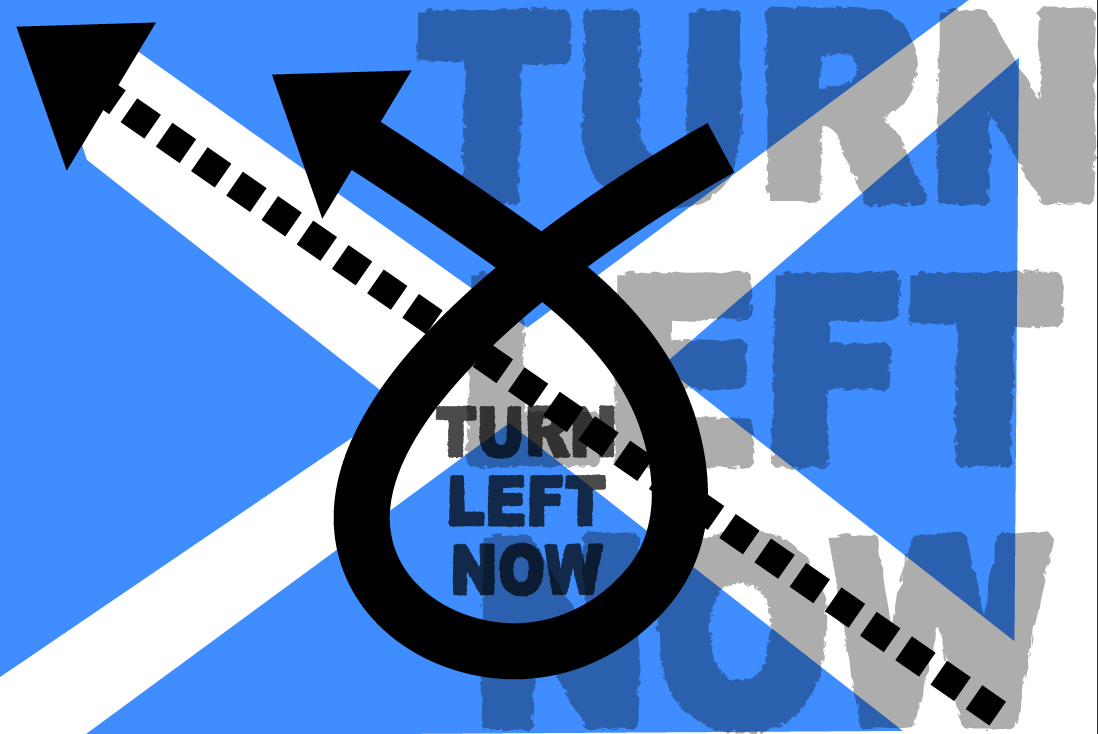 Of saints and sinners: social democracy and socialism

As a socialist in the SNP, it’s difficult to know what message I am supposed to take from the editorial in the last Scottish Left Review (issue 101). The first few paragraphs appear to have been written exclusively for the Labour left and it remains partisan throughout, further on reading like a rallying cry to the Scottish left in general to form behind Labour (where the ‘momentum’ is) in order to take on those pesky nationalists in the SNP. As the Scottish Left Review is a periodical that claims to cater for the Scottish left in general, this is odd to say the least. I don’t have enough space to critique the editorial as a whole, so, I’ll just mention two of the more contentious supporting claims which appear central to the argument.

The first is that ‘Labour is by far the most politically progressive of all the major political parties – and that includes the SNP’. This seems rather a nostalgic claim – not to mention selective (I wonder what our comrades in the Green and various socialist parties might have to say about it, for instance). The second claim is that, ‘…the fortunes of the SNP, not a social democratic party as it claims, has been further dented as it becomes more evident that it has started running out of steam (sic)’. This statement bears very little scrutiny, either in regard to social democracy or the on- going vigour of the SNP.

My reading of the editorial suggests it accepts an oft-repeated axiom of left politics. Socialists should support and elect socialist parties where possible and where none exist (or appear electable) support and elect social democratic parties instead. This is based on a fairly common understanding of socialism and social democracy within the working-class movement to describe our nature, our forms and our historical task.

Thus: you might begin your enlightenment by accepting the claims of social democracy, then you progress to class awareness becoming a ‘proper’ socialist (with some versions adding a further stage as a fully-fledged communist). This individual development of an activist has its corollary in the collective development of a state from liberal to social democracy, through socialism into communism.

Progressive politics tend to cover a rather larger area than social democracy, incorporating liberal attitudes to society held within rather more conservative ambitions. But socialists measure progress on the basis of class advance, so our own idea of progress more or less amounts to social democracy in all but name. The problem remains that without a movement, the terms lack substance.

Historically, Labour has certainly delivered more (progress) in Westminster government in the interests of working-class people than any other party. This is incontrovertible. However, we are now over forty years into the neo-liberal age and throughout this period the party’s achievements have been decidedly more modest (how much of an understatement this is, I leave to your own judgement).

Of course, Labour has always aspired to be the ruling party of the British state and on the occasions it has achieved this goal, it has wielded levers of political and economic power that the SNP never could. The powers vested in Holyrood not only cover a smaller geography but are severely restricted, particularly in terms of macro-economic control. Power devolved is power retained and our discussion cannot ignore this persistent fact. Therefore, we have to be careful that we compare like with like. To compare state powers with devolved powers is an exercise that has limited utility; likewise to compare action with rhetoric doesn’t get us very far.

So, no matter how progressive Jeremy Corbyn and John McDonnell’s rhetoric is, to make a claim like, ‘Corbyn and McDonnell have shown the SNP what bona fide radicalism looks like (in words, if not yet deeds)’ really does look like the editor is clutching at straws. I don’t think it’s helpful to reduce the pursuit of proletarian emancipation to such a rigid (ab-)use of these terms. So much energy is wasted arguing over the point that it just becomes a plughole down which any more interesting or nuanced debate can spiral.

My own conception of social democracy comprises the amelioration or replacement of liberal democracy and the legal and economic institutions it embodies with modified or alternative arrangements which protect the interests of working-class people rather than the owners of land and capital. This is a class-based perspective based on historical materialism and the on-going critique of political economy found in socialist activists and writers throughout the last two and a half centuries or so. I don’t think I’m out on a limb here.

A political party’s commitment to social democracy, therefore, has a lot to do with what they actually achieve in government. This is where that commitment is tested and our position in relation to their actions must be to support working-class gains and to resist working-class losses whilst debating the broader questions of strategy and tactics as we go, promoting our own solutions to these questions. The finer details of social democracy, therefore, are defined and redefined in their historical effect rather than their rhetorical intent.

The social democratic question may be simplified to this, I suggest; how do socialists utilise and transform liberal democratic institutions for proletarian ends? From our perspective, the parliamentary institutions we have access to are Westminster, Holyrood and local government. Our task in the proletarian movement then, is to arm our elected representatives with the tools to affect our ends, confronted as they are by a given set of liberal institutions, including existing policies and laws.

I accept that these matters are up for argument but I think that we have to have this discussion rather than going on pretending that we agree on what we mean in a movement that is not self-consciously social democratic.

By these measures, Labour which is described in the editorial has not yet been tested in government. Although, the party in a previous incarnation had an extended run of power into and through the first decade of this century, that was not a government that we could comfortably describe as social democratic. Before Jeremy Corbyn was elected leader, in fact, there was an extended period where the majority of the party appeared to be willing to try almost anything other than a social democratic approach to policy.

It’s true that SNP politicians have not found themselves able to implement policy with which the students of social democracy amongst us might fully agree. But that is not entirely their fault in the absence of a consistent movement to guide them and we can’t say that they haven’t consulted or been responsive to civil society.

The question remains – how do we rehabilitate social democracy such that it once again becomes a genuine movement that keeps the politicians on track? I think that answers are already being given by the hundreds of thousands of activists who joined first the SNP, then Labour (albeit the latter largely outside Scotland and certainly in response to our democratic micro-revolution).

The lesson for socialists is the same as it always was. Organise. Organise for a democratic, educated working-class movement. Organise a genuine social democracy in our workplaces, in our communities and in our institutions, including our own parties. Get in about those parties and prepare them to deliver in our interests. Don’t blame the politicians (Labour or SNP) for not effecting change when we haven’t been successful in clarifying the change we want and; don’t ask working-class people to trust politicians to do it for us.

Finally, and in response to the partisan element of the editorial: Labour has let us down for forty years and good intentions are not going to convince all Scottish working-class people to trust the party or to give up on independence as an alternative route to social democracy. That doesn’t mean we can’t work together across all parties to meet many of the social democratic aspirations that our electorate regularly vote for or to resist and ultimately defeat the cynical neo-liberal chaos represented by the Tory party.

We face a huge task and one that we would do well to unite around, so I say this to those of you who do not vote SNP already. If you really want to know how the SNP would fare in governing a nation state without actually getting behind Scottish independence, it’s easy enough. Simply accept our offer of a progressive alliance in Westminster.

Agree in your manifesto for the next general election, that if the Scottish electorate again returns a majority of SNP members of parliament, you will commit to having a coalition and SNP members of cabinet, including a Scottish Secretary of State who represents the votes of the majority of the Scottish electorate. In fact, for those Labour supporters who have already conceded the logic of federalism, it is hard to see how you could deny this arrangement whilst continuing to act in good faith with your own position. Of course, you could just resort to splitting the class along tribal lines. After all, they are not all middle-class voters.

Craig Lundie is a civil servant and a lay rep in PCS Revenue & Customs East Kilbride branch. He is secretary of SNP Trade Union Group and a founding member of the Black Triangle Campaign.