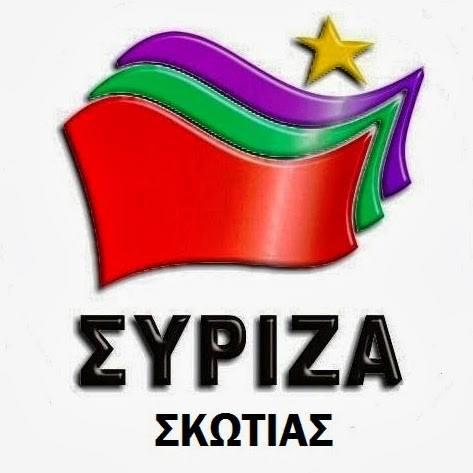 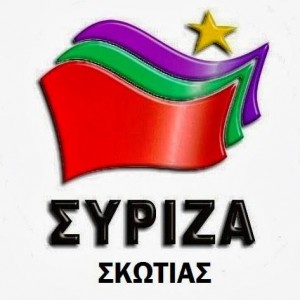 SYRIZA’s victory in January 2015 was greeted with relief by the Greek people, hostility by Europe’s political establishment and enthusiasm by the international Left. It gave out a strong signal that hope can beat fear and that a people can reject the dogma of austerity and democratically chose an alternative path. It also demonstrated that the deep structural crisis of so-called ‘third way’ social democracy can lead it to its annihilation provided a serious contender is in place, willing and able to explore new avenues towards democratic socialism in the twenty first century.

Of course, SYRIZA’s victory took place in the most difficult of circumstances. How then, is it coping? Over the last three and a half months both mainstream and friendly media have predicted either that ‘Grexit’ is only a matter of time, or that SYRIZA has no choice but to give in to the creditors’ demands. Neither of these dooming predictions has materialised.

It is a mistake to think of the negotiation between SYRIZA and Greece’s creditors (European Commission, European Central bank and the IMF) as a sprint. Rather, one should approach it as a marathon that started before the elections and is unlikely to end any time soon. The outcome will only be assessed at the end of the road, that is, when the new settlement between Greece and the European Union is finalised.

That settlement will involve a new agreement on the question of the country’s unsustainable debt that after five years of extreme austerity has skyrocketed to 175% of GDP, or a third ‘bail-out’ loan attached to a new set of conditions that will need to be agreed between the two parties. SYRIZA has made it clear that the first option is what the Greek negotiators are aiming for. Failure to agree is also a possibility, in which case – as Alexis Tsipras has recently clarified – a referendum would be called to let the Greeks decide what comes next.

In the meantime, there have been smaller scale victories and defeats. Clearly, the creditors have allowed for a loosening of austerity measures to the extent that the previous requirements for further cuts in pensions and salaries have been either withdrawn or successfully resisted. The outrageous requirement for a 4.5% primary surplus that had been agreed for the current fiscal year has given way to more realistic expectations.

SYRIZA’s core red lines that involve restoring labour market legislation and reinstating collective bargaining have not been crossed. On the other hand, the last tranche of the bail-out loan has not been disbursed to Greece while the ECB has tightened the noose on Greek banks. Negotiations are held at the level of technical groups in Brussels behind closed doors which means that SYRIZA must constantly put effort into re-politicising the talks. These are, of course, hard facts that strengthen the creditors’ hand. Hence, there are indications that on matters such as privatisations and VAT where the creditors have demanded tax rises for instance SYRIZA may not be holding out as well.

On the domestic front, SYRIZA’s legislative programme has been picking up pace. The focus has been on addressing the humanitarian crisis by giving 300.000 households that live under the poverty line access to food, electricity, housing, heating and public transport; extending free access to public healthcare to the uninsured; making it easier for individuals and small businesses to repay their debts; regulating the media landscape (dominated by the Greek oligarchs) and restoring the public broadcaster that had been shut down by the previous government; abolishing high security prisons and closing down immigrant detention centres.
On the other hand, the government has not been able to live up to its promise to raise the minimum wage to 750 euros, relegating the measure to next year. And, how could it be otherwise given the dire economic situation in the country (which is exacerbated by continued uncertainty)?

Questions have arisen about the relationship between SYRIZA in government, the party and the movement. This is an unprecedented situation where a plural party of the radical left whose vote share did not go beyond 4% within the space of a few years finds itself leading a government. Inevitably, most leading cadres and activists including the youth wing are now engaged in parliamentary or government work. This has left the party in a state of weakness and in search of a new role.

Internal pluralism, including disagreements on the question of strategy vis-à-vis the European Union, is both very poorly understood and instrumentalised against SYRIZA by its opponents and the media. However, it does not represent a real threat to SYRIZA’s unity. A more significant threat to the broader project of social and economic transformation that SYRIZA stands for is that with few remarkable exceptions (such as the protests against the Eldorado Gold mines in northern Greece), the movement has been at a low point since 2012. Active participation, mobilisation and pressure exercised by the labour movement and the great multitude of movements that underwrote SYRIZA’s rise to power are badly needed for the long term success of SYRIZA’s brand of democratic socialism.

Remarkably, the SYRIZA government and Alexis Tsipras himself continue to command unprecedented levels of consensus by the Greeks, with around 70% stating they trust the government to do an honest job in the negotiations. Over 36% would vote for SYRIZA were elections to take place now. The opposition is divided and weakened with the second party, the centre right New Democracy trailing 20 points behind SYRIZA in the polls. Is then SYRIZA living up to its promise? The jury is out and the record is mixed. But there is no turning back. The die has been cast and the SYRIZA leadership is fully aware of the enormity of its responsibility.