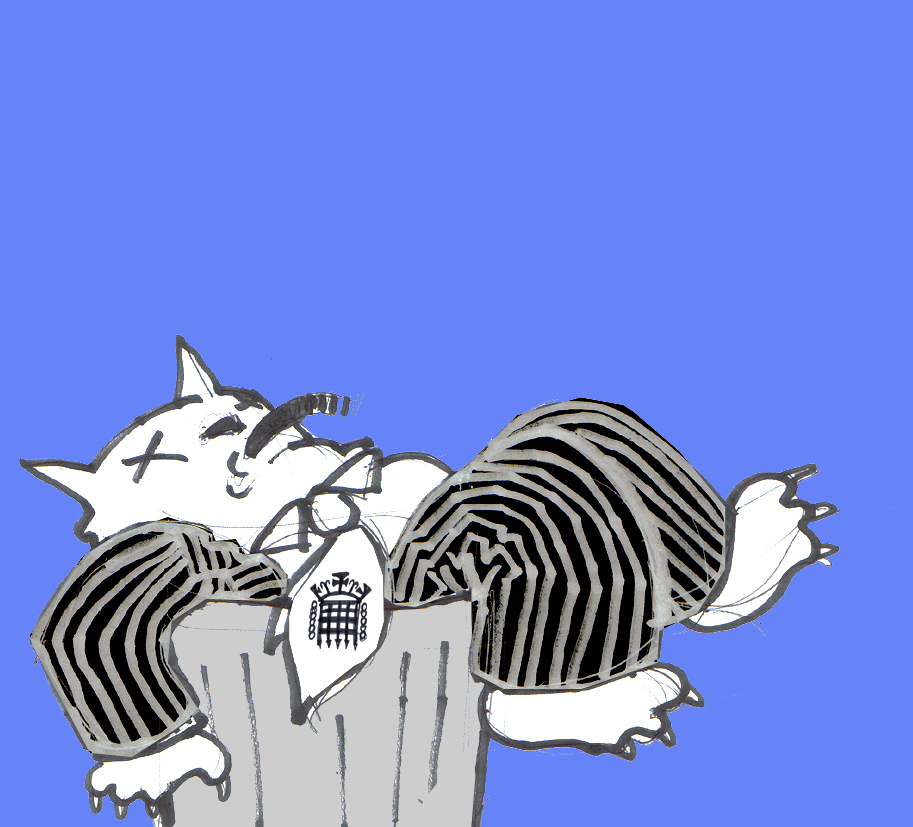 The superlatives have just about ceased; suffice to say the Scottish election result was unprecedented. The election of a majority nationalist Scottish Government brings the potential for constitutional change almost unimaginable a generation ago. Any change however should be driven for the right reasons, with the correct analysis and with it a substantive and evidenced policy base outlining the benefits of any flavour of proposed constitutional change. Likewise any difficulties and deficiencies that might arise from an independence needs to be discussed, as does the all the other options: ‘devo max’ ‘independence light’ etc. This article sets out to contribute to the constitutional debate in a way which raises and revisits some fundamental questions that appear to be forgotten in the current climate. 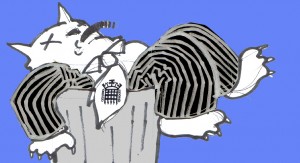 The SLR asked for a contribution defending the Union from a Labour left perspective. However, the supposition of that question requires a certain challenge. Home rule/devolution was pressed largely by the Labour and Trade Union movement. The path to the re- establishment of the Scottish Parliament was not the sole domain of nationalists. And for all the faults of New Labour (many could be chronicled but that is not the purpose here) it is worth remembering it was the Blair Government who delivered home rule. Meanwhile the SNP initially carped from the side-lines and jumped on when, seemingly, it was politically opportune for them to do so (this is being repeated with their attitude to Calman)

So which political institution; UK or Holyrood is best placed to make life better for working people? For socialists and the left in the Labour and Trade Union movement this has to mean an engagement with a consideration of which government is best able to provide the impetus towards a more socially just and progressive society based on equality and fairness. Looking at which political arrangements can help create a society and promote a Scotland, and yes an England, Wales and Northern Ireland, that is independent of poverty, of homelessness, free from privatisation, cuts and the worst excesses of capitalism. There is no fear or concern here from any political model which would achieve these goals.

What represents the best governmental arrangement to achieve those objectives has vexed greater authorities than the authors here. But, truth be told, the question of what institution is best placed to provide progress is a bit of a red herring. Political institutions by themselves don’t achieve fundamental societal change; it is people and political movements which do that. Parliaments only or at least should only, pass legislation which is based around the wants and needs of the people. If there is to be change, it has to happen through changes to our political thinking and subsequent policy decisions.

Nonetheless, we will consider the question in a way that examines political practicalities as well as the current political philosophy underpinning the present debate: it is vital that the policy positions and the core ethos of the SNP are examined. Namely, what type of independent Scotland do they have in mind? However, this article will be measured; we will therefore also explore the current position of the Labour Party in relation to constitutional change.

On ‘devo-max’, like in other areas, Labour needs to re-position itself. The world has changed and so has Scotland.

An examination of the current political drivers takes us back to basics. Any politics based on national identity requires caution. Few would dispute that nationalism of any kind has the potential to be dangerous. Furthermore, we contend that to base your politics, and any answers to profound political questions, on the basis of nationhood alone is highly questionable. Conversely, we are not frightened of constitutional change, if there is a yes vote for independence or any of the other options then it should be accepted as the will of the Scottish People.Despite the gloom and low morale of the vast majority of people in Scotland caused by the current onslaught on their jobs, public services and living standards, the SNP Government at Holyrood proclaim the Scots are beholden by a ‘renewed sense of optimism’; equating their victory with this apparent collective renewal. Such mistaken analysis ignores the concerns of the Scottish People and betrays an inability to understand and relate to the anxieties of workers, benefit claimants, the poor and the unemployed. It also exposes the lack of any class analysis of what it’s like to be an ordinary Scot today.

Independence is promoted on the basis we are ‘aw’ Scots together. But, we ‘aw’ know that’s not true. Brian Souter, Sir Angus Grossart, George Mathieson, Crawford Beveridge and Sir Tom Hunter have nothing in common with the Scottish people facing an onslaught on their jobs and living standards. Working people in Scotland have more in common with other working people in England, Wales and Ireland and everywhere else than they do with rich industrialists and tax avoiders like Jim McColl, even if they were born ‘jist doon’ the road.

However, concerns about the independence the SNP has in mind goes beyond their mistaken belief that that they can bridge the class divide. They appear to have taken sides already. Look at their wish to take control of, and then cut, corporation tax. When the First Minister visited the treasury shortly after the May election, did he call upon Osborne to tackle tax avoidance and tax evasion, to re-double efforts to collect all uncollected taxes and create a system of progressive taxation? Did he call for a financial transactions tax on the banks? Thus, protecting public services and negating the need for any type of the austerity programme. No, instead the First Minister called for cuts to corporation tax, which will suck hundreds of millions out of the economy and benefit the very people who got us into the financial mess in the first place.

A fundamental flaw is the SNP advocacy of Scottish independence within the EU. Perhaps this policy, amongst all the others, highlights the inherent contradiction of SNP policy on independence. How can you have full independence whilst staying within a supra-national institution that writes or directs so much of our legislation? And, which has neo-liberalism at its core promoting the interests of big business over public services.

We should also remember political democracy is not the same as economic democracy. Remember Scotland’s economy is beholden to multi-nationals: is the SNP proposing a Scotland that seeks to develop, nationalised, co-operative, community-owned ventures with locally elected boards? Or, will we simply see a bunch of British right wing bankers and economists replaced with a new group of tartan clad right wing bankers and economists? As Richard Leonard noted in the SLR earlier this year, “political democracy without economic democracy is ultimately hollow and unsustainable”.

We can see why some people would be attracted to an independent state. Some of the policies of successive UK governments since 1979 have undoubtedly run counter to popular opinion in Scotland. However, it was mass UK political mobilisation, led by the British Trade Union movement that led to the great social, political and economic gains of the 20th century. The critical mass that can be gained from being part of a British Labour and Trade Union movement provides greater strength than a Scottish equivalent. And, with that strength there is far greater potential for social, political and economic change. We would do well to remember how the British Labour and Trade Union movement has contributed to our collective well-being and not simply focus on the negative sides of the British state, which after all works against the interests of working people in England as much as in Scotland.

The Scottish Parliament has been a rich addition to our democratic processes. But all parties are now agreed on the need for further constitutional change. The Scotland Bill is going through Parliament; but one could legitimately ask whether the Scotland Bill goes far enough. There are of course other constitutional options; which others, including the Labour Party would do well to consider. Recent contributions to the debate by Malcolm Chisholm and Henry McLeish are welcome. Devo-max or independent light should be examined enthusiastically in a way which explores the potential for meeting the criteria outlined at the beginning: i.e. would a Devo Max system go some way towards abolishing poverty in Scotland? Could we introduce a progressive taxation system in Scotland that sees wealth spread and a Scotland that is fair and just? Could we ensure devo Max protects our welfare system and tackles tax avoidance and evasion? Would devo max allow the retention of universal policies such as free prescriptions, higher education and bus travel for elderly whilst taxing the higher earners at the other end to pay for these policies. Would this help create a Scotland that is fairer, but which allows us to retain our links with our brothers and sisters elsewhere in the UK?

Currently this is not a position being openly supported by the Labour Party in Scotland. On this, like in other areas, Labour needs to re-position itself. The world has changed and so has Scotland. Labour has to change with it. As Richard Leonard said recently

Labour needs a vision of the kind of society we want to build, an up to date, relevant, compelling case for socialist transformation, rooted in peoples, everyday experience….That means that Labour needs to rediscover its purpose and its soul and so win the battle for hearts as well as minds. To do that it must become less of an electoral machine and more of a political movement (SLR, Issue 65)

The conditions are now right for change. There is a once in a generation opportunity to advocate a different way, indeed a Better Way as espoused by the STUC and their affiliates. This would represent a move away from the failings of the excesses of capitalism. British people are now suffering from that failure in a way which has made them question the central political and economic orthodoxy on which the UK has recently been built. And for those who question that assertion, we suggest that people know it’s failed because they are experiencing its failures everyday of their lives.

The implications of all proposed constitutional change require a thorough examination by all political parties and indeed all Scots. The present level of debate is simply not good enough. Progressives on the left also need to re-examine where they stand; both in terms of the constitution and where we are at more broadly; politically and, ideologically. If we do that we can again create the political movements and mobilisations which can lead to progress at all levels of society and government. Without that political lead things will remain as they are, whatever the constitutional arrangements, and it will not matter to the Scottish people who are cutting their services and their jobs; remember a cut is a cut no matter how local the butcher .

In conclusion – whilst the SNP bask in the triumphalism of their historic victory we need to get down to the real substantive debate around the future of the country where all facts and connotations are laid forth to the people. The role of the Labour and Trade Union movement has to be in evaluating and recommending just what arrangement is most appropriate for ordinary people. Nothing else will do.