Greens find it too easy to resort to opposition to policies which are harmful to the environment, argues Peter McColl. If they are going to make a breakthrough they are going to have to sell a more radical agenda.

In the 2009 Rectorial election at Edinburgh University New Labour grandee George Foulkes was on his way to defeat by Iain Macwhirter. Foulkes couldn’t escape the consequences of voting for tuition and top up fees, ID cards and the war in Iraq while an MP. He was unable to make his local campaign issues (like refurbishing theatres) play. He was heading for an inevitable defeat. So he turned to his trump card – crime on campus. The move by the Labour party to capturing law and order as an issue for the party was seen by Blairites like Foulkes as fundamental to their electoral success. It was so effective that it became the issue to which the Labour party returned time after time. There were more Criminal Justice Acts in the 13 years of Labour government than ever before.

Foulkes’ campaign resulted in a remarkable failure. Students thought the notion of crime on campus was daft. There are three key lessons for Greens in this. The first is that campaigning in your comfort zone (in the case of Foulkes, this was crime) almost inevitably results in failure. The second is that some issues just don’t resonate with the electorate – students didn’t see crime as an issue. The final lesson is that even if the issue resonates with the electorate you might well not win votes because voters suspect your motives.

In Scotland Labour repeatedly legislated on anti-social behaviour and argued for tougher sentences. The defining issues for Labour in Scotland after its 2007 defeat have been justice issues. Early release, mandatory sentences for knife crime and the Megrahi issue have all been bread and butter for the party.Itlookslikethekeyissuefor Labour in the 2011 election will be crime and justice. This has become New Labour’s comfort zone. It’s somewhere that they feel comfortable. They have the moral high ground, they can attack other parties, and they know from focus groups and polling that it is popular. We allremembertheConservativesrunning the 2001 election campaign on Europe. William Hague had a countdown to the election in which he would proclaim that the electorate had “12 days to save the Pound” or whatever. This was popular, whether or not it was right. Most people agreed that Britain shouldn’t enter the Euro. But it was in the comfort zone.

The reason that staying in the comfort zone is so problematic for political parties is that any one issue is not enough to win a vote. People agreed with the Conservatives on Europe. But they wanted a competent government. So they voted for Labour. The Euro simply wasn’t important enough as an issue. Almost any voter makes their decision based on a complex set of information. Some of it is about historical voting behaviour. Some is about policy, other voters choose candidates that they trust in parties that they don’t. Every political party has its comfort zone. It is sometimes about particular issues. Sometimes it’s about appealing to a particular type of person. Often it’s both. We all know what the comfort zones are for parties. For Conservatives it’s Europe. For New Labour it is crime and for the Liberal Democrats it is proportional representation. These are issues where parties are almost always in agreement with the majority – or at least a section of the electorate substantially larger than their vote. They are issues that play well in focus groups and in polls. Many people will list them as their real concerns. 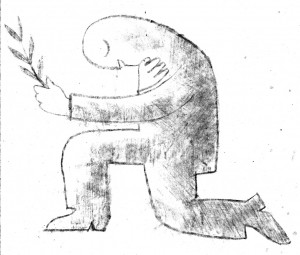 This is a difficult area for Greens. As a radical party the number of voters needed to make a significant breakthrough is relatively small. With just 10 per cent of the vote Greens could be very significant players in Scottish politics. But Greens need to be very careful about the politics of their comfort zone. Opposing the additional Forth Road Bridge is absolutely the right thing to do. The cost of at least ú2bn will be crippling to the public finances at a time of financial constraint. The Bridge is not needed, as the existing Bridge can be repaired at a fraction of the cost, and with only moderate disruption. This, though, runs contrary to a narrative built up by the media and bought into by politicians that a second crossing is needed just in case the existing bridge can’t be repaired. To explain that this is not the case takes considerable time and effort. That’s time and effort that no campaigner has. A good campaign has to resonate immediately with its audience. The campaign against the additional Forth Road Bridge is just too complex to be communicated easily. That’s not to say that Green Councillors and MSPs shouldn’t highlight the massive opportunities to spend the money that would have been used on the additional crossing. And here’s the crux of good campaigning. The issue is, really, what we should spend the money on, not why we shouldn’t spend it on a bridge.

There’s another reason why Greens need to widen their appeal. The appeal of environmental issues is simply not enough to ensure that Greens are able to win enough elections. Green politics goes way beyond the environment. It has a foundational critique of the consumerist, market driven society and economy we live in. It is this that will return more Green members to Councils, the Scottish Parliament and other bodies. These representatives, with their very presence and by their actions will put the environment up the agenda. They will also fight for a fairer, more equal, more just Scotland.

The development of the SNP provides an interesting blueprint for Greens in this area. After the first significant breakthrough in the 1960s Winnie Ewing’s by-election victory in Hamilton the SNP focused on Scottish identity as the way to achieve an independent Scotland. The party was about ceilidhs and the Gaelic language, and that appealed to substantially greater numbers of people than voted SNP. This was enough to elect 11 MPs in the mid-1970s. It was not enough, however to resist the squeeze election of 1979, where the SNP were wiped out. A group including Alex Salmond and Roseanna Cunningham tried to widen the party’s appeal beyond cultural Scottishness. While the SNP sought to expel these people (and in many cases succeeded), it was Alex Salmond that finally led the SNP to power in 2007. This was done by focusing on a wider politics than that of ceilidhs and language- promising to cancel graduate debt and bridge tolls and to keep hospitals open and end PFI/PPP financing of public projects. These policies very effectively positioned the SNP as a party that had the interests of Scotland’s people at heart, rather than an interest in independence at heart.

The third element of a political strategy that Greens must embrace is an effective recognition of the value of identity politics. This means Greens must find way to link the issues with which they are associated with Green issues that have a broader appeal. This means that instead of talking about recycling Greens should promote the jobs that can be created by recycling projects. Instead of opposing Bridge projects, Greens should support investment in Green infrastructure, like the reopening of branch rail lines. It can be clear where the money will come from, but it also associates Greens with a positive and popular measure – and one that delivers social and environmental benefits too.

It is very important in developing a successful political party to persuade voters that you have their interests at heart. Understanding the ‘Nixon to China’ concept is important here. Richard Nixon was able to go to Communist China and re- establish links with the country because he was a conservative. Had he been a liberal Democrat his actions would have been seen as undermining American foreign policy interests. As it was, his actions were tolerated as he was clearly acting in the interest of American international trade. Only certain politicians will be trusted to take certain actions. This is important because voters attribute motivations to politicians and political parties. A proposal by Conservatives to bar recruitment of health professionals in developing countries is likely to be seen as racist, but Liberal Democrats could convince the electorate that they were doing it to protect health services in poorer countries. People evaluate the motivation behind the actions of politicians and parties to understand what they stand for.

Greens have a durable and popular set of values. We believe in equality, human rights, quality of life, global justice, prevention not cure and environmental justice. To only talk about environmental issues is to do these values a disservice. It narrows the number of people who will vote Green. And most of all it makes it more difficult to take action in these areas

The 2010 election provided an excellent example of how voters distrust politicians’ motives, even if they agree with their policies. Almost no one disagrees with having a better society, with more social connection. So when the Conservatives suggested that ‘Big Society’ was the answer to Britain’s problems you would assume this was popular… Well, it wasn’t. People believed that it mean stopping the state from paying for vital services. This was because people couldn’t understand sufficiently what it would mean other than ending state funding. And the Conservatives have a track record of removing state funding from vital services.

Greens have a durable and popular set of values. We believe in equality, human rights, quality of life, global justice, prevention not cure and environmental justice. To only talk about environmental issues is to do these values a disservice. It narrows the number of people who will vote Green. And most of all it makes it more difficult to take action in these areas. Surely it is much better to make a broad appeal on the basis of all Green values.

Caroline Lucas and Adrian Ramsay, the Green candidates who did best in the 2010 election, both fought campaigns based on these broad sets of values. Lucas was elected on a platform of defending public services, while Ramsay doubled his vote in a campaign focused on opposition to student tuition fees, hospital closures and for a living wage. There is no reason why Scottish Greens shouldn’t prioritise these campaigns. It is much more likely to yield success than yet more campaigning against roads and bridges and for more recycling. Those are things that Greens can deliver once elected, much more than things on which Greens should seek election.