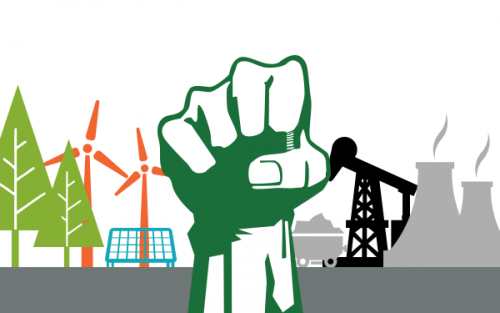 Gordon Morgan exposes the crazy circumstances in which green energy is unnecessarily made more expensive.

Far from encouraging renewable energy in Scotland, Office of Gas and Electricity Markets (Ofgem) and which supports the Gas and Electricity Markets Authority, actively discourages any new generation in Scotland. Moreover, it is consulting on increasing the amount of electricity imported from Europe rather than from Scotland. These facts are highlighted in a February 2021 report from Scottish and Southern Energy Networks (SSEN) Transmission and a May 2021 Renewables UK report (see links at end). Electricity generators are charged for connecting to the grid and separately for distribution to customers. There are four tariffs, the most significant being the wider geographical tariff.

The SSEN report states that under the wider geographical tariff, an offshore wind farm such as Beatrice off Aberdeen is charged £11.5m pa (£4.50/Megawatt hour (MWH)) to connect to the grid, whereas a similar sized wind farm off London, Greater Gabbard, receives £2.1m pa (-£1.09/MWH) for a similar connection. Taking all the tariffs into account, ‘North Scotland’ is charged £7.34/MWH and ‘South England’ around £0.40/MWH. This situation is forecast to get worse and by 2025 the north of Scotland could be charged £10/MWH and the south of England around £0.08/MWH.

This can result in the costs of a windfarm in Scotland and, hence, the price of its electricity being 15% higher than an equivalent in England. Moreover, these charges vary year by year and are unpredictable more than a year in advance. The result is that prospective developers of wind farms are discouraged from making what could be 10-year investments.

This is not a new situation. Since 2005, Scotland has been part of the single UK transmission network which costs around £2,400m pa to maintain, including profits to the three energy networks (SSEN, Scottish Power Energy Networks and National Grid Energy Transmission). However, rather than a single per megawatt charge per customer across Britain, each generator is charged based a combination of the four tariffs including the wider geographical tariff which splits the UK into 14 regions (excluding Northern Ireland). It is this that specifies the cost difference between the north of Scotland and the south east of England. The situation is even worse for island communities which could easily build wind farms but are prevented by high connection charges even although all the power is used on the island.

The system may once have made sense. It was designed to discourage new generation in unsuitable locations, e.g., new coal or gas power stations. This works in a situation where most of the energy cost was the cost of fossil fuels: coal, oil and gas. It makes no sense to continue these charges year-after-year for free energy produced by wind or solar where the only significant cost apart from the construction of the wind or solar farm itself is the up-front cost of cables to the grid, being an initial connection cost. Moreover, one of the major disincentives to ‘repowering’, i.e., replacing old turbines with larger new ones, will be these ongoing charges. These wind farms are already connected to the grid, so there is no additional cost to continuing the connection. However, faced with the cost of replacement turbines combined with ongoing connection charges often no ‘repowering’ takes place as it is uneconomic to do so. In a situation where the UK needs to triple its generation capacity, this makes no sense and explicitly disadvantages new generators in Scotland and, indeed, industries attracted to the potentially low cost of energy in Scotland.

All this puts the objective to make Scotland the lead generator of green electricity at risk. Given the price of recent auctions, large wind farms energy is expected to come in at £47/MWH and may fall to £35/MWH later this year. However, if £5.50 has to be added in connection to the grid plus whatever is charged by Scottish Crown estates, Scottish consumers could pay 20% more for electricity unless capped.

The underlying tariff system charges are set by Ofgem which has so far been given no instruction by the UK Government to ensure Net Zero carbon emissions are reached. According to the UK Government’s Net Zero white paper published last year, the issue of transmission charges was supposed to be issued for consultation. Yet Ofgem has done nothing so far. This has subsequently been raised by Scottish Wind, and MPs in the Commons, with the UK Government as an issue preventing the auction of the new round of offshore wind permits – which is due soon – as well as the projected next round of Contracts for Difference auctions – which are due in December. It seems likely that charges will continue for this year and that any consultation will be designed to conclude before the end of this calendar year.

As the total cost of the transmission system is set to fall marginally per MWH as its capacity triples, it makes far more sense to charge businesses and consumers on their electricity bills rather than the generators for providing the transmission cost of this power. Consumers and most businesses already have this in their bills as charges to generators are passed on to the electricity companies who in turn charge customers. Overall, no additional net charge across the UK will result. Although there is a cap on end user bills, on average bills are higher in rural ‘North Scotland’ communities. An initial connection charge could be made for laying cables to new generators, but this would be predictable prior to starting the project. Clearly where projects have commenced generation under Contracts for Difference which guarantee a fixed payment, the removal of connection charges could result in super-profits so an adjustment to the guaranteed price could be made.

However, the principle that a consumer or home in the south of England should pay the same per MWH as the north of Scotland is one that surely can be instituted under a unified electricity system or else the case for Scottish Independence is inescapable. Resultant increased bills in ‘South England’ could be phased in over a year. Given the overall cost of £2.4B any variation is likely to be less than £10 per year. Savings in Scotland could be much higher. The reduced costs to generators and encouragement for renewables would more than compensate.

A revision to the rules could be combined with an increase in the Carbon Tax floor to around £50/CO2 ton as recommended recently by the International Energy Agency and under discussion at the International Monetary Fund (IMF). This would complete the divestment from coal, end coal generation completely and ensure that gas and oil power stations are only used in extreme cases. Consumer gas prices could be fixed and increases phased in slowly in line with boiler replacements.

The aforementioned Renewables UK report goes further in highlighting the effect of interconnectors which transmit electricity from Europe to the UK and occasionally the other way – to date 90% is imported compared to 10% exported). It is projected that by 2030, 30% to 36% of electricity could come through interconnectors. However, European generators do not pay the same price to connect to the grid. Indeed, in 20 countries generators are charged nothing. The report calculates that on average European generators pay £0.46/MWH whereas generators in ‘North Scotland’ pay 16 times as much: £7.36/MWH. Thus, we are importing electricity from often coal fired generators or gas generators rather than from expanding clean Scottish generation. It also means electricity consumers in Scotland pay more to heat their home.

On the issue of interconnectors, Ofgem seems to have dug their heels in. They seem determined to expand their use over the next 10 years. It argues that they have kept the lights on over the last years and are cost effective. Ofgem has, however, had to try and justify this into the future. To this end they set up 4 workstreams to assess: 1) the cap and floor system; 2) socio-economic models; 3) wider issues of interconnectors; and 4) multi-purpose interconnectors. The first two of these have reported and the other are out for consultation, having been published 18 June and closing on 16 July.

It is worth pointing out that the first set of connectors are being built by National Grid Ventures, an unregulated part of the mega-profitable National Grid PLC which as well as running the electricity network in England and Wales runs much of the US network as well. The cap and floor regime guarantees the owner of the interconnector will recover their costs and profit at an internal rate of between 4.5% and 6.7%.

Ofgem has been forced to concede that the economic case for new interconnectors has been undermined, particularly for peak demand. Indeed, it shows a total welfare loss of £682m for the three proposed interconnectors to France, Germany and Norway. The socio-economic models are based on a report by AFRY which concludes that over time the UK could export more energy than it imports, thus, damaging the domestic case for interconnectors by raising bills but making money for National Grid PLC among others.

Despite this, the Ofgem consultations state: ‘We recognise that the allocation of benefits from the modelling suggests a negative impact on GB consumers from a socio-economic standpoint, however we consider that the modelling methodology and assumptions underplay interconnectors’ socio-economic value. It is also important to consider that in our modelled scenarios GB prices are materially lower than present day, so consumers are already better off; the role that interconnectors play in these scenarios is therefore different. The wider benefits that we expect interconnectors to deliver in the future, as discussed in workstream 3 of the review, are not captured in this socio-economic assessment’. This is sophistry – it commissioned the AFRY report and then choose to ignore it. As many as possible need to respond to these two consultations by 16 July.

To sum up, interconnectors distract from developing adequate generation capacity in the UK. They also divert cable laying boats which are in short supply from connecting wind farms. They may have helped meet a need over the past years. However, building 40GW offshore windfarms by 2030 and the much greater capacity from other technologies to reach net zero requires no distractions and greater investment in Scotland and the UK.

Reform of transmission charges to remove geographical charges and provide certainty to developers and lower costs to Scottish consumers is a must. We must continue to press the UK Government to instruct Ofgem to adapt their cost allocation formula (Transmission Network Use of System, TNUoS) to ensure Net Zero. The principle that a consumer or home in the south of England should pay the same per MWH as the north of Scotland must be included in the new formula. This will provide equity in energy bills between consumers in England and Scotland where most generation will be located.