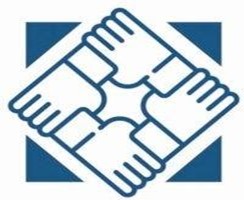 Neil Findlay left the Scottish Parliament in May 2021 after 10 years of being a Lothian list Labour MSP. With two others, he has now set up the social enterprise called Unity Consulting (https://www.unityconsulting.scot/). Neil was born in 1969 and, after leaving school in 1986, became an apprentice bricklayer in his father’s business, and spent ten years working there. During this time, he also studied at the University of Strathclyde, gaining a Bachelor of Arts in Geography and Politics, and going on to become a housing officer in 1996. After working for Almond Housing Association in Livingston for seven years, Neil completed a PGCE at the University of Glasgow in 2003 and became a teacher in Falkirk for the next eight years.

When did your interest in politics begin?

I live in Fauldhouse, a mining community in West Lothian. I was 14 when the miners’ strike started and was politicised by it. None of my immediate family worked in the pit but my granda on my mum’s side was a miner and the influence and culture of living in a coal village was hugely influential. I couldn’t understand why the government wanted to put my pal’s da out of work. I watched every bit of the strike on TV and Scargill, McGahey and Heathfield became my heroes. Following the strike came the poll tax which reinforced my belief that politics was about class. I was hooked.

When did you become active in politics?

I went to an anti-poll tax meeting in the miners’ welfare club. Dennis Canavan, then a Labour MP, was speaking. After the meeting my pal’s mum who was chair of the local Labour party branch asked me to come into the meeting which was in the same building. I did and listened to the guest speaker, a young ambitious Stirling council leader who was urging members to support the campaign for a Scottish Parliament. It was Jack McConnell. I agreed with him on the need for a Scottish Parliament and from that day on I became a political activist.

What were your formative influences?

In terms of causes the strike, the poll tax, hatred of Thatcher and what she was doing to my community were hugely influential. On a personal level my political influences were Tony Benn, the greatest political communicator of my lifetime and Tam Dalyell, my local MP who took me under his wing. He and I could not have been more different. He was an old Etonian who came from an aristocratic family and lived on a big country estate. I went to my St Kentigern’s Academy, worked as a bricklayer and lived in a council house but we struck up a great friendship and he saw something in me. He regularly called me to ask for advice and my opinion on issues of the day, he became my mentor and tried to get me to take over from him at the 1997 election but I said no as I had no interest in going to Westminster. Thankfully, we convinced him to stay on. He was a political giant, great man, with the utmost integrity, completely fearless and a dogged, skilled campaigner – he taught me a huge amount. I was honoured and privileged to have been asked to do one of the eulogies at his funeral. I miss him greatly.

What led you to seek election in 2003 to the West Lothian Council for the Fauldhouse and Breich Valley ward?

The sitting Councillor was standing down after decades of service and because I had been heavily involved in helping organise local community campaigns – opposing landfill and opencast developments – I was asked to stand, so I did. By that time, I had been to night school then university and worked in the social housing sector. I was more confident and knowledgeable and felt the time was right.

What would you say were your achievements and highlights as a councillor?

Undoubtedly, the highlight was representing people who I lived amongst and a community I love. I was able to drive key local projects such as a new £7.5 million partnership centre bringing all public services under one roof in a new building and the creation of a very successful community development trust that goes from strength to strength. I was also involved in negotiating a community benefit deal with windfarm operators that brought hundreds of thousands of pounds into the community. I was also proud to be involved in campaigns to demolish poor housing and a number of educational and environmental projects.

You were re-elected in 2007 but then choose to seek election to the Scottish Parliament in 2011. What was your motivation?

I had built a decent reputation for organising effective campaigns and some of my pals in the trade unions and the party encouraged me to stand. I have never really been an ambitious person but the encouragement from them and my family made me put my name forward.

What would you say were your achievements and highlights as an MSP?

I am very proud of putting together a team in my office who always prioritised constituents. We relentlessly pursued cases on behalf of constituents and did everything we could to help them. I am also proud of the work I did raising the profile of many campaigns such as blacklisting, the spycops scandal, drugs decriminalisation, miner’s justice, the transvaginal mesh, social care, and the children’s ward at St John’s hospital. I forced three independent reviews of policy, introduced a Members’ Bill that was legislated for, secured a mesh injured women’s fund and the Miners’ Pardons Bill going through parliament just now.

I am 100% convinced that had I not stood there would have been no Jeremy Corbyn as UK leader and no Richard Leonard as Scottish leader. I say this because such was the situation in the aftermath of the 2014 referendum and 2015 election we could have had Keir Hardie as leader and we would have still gone down to the biggest defeat in our history. Had I won, I would have had a very different policy agenda and approach but would still have suffered a huge defeat largely because of the fallout from the disastrous Better Together fiasco. That would have led the Labour right wing and party establishment to say, ‘that’s what happens when you elect a left winger, don’t vote for Corbyn or Leonard.’

You were also the Scottish campaign chief for Jeremy Corbyn during his 2015 leadership bid. Looking back on those times, what did the left get right and wrong?

I was delighted to chair Jeremy’s campaign on both occasions: those were exciting times. We brought together a great team who got the campaign tactics right, the policy agenda right and the grassroots mobilisation right. We campaigned on a popular socialist agenda that enthused a new generation and brought back many who left us over issues like Iraq. When Labour defied the pundits in 2017 the establishment and media shat themselves at the prospect of Labour victory at the next election and with the help of opponents within his own party they unleashed the hounds of hell on Corbyn and anyone and anything associated with the project. The treatment of Jeremy was a shameful, disgusting way to treat a good, decent, compassionate human being.

Why did you choose not to seek re-election as an MSP in 2021?

I am someone who knows in my gut when to move on and felt that the time was right to make a contribution in another way. A few years previous my wife was ill – she is thankfully back to full health – and I know it’s a bit cliched but that time did make us reappraise our lives. Whilst I loved working on behalf of constituents, meeting different people and my campaigning work, I felt that life is too short to be ground down by never ending internal party wrangles with people who have been at the forefront of Labour’s decline over the last 20 years. It was time to move on.

You launched Unity Consulting along with Tommy Kane and Michael Sharp. Tell us about why it is needed right now and what is seeks to do.

The business community and financial sector dominates the political agenda in Scotland. I have seen first-hand how they work and how charities, trade unions and community groups are too often ignored. Unity Consulting Scotland is a not-for-profit social enterprise that was set up to help provide research, campaigns support, political and media advice. Some of the projects we have been working on are with the joint rail unions on the future of Scotland’s railway, the BFAWU bakers’ union on the right to food, the FBU firefighters’ union on COP26, pay and funding for the fire and rescue service, a local food charity on developing food dignity for all and Scottish Hazards on the health and safety of workers. We are very pleased with how things are going and look forward to working with more groups in future.

So, would it be true to say you have followed Tony Benn in leaving Parliament to spend more time on politics?

Absolutely, I am a campaigner as are Michael and Tommy, it’s in our blood. We will always be involved in grassroots campaigns, union and community work and socialist politics. We believe we have a lot to offer the movement and want to help use our skills and knowledge to advance causes and deliver for our class.

You’ve also started publishing a number of books like ‘Socialism and Hope: A journey through turbulent times (Luath 2017), ‘Life in the Raws: Memories of a Shale Oil Village’ (Luath 2020) and ‘If You Don’t Run, They Can’t Chase You’ (Luath 2021). What has been your motivation here and what do you hope will be achieved?

I enjoy writing and hope that what has been published is interesting and thought provoking. ‘Socialism and Hope’ is about my involvement in campaigns, the referendum and Corbyn campaigns. ‘Life in the Raws’ is my granda’s memoirs of his life and work growing up in a West Lothian shale mining village and ‘If you don’t run, they can’t chase you’ is a collection of accounts of class heroes who have been at the forefront of major social justice campaigns. Their stories are fascinating, educational and hugely inspiring. I hope they will motivate a new generation of campaigners and activists.