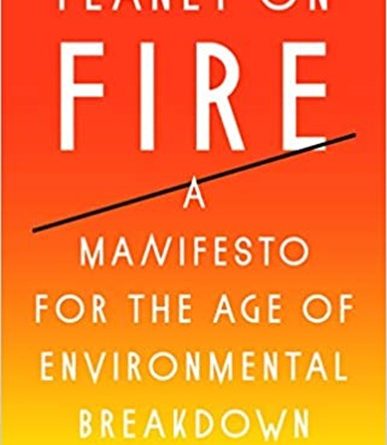 As the climate crisis comes into sharper relief by the day, it is no exaggeration – if perhaps something we have heard in previous years – for the UN to describe 2021 as ‘make-or-break’ for our planet’s future. Glasgow’s COP26 should focus the minds of global leaders while communities at the sharp end of extreme weather events need no reminding that the impact of human damage to the planet is being felt here and now.

If the left has struggled to cut through on how the climate crisis has ultimately been driven by capitalism, two books support thinking as to how both political and practical progress can be made. In Planet on Fire by Laurie Laybourn-Langton and Mathew Lawrence (Verso, 2021) and Overheated: How Capitalism Broke the Planet and How We Fight Back by Kate Aronoff (Bold Type Books, 2021) the message is clear: we cannot rein in climate change without radical upheaval of our economic model.

Written from a UK perspective, Planet on Fire concentrates on the global challenge we face and is devastating in describing the urgent need to act. Its authors unapologetic in their insistence that the climate crisis must not be depoliticised; so far as they are concerned a politics of ‘eco-socialism’ must be adopted. Charting the impact of human extractivism from the early expansion of farming in the middle-ages, via the destructive global reach of imperialism, to today’s supercharged ‘late capitalism’, the book also leaves no doubt that climate change is intrinsically associated with historic global inequalities. The section of global society which has contributed most to the destruction of our natural world – think of Jeff Bezos’ four minute space vanity trip – is also likely to be the most protected, while those in the global south feel the brunt. 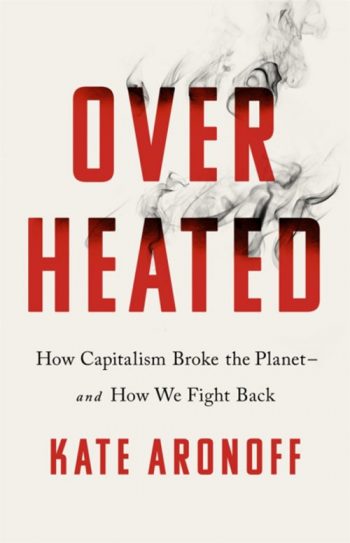 Lawrence and Laybourne-Langton’s have made an impact on the left with this publication and their proposed solutions are persuasive and clear. Their ‘Manifesto’ attempts to provide a playbook that will turn theory into action. Hopefully, decision-makers and policy wonks are paying attention. Importantly, though, there is a pragmatic optimism in Planet on Fire that offers a refreshing antidote to some of the defeatist rhetoric that has emerged in the climate debate and permeated into mainstream society recently.

One of the most-watched Netflix releases this year is Bo Burnham’s masterpiece ‘Inside’ which echoes the pessimism these two books seek to rebut. Burnham is only half-joking when he sings ‘twenty thousand years of this, seven more to go’ and it is worrying that climate defeatism seems to be taking hold on the mainstream psyche.

Writing primarily from a US perspective is Kate Aronoff’s Overheated. It is making waves on the left and in the mainstream environmentalist debate. Aronoff echoes some of Planet on Fire’s optimism, recognising that the ‘misanthropic streak’ of environmentalism needs to be turned on its head to get people behind the movement and for progress to be made. ‘The eco-pessimists … argue that hardwired flaws of human nature mean it’s time to come to terms with the troubles ahead. It’s too late. Hole up and learn how to die.’ Aronoff argues that this unfortunately all too common view is in fact its own type of climate denial, warning too that we must not allow environmentalism and anti-democracy to become intertwined.

The prospects of ‘eco-fascism’ or ‘eco-ethnonationalism’ loom if we do not recognise these facts and Aronoff brings clarity to need for the climate debate to confront inequalities of power: ‘A Green New Deal isn’t just about subbing one form of energy for another as all else stays equal’. Collectivism is in our nature and we must fight to eradicate the hyper-individualism forced upon us by neo-liberalism which drives consumption, our thirst for ‘growth’ and, as a consequence, global heating. Whether overly optimistic about the human condition or not, Aronoff’s hope must be held onto, and is an important message for the left to bear in mind.

A significant contribution to the debate, Overheated is another book we should hope is picked up by those with their hands on the levers of power. Whether global leaders wish to call it ‘socialism’ or not, Aronoff is clear: we are social beings and we need a social response to the climate change driven by a strong form of government that stands up to corporate capitalist interests.

Overheated has been described as Aronoff’s ‘life’s work’ but the impressive rigour of her contribution belies her youth. There is more to come from Aronoff and we can expect her to make a growing impact.

The IPCC’s report in August 2021 put beyond doubt the scientific facts of climate change but was weak on calling out the fundamental causes, leaving it to others to name the neo-liberal order, its origins in imperialist greed, as the primary cause of humanity’s unrelenting destruction of earth’s natural resources. Both books are unequivocal that our economic model needs a radical and urgent overhaul if we have any hope of saving the planet. They begin to sketch out a blueprint, rooted in socialist politics, for how we might salvage some hope for future generations. If ‘capitalism broke the planet’, only anti-capitalism can save it.