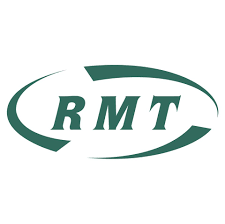 Mick Lynch says the RMT will stand firm against gangster capitalism and to defend workers.

The sacking of 800 P&O workers in March shocked and appalled the entire union movement. The callousness of the decision with no thought towards the livelihoods it would destroy or the inevitable damage it would wreak on a struggling industry was not something we’d seen in Britain for many years. CEO Peter Hebblethwaite admitted under a grilling examination by exasperated MPs that he knew the company was violating the law. He went on to justify this flagrant breach of employment law by saying no union would have accepted the company’s terms. This is one thing we can agree on.

These gangster capitalists then proceeded to hire handcuff wielding private security firms to board ships and force our crews to disembark. This ruthless and intimidatory behaviour represents a new low in UK industrial relations. Other companies across the economy will look at the example set by P&O, the fact there was no real sanction applied to them and wonder if they can get away with that kind of industrial vandalism against their workforce.

The RMT has not taken these developments lying down and has launched a series of protests at ports across the country and staged rallies outside parliament with strong support from across the political spectrum. Transport Secretary, Grant Shapps, has blustered his way through the crisis while refusing to take the action necessary to secure the jobs of the 800 sacked seafarers. RMT has worked closely with Nautilus and the International Transport Federation (ITF) to keep up the pressure on the Dubai-owned company. And we will continue our ‘Fair Ferries campaign’ so we can achieve justice for all maritime staff.

The problems for P&O do continue as we predicted. New agency crews, some paid as low as £3 an hour, are unable to crew and operate the vessels safely. Some P&O ships have been prevented from sailing due to among other things, failing structural integrity, fire safety equipment not being properly installed and evacuation mechanisms not being up to standard.

ITF inspectors, who routinely assess ships for welfare issues, have been prevented from boarding, in unprecedented moves by port authorities and P&O has sacked under-trained, under-paid crew members, exacerbating this crisis of their own making. As a union, we question seriously if P&O ships are safe for the travelling public to use. You cannot sack 800 skilled professional staff in a safety critical industry like maritime and expect everything to be smooth sailing afterwards.

The only language a company like DP (Dubai Ports) World (which owns P&O) understands is the one of profit and loss. That’s why we are calling on the travelling public to ‘Boycott P&O’ and to support our protests at ports across the country. Companies must know that where workers are threatened and badly treated, the union movement will respond in kind. And, in the case of P&O, it has shown how desperately our unions need to be unshackled so secondary action by trade unionists in solidarity is allowed. Until such a day, we will keep fighting and organising and with the unity of the entire labour and union movement, we can achieve justice at P&O and across the maritime industry.

Mick Lynch is the General Secretary of the Rail, Maritime and Transport (RMT) union

Fight>Win>Fight>Repeat when the shit hits the fan