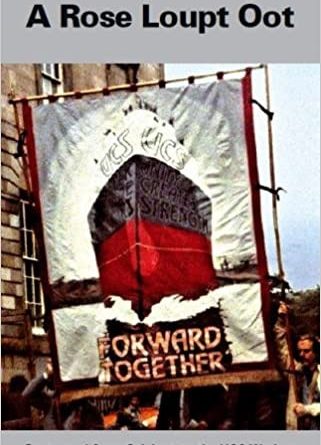 The Keegan perm gave way to the mullet
And CD replaced LP,
Whilst Essex boys whistled
‘Maggie’s the girl for me’.

Unemployment was rising
Whilst the Belgrano was sinking,
We were told to consume
Without conscience or thinking.

The nation watched
Royal wedding at St. Pauls’,
Whilst we prayed in our new
Cathedrals of shopping malls.

We were told to ‘Tell Sid’
To buy his gas shares,
But something was smelling
More than the industry
They were selling.

We rocked at Live Aid
Whilst gravestones told us,
‘Don’t die of Ignorance’
Of our own Aids.

The eighties, a decade
Of decadence and dole,
Hoodwinked by market forces
As we sold our national soul.

My parents were levellers: they’d been levelled down
To a two-room shell in the poorest part of town.
Slums segregate the proletarian mass
From decent people of a better class.

My literate father worked twelve hours a day
To earn the least the ironmasters would pay.
And while my father worked all day to earn
Five pounds a week, I began to learn
The dignity of the levellers’ creed:
Freedom from the slum mentality and from greed
And the self-righteousness of overlords.
My father read and taught me respect for words.

I loathe the money-laundering gangsters who stole the banks.
The slums are far away.
I still give thanks
To my dead parents for that.
I’m old and ill and it’s late
My levelling disposition’s a steady state
And now so innate
I don’t even have to try.
When I stop levelling is the day I die.

‘We are witnessing an eruption not of lava but of labour
… the labour of working men and women …’
Jimmy Reid, Glasgow Green, 18 August 1971

Once upon a time – here,
in the real world, for this is not a fairy tale –
a bold idea changed If to That.
Imagine, acted on by many,
took on the force of hard material fact.
This happened forty years ago;
the place, the shipyards of the Upper Clyde.
The wonder is, given the world’s wounds since,
the bold idea has not yet died.

All rivers have their storied past,
in part the same, in part unique.
More than a few have known the pride
of ships well made and safely launched;
and also known, when fortunes ebb,
a shadow-side. But here, at UCS,
a Labour victory was ours;
and Capital, out-classed, endured reversal,
and a loosening of its powers.

The reason is not hard to seek:
big on any scale, a volcano, not of lava
but of Labour, burst in flame. The action
that eight thousand shipyard workers took
filled the bright skies of politics. Briefly,
social order’s deep assumptions shook.
That is the core of Clyde’s especial claim.

Lame duck, said Capital, dismissive
and devaluing of the yards.
Never mind the lives invested there,
the teeming skills, the order book!
Never mind the hinterland they served,
that equally in turn served them!

Dead duck was what it wished to see,
little knowing that our bird would fly,
and soar, deriving strength from thousands,
then from tens of thousands more.

Unite and fight! In tandem, and in full,
heeding the maxim’s dual elements,
not from the dole outwith the shipyards’ gates,
but working from within: there
lay the workers’ stratagem,
that helped us win.

The shipyards’ mail bag,
like a farmer’s sack of seed, spilled out
its daily bulge of contents: news received
of rallies, demonstrations, strikes;
well-wishers’ words, and sometimes flowers;
and cash, from corner shops, from churches,
children, unions, and the whole wide listening world,
sums both large and widows’ generous mites –
sent in comradeship, to keep
the struggle’s fire alight.

The yards were saved: the bold idea,
in act, had proved its worth.
But now, four decades on, what’s left?
In place of gain, a creeping dearth.
Not only ships have sunk, or gone for scrap,
but yards as well, and jobs, and skills,
and with them, hope. Along the river,
as throughout the land, and world,
we feel a cutting wind that kills.
Economic winter has us in its grip.

For Capital, the battle that it lost in ‘71
was clarion-call and school;
it learned far more than we.

It learned to hone its tools of shock,
displace, lay off, and rule.
Ganging up and doing down,
it made too many of us settle, first for slices
of the loaf we made, then beggars’ crusts,
then bugger all. Ruthlessly,
it grabbed again its habitual crown.

For us, a tragedy ensued,
its playing-out still under way:
comrades at loggerheads and each others’ throats;
lost sense of purpose and of common cause,
confusion and the side-track having won the day;
unions and parties pulled apart, offering least,
not best resistance in a losing war.
What should – what could – we have attempted
otherwise, or more?

Can we combine to build afresh that bold idea
that found expression and a home at UCS?
Can we re-launch it on the carrying stream
of people’s wants and dearest dreams?
Can we extend it to the point it captures
greater powers, and thus rebuts,
with allies everywhere,
the might that Capital will bring to bear?

The world shifts restlessly; a rising flood
of tremors agitates beneath; fresh rifts
in what we thought was solid mass appear.
Deep energy demands release.
Eruptions can’t be far: the forecast’s clear.

Present struggle cries to know
the complex story of its past. Take it!
Save it from erasure, or revision’s grasp!
What happened here in ’71
can be no Terra nullius of the mind, open
for errors to invade. It’s where,
ablaze and wise, we entered history,
and showed a way whereby a future
might be made.