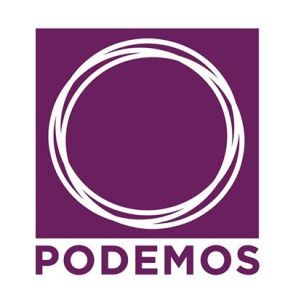 Spain is at a standstill, a country deeply divided. Without a Government for six months, Spaniards went to the polls again on June 26 in an attempt to break the deadlock. But none of the parties won enough seats to form a government this time either.

The country’s debt burden is one of the highest in the world. Its EU creditors maintain an iron grip on its economic and political levers with little to suggest they will allow Spain to ‘get out from under’ anytime soon. Acting Prime Minister, Mariano Rajoy’s, claim that the economy is growing were dismissed by analysts who concluded the meagre improvement last year was due almost entirely to the impact of falling oil prices.

The social consequences of this stagnation are not difficult to find. Unemployment at 21% is the highest in Europe. One million young Spaniards have emigrated in the past 5 years. The Spanish Statistics Institute revealed one third of households now rely on a pension as their sole source of income. For Jose Manuel, a retired engineer I met in the Madrid neighbourhood of Delicias, this meant his pension had to keep him and his wife, his son and daughter in law and his grandson all sharing the same inner city apartment. The richest 1% in Spain now own more than the poorest 70%.

The 26 June election changed little. Only the conservative Partido Popular of Rajoy made any progress. But with just 33% of the vote and 137 MPs, it still fell short of the 176 seat majority needed to control the Cortes. And yet his rivals all lost support.

‘Unidos Podemos’ [United We Can] was the big hope of the left. And whilst it consolidated its base across Spain winning 5m votes and 71 seats, this was no more than it had won in December. To supporters, it felt like a defeat as polls all suggested it would push PSOE [the Spanish Labour Party] into third place and form Spain’s first left-wing coalition Government in 80 years. But it was not to be. In the end, PSOE got more votes and more seats.

It was unlikely PSOE would have entered a coalition with UP anyway. Not only is there bad blood between the two social democratic rivals but their differences on the national question and on austerity, to name but two issues, are substantial.

‘Unidos Podemos’ now faces big questions for this result represents its first serious setback. Emerging out of the ‘los indignados’ movement in January 2014, Podemos has rewritten the political map of Spain. Last December, it tore up the two party rule book that mapped Spain politically for 40 years when it gained 20% of the vote and topped the poll in both Catalunya and the Basque country.

‘Unidos Podemos’ is an electoral alliance between Podemos, Izquerida Unida [United Left/Spanish Communist Party], environmentalist group Eqos and several small pro-independence parties in the regions. It remains to be seen if that partnership will continue now that the election is over for there were tensions between the various groups. In Madrid, and other areas, there were in effect parallel campaigns being run. On the other hand, as there may be another election before the year ends the need to fight that contest may override all other decisions.

Podemos nonetheless must also resolve its own ideological ambivalence. Uncomfortable with the description ‘socialist’ – it appears nowhere in party literature or in the speeches of its leaders – it reluctantly describes itself as a ‘social democratic party’. Yet leaders Pablo Iglesias and Inigo Errejon accept that social democracy is itself in crisis having ‘capitulated to neo-liberalism worldwide’.

Iglesias appeared on TV on election night to concede defeat saying ‘It is time for us to reflect on the result and consider where we go now.’ He quoted the Italian Marxist philosopher Antonio Gramsci to characterise the present political situation: ‘The old order is dying but the new order is not yet ready to be born.’ We shall see if this characterisation is accurate in due course. Meantime, Spain may be heading for its third general election in a year as the impasse continues.