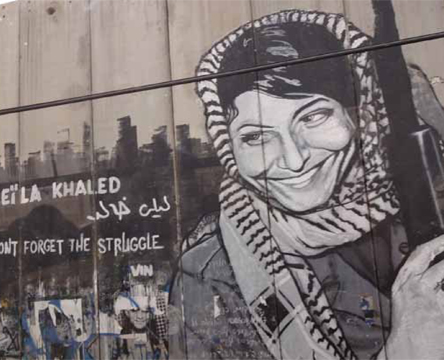 Whether we are choosing an area in which to live or a school for our children, each decision is a political one. To assume that we ‘opt in’ or ‘opt out of ‘ politics is misguided; ask anyone who is stopped and searched due to racial profiling. They have no choice but to ‘be political’. Day to day decisions we make are influenced by the political climate around us.

Women have always engaged in politics throughout history. But for their pains they have been demonised and marginalised. Rather than deterring their activism this treatment has made their resolve and campaigning stronger. Here I highlight the campaigners that have inspired me.

The love for human beings at the core of Helen Keller’s and Safiya Bukhari’s beliefs and activism is what is more productive than hate. We need to nurture a new strong society not just overthrow oppressors. That’s where women’s voices are so important in politics.

Revolutionary American activist Helen Keller was lauded for overcoming the constraints of blindness and deafness brought on by a childhood illness in 1882. The press loved her and her success in securing a university education against all odds at a time when very few texts were available in Braille. But when she started speaking out about Women’s Rights and the Working Class struggle the media considered that the left were using her for publicity and nothing was “more pathetic than the present exploitation of poor Helen Keller” (Queen Alexander in telegram sent to recovering jockey two days after the Derby). Helen was not unaware of this and retaliates to such accusations eloquently in her writings. In her 1916 speech “Strikes Against War” she demonstrates prescience in her analysis of America’s war involvement when she says:

“The future of America rests on the backs of 80,000,000 working men and women and their children… The few who profit from the labor of the masses want to organise the workers into an army which will protect the interest of the capitalists… They are taught that brave men die for their country’s honour… This terrible sacrifice would be comprehensible if the thing you die for and call country fed, clothed, housed and warmed you, educated and cherished your children.”

This resonates strongly with me with our present day situation of illegal and immoral war in Iraq and the occupation of Afghanistan from both the US and UK forces. We should take our governments to account and halt the ‘War on Terror’ which has reduced societies to the middle ages leaving scarred widows and orphans struggling to survive while our soldiers here are discarded like soiled goods when they return from military service. At the same time as spending on military campaigns our government tells us there is no more money for housing, medicine or further education! Just this timeless speech by Helen Keller on its own should inspire women everywhere to fight for a just society.

‘Deeds not Words’ maxim of suffragette Emily Davison meant that her chosen path of militant action ultimately led to arrest, maltreatment while in prison and death from injuries sustained when she fell under the King’s horse at the Derby of 1913. For such dedication she was considered a “brutal lunatic woman”. All Emily’s political stunts to raise awareness of the Women’s Rights campaign were well organised and she was well aware that often she was risking her life; a price she was willing to pay for the cause.  A hundred years after her death, in 2013, Epsom authorities would not allow a one minute silence to mark the 1913 Derby incident.  There was still resistance to marking Emily’s sacrifice for Women’s Liberation debating whether she ‘jumped’ in front of the horse or just ‘fell’ as if to devalue the martyrdom by claiming it was unintentional. This begs the question: Does today’s society not value Women’s Rights?

Engaging in militant action as a means to overthrow oppression can be most effective when women join the cause. Leila Khaled was instrumental in getting media coverage in 1969 for the Palestinian Liberation movement when she and a fellow militant Salim Issawi hijacked flight TWA 840 and then in 1970 after plastic surgery she orchestrated hijacking of El Al Boeing 707 where her co-hijacker, Arguello was shot dead; no passengers were harmed in both hijack attempts. The image of her wearing a loosely tied keffiah on her head while holding a rifle is as iconic as that of Marina Ginesta of the 1936 Spanish Civil War. Whereas Ginesta’s young face looks defiantly into the camera and her rifle is slung securely on her back, Khaled gazes down to her right holding the rifle wearing a ring on her hand that she fashioned from the pin of the first hand grenade she used. The defiance was absolute. The way to freedom was through militant means. She survived those years and mourns deeply the lose of relatives and comrades in the struggle. Leila now “works within the frameworks of the oppression they seek to overcome” but she remains a figure of admiration and inspiration for young Palestinians. Working with sympathetic Israelis she still struggles to free her people of the apartheid state they live in through peaceful resistance and legal means.

Fighting against apartheid in South Africa, Winnie Mandela kept the ANC campaign strong while the leaders suffered imprisonment and she herself was arrested, tortured and held in solitary confinement. The recent film, Mandela: Long Walk to Freedom goes some way to explaining her separation from  Nelson’s Truth & Reconciliation policy after apartheid was finally dismantled. She  is portrayed as being psychologically damaged by her experiences and left with a hunger for revenge as were many of those subject to the brutality of the regime.

To be a poor Black woman is to score a hat trick of class, race and gender in being a subject of oppression. Black Panther activist, Safiya Bukhari tragically died at just 53-years-old after episodes of bad health resulting from poor medical care when she was a political prisoner in the USA in the 1970s . Scenes of Black children going hungry and their elders eating from garbage cans while the youth suffered police brutality had made Safiya see her previous ‘land of the free and home of the brave’ more like a third world country. Initially Safiyah went in to “destruction mode” (The War Before: The True Life Story of Safiya Bukhari). But she learnt to recognise that “change begins with rebuilding the character into a revolutionary character, of which the central component is love. This means love of yourself and of the people. It took me forever to realise this. I believed that the motivating force was hatred of the oppressor…”  Relinquishing her aggression towards the oppressor, she used all her time to free her people from the racist laws and attitudes prevalent in 1970s America. Starting as a Black Panther she fought for radical change and revolutionary social justice. Converting to Islam she headed campaigns to free political prisoners when she was finally released from prison. Her work “reached across racial, cultural, national and generational boundaries”.

It is the zeal and ability to organise of the women discussed above that show what women bring to the political spectrum. The love for human beings at the core of Helen Keller’s and Safiya Bukhari’s beliefs and activism is what is more productive than hate. We need to nurture a new strong society not just overthrow oppressors. That’s where women’s voices are so important in politics. And as I maintain; there is no opting out!