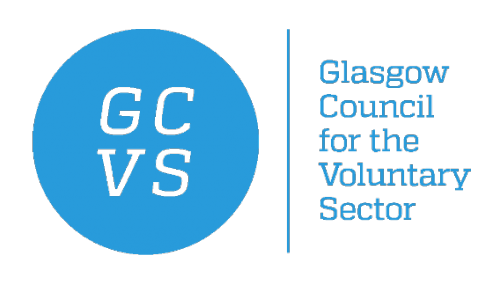 The UN Special Rapporteur Report on Extreme Poverty in Britain illustrates the impact of austerity and a hostile policy environment. But what, Lynn Williams asks, does it mean for Scotland?

The Glasgow Council for the Voluntary Sector (GCVS) recently held a ‘Community Event’ with Mark Carney, governor of the Bank of England (BoE), providing an opportunity to consider the impact of economic policy on people and communities. Given its reach, impact and influence, the BoE request to meet and speak with charities and community groups was too good an opportunity to miss. Carney and his team spent a great deal of time talking with groups working with work women who have experienced sexual abuse, with unpaid carers, with children, amongst others. These organisations represent our fellow citizens and were able to lay out in stark terms the ways in which families and communities have been deeply affected by years of austerity, structural barriers and deliberate political decisions which have exacerbated existing inequalities.

Too often, the economy and economic performance in political and public discourse are discussed in the abstract – as ‘things’ which sit outside the reality of our everyday lives. So, the Bank’s community events provide an important reality check for officials who can influence the highest levels. But what charities told Carney and his team was not new – the impact of policy on people’s lives is out there and in various reports and analyses. Not least of these is the stunningly heart-breaking report by Professor Philip Alston on extreme poverty in the UK (https://undocs.org/A/HRC/41/39/Add.1).

Alston paints a disturbing picture of what happens when ideology drives economic and social policy. We see millions left behind by a myriad of cuts to social support and a labour market which cannot guarantee decent jobs. He commented: ‘It is hard to imagine a recipe better designed to exacerbate inequality and poverty and to undermine the life prospects of many millions’. His report is a stark and ‘no holds barred’ assessment of the Westminster Government’s austerity programme. He described this as social re-engineering and he is right.

Economic and fiscal management is a constant mantra of all political parties. There is no doubt that this current and previous Westminster governments have used this mantra as a screen for policies which have ‘gutted’ and ‘eliminated’ key public services. We see deep levels of destitution as any previous safety nets are torn apart. There is no doubt that this ideological drive to push people towards self-reliance is in fact inflicting harm on people. In some cases, like the reduction of Universal Credit Working Allowances, that harm is intentional. Disabled people are increasingly isolated or institutionalized and millions cannot afford the most basic things required to survive. That’s the message from Alston’s report.

Now, I turn to the Rapporteur’s view of Scotland. The Scottish Government gets off relatively lightly – there is a critique on transparency in policy making and a need to ensure that social security claimants in the fledgling Scottish system have clear routes to redress. Yet, civil society is actively campaigning for more immediate use of new social security powers to tackle child poverty in Scotland; people with disabilities and carers are finding it harder to access key services such as social care – this reality is masked by a political focus on free personal care. The work done by the Scottish campaign on the Care Tax shows inflation busting increases in care charging are still present and that disabled people are often no better off with the expansion of free personal care.

Alston’s report does not cover these issues. Whilst he argues that the Westminster Government has chosen to completely ignore his work, some might argue that the Scottish Government has its head in the sand about the reality of poverty here. Scotland faces its own poverty and human rights challenges, even though political intention is not malign. We see the poor implementation of important policies and legislation. Alongside the devastating changes brought into being by the Westminster Government, Scotland will continue to see increasing child poverty and the shameful gender inequalities and disability employment gap that we know exist in Scotland are likely to continue without concerted action. Third sector organisations involved in the GCVS Human Rights Defenders Network talk often about a gap between ‘rights rhetoric’ and ‘rights reality’.

That is not to say that actions of the Scottish Government, like the newly announced human rights taskforce or idea of citizens’ assemblies or delivery of Best Start grants, are not welcome. Of course, there is still potential for Scotland to take bigger steps towards the creation of a fairer country. However, Alston’s report – and the work of the Scottish Poverty and Inequality Commission – provide a clear call to arms. These key reports provide the context in which national and local government and a whole plethora of public bodies must take stock and be honest about what is being achieved – and what we have so far failed to do.

For the sake of the 1 in 4 children in poverty, families facing destitution, disabled people increasingly isolated as local services are cut further and for carers forced to give up work because social care is impossible to access, action is needed. The people factor is critical – we cannot lose sight of the human costs here. To miss the opportunity currently in our grasp would be to fail tens of thousands of our fellow citizens.

Lynn Williams (@Carer49) is Social Policy Coordinator for GCVS – Glasgow Council for the Voluntary Sector. She is also a full-time, unpaid carer for her husband and has facilitated the #realcarersweek campaign to highlight the reality of unpaid care. GCVS (www.gcvs.org.uk; @GlasgowCVS) has been the main development agency for Glasgow’s Third Sector over the last 45 years.

Uniting and fighting – how unemployed workers can be collectively organised