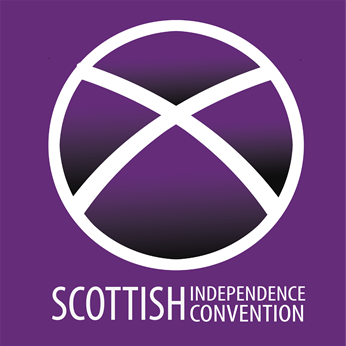 It’s time for the Scottish independence movement to build beyond its base and get support consistently beyond 50% in the polls. In the absence of any formal campaign body, it’s commendable that the movement has maintained support at its current level despite a glaring media onslaught. Yet, faced with the most incompetent Westminster Government for generations presiding over a shambolic Brexit process and an official opposition that is (at the time of writing) lagging in the polls, there has not yet been a silver bullet that has significantly moved the polls for us. The many broken promises of the ‘Better Together’ campaign and the underwhelming deal on new powers failed to make Scotland anywhere close to ‘the most powerful devolved country in the world’ nor did it make Scotland anywhere near part of a more federal arrangement. And yet, frustratingly for many there has not been a significant move in the polls.

There has been a debate within the independence movement about the need for a campaign to make movement in the polls, with some believing that we need another referendum campaign to change minds. This is no doubt achievable, provided there is a manifest strategic backbone and the necessary preparation given to this campaign. However, while an effective national campaign is necessary, it does not need to happen after a referendum is called. On the contrary, the Scottish Independence Convention (SIC) is setting up a campaign organisation to drive popular support and show that independence is not just possible but the best option for our country. 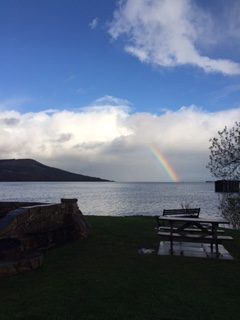 It is now widely accepted in the movement that we should talk less about referendums and discuss the why of independence much more. This is an argument that the SIC presented at the Build: Bridges to Indy conference in the Usher Hall last year and has now been adopted as a narrative by the political parties. The pro-independence parties have done a good job overall in the Scottish Parliament – they could always do more but they have taken on important policies like a Scottish National Investment Bank which is now on its way.
However, it will take more than political parties to win a referendum when it comes: it will take people like all of us to persuade our friends and neighbours who are more open to independence than ever. They might not be there yet but the hard hitting fact is that being dragged out of the EU against the will of the Scottish people, regardless of how you voted, and with every proposal for a special deal for Scotland profoundly rejected, it’s easy to see why people will be questioning our supposed equal relationship with the rest of Britain. A silver bullet? No, because the movement will need to work hard to win the trust and support of our fellow citizens in Scotland.

The independence movement is growing all the time and is becoming more organised at every level. The grassroots have kept the momentum going since 2014 with their hearts and their heads and SIC want to offer it the legs that it needs to get running faster than before. Regional hubs for autonomous ‘Yes’ groups like Yes Highlands and Aberdeen Independence Movement (AIM) have already joined the fold with more on their way. The appetite is there to get on with the work and this new campaign organisation aims to sit alongside the movement to offer them the front-foot media handling and strategic tools it needs to reach undecided voters across Scotland.

‘But what is the strategy?’ some people have asked. We’re going in strategy neutral. It’s up to the qualified people who will go through our recruitment process to work with the movement in developing it. It’s not for us to decide. We do know, however, that there are tens of thousands of people ready to work with a campaign that can make a genuine difference to the stories of independence, contrary to the framing in mainstream media. It was interesting to read the response to our fundraising launch by the opponents of independence. They reverted to the usual call for the SNP to ‘get on with the day job’ and totally ignored that this is an all-movement, all-party campaign vehicle.

This campaign initiative could have, and should have, begun a long time ago (perhaps right after the 2014 referendum). It has been time-consuming to navigate these plans for a campaign organisation in a genuinely inclusive way and by consensus so that the entire movement can to be supported when the time comes. Nevertheless, that time is near and with such variety and talent coming together, the independence movement is poised to become a very powerful united force – something that the well-resourced opponents of independence will not be able to ignore.

Max Wiszniewski is a voluntary organiser for the Scottish Independence Convention and has coordinated the conferences and its fundraiser (https://thisisit.scot/).