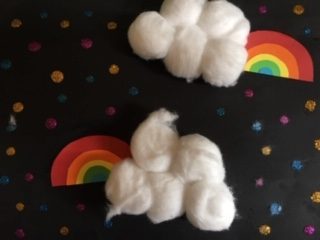 I am not a frontline care worker, nurse or doctor. I am not even a key worker. I am a full-time seconded union branch secretary in a local authority. I have been involved in negotiations, disputes, strikes and political struggles. I work long hours catching up, preparing casework, reading and writing reports. Often when I sit down to relax, I am distracted by a call from a member wanting advice or support. It is a busy and often stressful life.

Nothing however prepares you for a pandemic. As the Coronavirus approached in early 2020, I, along with most people, focussed on other important issues. Though gradually I realised this was a bigger threat than things like Swine Flu and sensed preparations were not quite as detailed as they should be, I still never appreciated just how big this was going to be.

By 14 March people had stopped shaking hands, toilet rolls were hard to come by and the reality that the country was in trouble became clear. Over the next few days, discussions about people preparing to work from home and possible lockdowns developed. Union reps engaged in hurried discussions with managers about what was to happen to services, how quickly we could arrange facilities and resources for home working and what would we do when the schools closed.

Members started calling union offices, not feeling safe coming to work. Hand sanitiser and soap were nowhere to be seen amidst the panic buying. It became clear lots of people were going to die.   Some of our branch officers were now staying home due to underlying health concerns and we closed our branch office to work from home. Once our office phone was diverted onto my mobile, the phone has never stopped as members call for advice.

Whilst many of my 6,000 members were preparing to work from home, thousands were expected to continue working as near normal as they could in refuse collection, residential services for older people and children, and our home care services.

It was late again we realised these workers were ill-prepared and ill-resourced for what lay ahead. Members in refuse were concerned social distancing was impossible in their lorries. Managers were slow to act so unions stopped the bin service till a solution was found. From the next day, minibuses transported loaders behind the bin lorries.

However, for those (mostly women) working in care, social distancing was something that could only be dreamed of. And, personal protective equipment (like masks) is not used in social care. They detract from the friendly kind of service that care users rightly expect. Now, masks were essential to protect carers and their service users but we had none.

The day the lockdown was announced the phone started ringing at 7am and didn’t stop till after 10pm. Members wanted answers to questions never asked before. Do I need a mask? Why don’t we have hand sanitiser? Can my pal give me a lift to work?

Suddenly, I needed to know about infection control measures: health protection guidance on using masks, the coronavirus impact on various health conditions etc etc. Members were scared, wanting to share those fears so listening and counselling skills were called on. Stewards needed answers to questions their members were asking.

Frequent meetings and then conference calls were taking place with managers (who within a few days were required to set up emergency childcare provision for key workers). Cleaners, catering staff, janitors, support assistants, and teachers were called upon to re-open schools that had just closed.

Discussions on PPE – when will it come and what members should do if they don’t have it – have been a constant. Our branch requisitioned a dressmaker to make 1000 reusable cotton masks to be used when no other was available and then find ways to distribute them to home carers.

Working from home, dealing with calls, emails, meetings with managers, chasing up managers to give staff the PPE they needed, getting back to members with information or just some reassurance, from early morning till night, has been the hardest shift I have ever experienced as a union rep. Occasionally on social media, I had time to glimpse sight of what was happening in workplaces and in care settings elsewhere.

Some unions want to heighten fear and exploit it for short term press profiles. However, the response of the vast majority of workers and union reps has been to step forward and ask: ‘What do I need to do to help?’ For some, it was to go home and keep safe. For others, it was to continue in work despite the lack of adequate equipment to look after the vulnerable and children of key workers. For many others who were sent home it was to respond to calls to volunteer to bolster the care sector or help organise key supports for the community.

For the union rep on the frontline, it was to stay as close to the workers as possible and consequently share the pressure of the situation with them. When the first ‘Clap for Carers’ took place, it was still dark at 8pm. For me that was a blessing as the neighbours couldn’t see the tears rolling down my face as the stress and fears of the days before expressed themselves. There is still a long way to go and there will need to be a reckoning but at the moment it is still necessary to focus on supporting those workers in the frontline.

Stephen Smellie is the UNISON Branch Secretary for South Lanarkshire. He is also a member of the editorial committee of the Scottish Left Review.