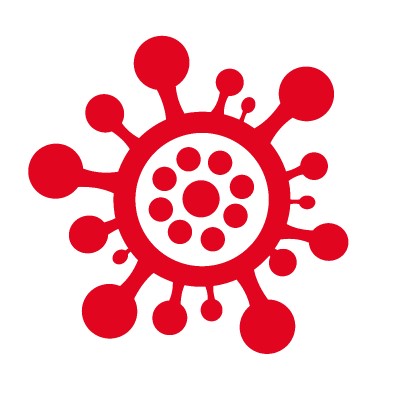 Thousands have died in care homes in a fragmented service delivery model designed to generate a market, where operators’ desire to make profit rather than provide quality care is the driving force and where public accountability is weak and regulation light. This model was failing in normal times to provide quality care. It was clear the model was not going to be able to cope under pressure of a pandemic where the most at risk were the older people that care homes cater for.

Predominantly a private sector – 59% of care homes and 77% of care beds in Scotland are for profit, provision is in the hands of a range of providers, from economically inefficient single care home operators to large international companies. The latter has developed a model where profit from providing care is sometimes less important than their profits from property transfers and leases – and profit that, in some cases such as HC-One, is off-shored to shareholders operating in tax havens.

The pre-pandemic signs were not good. A quarter were rated only as adequate or poor by the Care Inspectorate and 52% had vacancies for nursing staff. For years, recruitment to the sector was a major problem. Given its low-wage business model, long hours and stressful working conditions, this was not surprising.

The crisis has exposed the weaknesses of the system in stark human terms measured by the deaths of service users and staff, the level of staff absences compared to health staff and the poverty that staff have experienced whilst being forced onto Statutory Sick Pay (SSP) as the employers refuse to pay normal wages while staff isolate.

Support for a National Care Service (NCS) is growing but we are some way from being clear about what that would, should or could be. A NCS where care is publicly funded, nationally coordinated and delivered on a not-for-profit basis is an aspiration to work towards and government, councils, unions and others should start planning for this. However, the Scottish Government, NHS and local authorities have had to take steps to alleviate the failings of the private providers in this crisis. These steps are the basis on which an alternative system can be built.

The crisis in supplying PPE for staff in care homes and providing care at home mirrored that across the NHS and council services. However, it was exacerbated by fragmentation. Eventually, the government set up a system where the NHS supply system and council run distribution networks were able to ensure sufficient supplies reached staff in the private care sector. This could be extended to include the provision of all essential supplies to ensure continuity of supply and the benefits of large-scale procurement.

The number of deaths suggests private care homes failed to implement full infection control measures. Early on UNISON demanded staff who were being told that they should isolate for 14 days if a household member had symptoms must be paid their normal wages and not the much lower SSP. It was inevitable some staff, faced with huge cuts in earnings, would go to work, hoping their partner’s cough was not Covid-19, and, therefore, breaching infection control measures. Despite assurances to the sector that additional costs would be met, companies refused to take this simple step to protect staff and service users. The government had to intervene, under pressure from unions, to effectively regulate the payment of normal wages to staff in private care companies. This mirrored the recent experience of getting the Scottish Living Wage (SLW) paid to care staff where negotiations are needed each year for the payment to be made. Even then unions had to fight to get sleepovers included and for domestic and catering staff to be included. The Fair Work in Care Group should now build on this by developing sectoral bargaining to cover terms and conditions across the sector. This would start with consolidating the SLW across the sector and set out a timescale for raising levels of pay to equivalents in health and local government over an agreed period (like five years).

The staffing level crisis has been compounded by NHS and council staff having to be deployed to plug critical gaps in private sector provision, with health boards taking control of private companies’ staffing levels and provision. This illustrates the urgent need to develop a national workforce plan for social care led by the Scottish Government working with CoSLA, health boards, unions and providers, and should be based on the Fair Work principles.

Concern about death levels led the Cabinet Secretary for Health to give additional responsibility to Directors of Nursing in each health board to ensure the clinical standards expected of care homes. This is designed to address the suspected failures of clinical standards in many care homes. Simultaneously, the Care Inspectorate has been required to report to Parliament on its findings in monitoring and inspecting care services. These responsibilities should be enhanced with powers to require councils to takeover care provision where standards are not being met including where staffing levels have not been maintained at safe levels.

The testing regime that has been introduced in care homes, co-ordinated through the NHS, will need to be maintained with providers required to ensure that this is delivered across all care homes. On the basis of these measures, the funding formula for care homes should be revised to ensure all the expected measures of standards of care, staffing, Fair Work and supplies are met before any profits can be taken and these capped at a modest level. Where providers decide they wish to withdraw from the sector, as the prospect of making great profits reduces, the government should have a strategy for care homes to be brought into the public sector at no cost.

Calling out the deadly dinosaurs amongst our own brothers and sisters