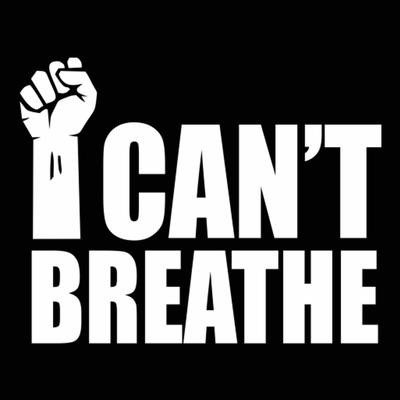 ‘The current anti-racism protests are unprecedented in my lifetime and probably the largest ever since the late 18th and early 19th centuries’. These are the words of Hakim Adi, Professor of History of Africa and the African Diaspora at the University of Chichester, referring to the massive wave of global protests under the banner of Black Lives Matter (BLM) following the killing of the George Floyd on 25 May 2020 in Minneapolis, and how those that took place in the UK compared to the mass abolitionist movement in Britain two centuries before. What made the current anti-racist mobilisation even more phenomenal was that it took place in the middle of a pandemic – according to the Guardian (29 July 2020), some 260 towns and cities had protests in June and early July, from Monmouth in south Wales to Shetland in Scotland. This is clearly more than a moment, and the birth of a new mass movement. In the US, according to the New York Times (3 July 2020), an estimated 15-26million people participated in the 2020 protests, making BLM one of the largest movements in US history. The movement has advocated to defund the police and invest directly into black communities and alternative emergency response models as well as challenge systemic racism more generally.

The reason racism is systemic is precisely because it is woven into the fabric of our socio-economic system, namely, capitalism. This is particularly apparent in the US, where African-Americans are more than twice as likely to be unemployed than their white counterparts, the net worth of white households is 13 times that of black households and black life expectancy is four years lower than that of white Americans. And in amongst this, there has been a 25-year long period of increasing inequality between blacks and whites.

Keeanga-Yamahtta Taylor’s excellent recent book, From #BlackLivesMatter to Black Liberation, examines the historical and political context in which such grisly encounters as that which led to the murder of George Floyd are routine. She suggests that ‘police murder and brutality are only the tip of the iceberg when it comes to the US criminal justice system’ and observes that the ‘US accounts for 5 percent of the world’s population but 25 percent of the world’s prison population’, that ‘there are more than a million African-Americans in prison’ and that ‘Black people are incarcerated at a rate six times that of Whites.’

It is no surprise either that the BLM movement originally emerged at the tail end of the presidency of Barack Obama, for when it came to institutionalised racism, the record of his two-term administration was deeply depressing. Obama achieved little to arrest the long-term divisions. Black median income fell 11% to $33,500 compared to a 4% drop to $58,000 for whites under Obama. Astonishingly, white median wealth (as opposed to income) was $91,405 compared to just $6,446 for African-American households.

In 1964, the year of the Civil Rights Act, there were just 100 black elected officials across the whole of the country. By 1990, there were over 7,000. Nor were these simply the equivalent of parish councillors. As Taylor observes, ‘African-Americans were handed the keys to some of the largest and most important cities in the country: Los Angeles, Detroit, Atlanta, Chicago, Philadelphia and New York.’ Significantly, between 1970 and 2006, the number of black households earning more than $100,000 increased from 1% to 9%. In short, the civil rights struggle led to the development of a sizeable black middle class who have become part of the political establishment and wider ruling class. The fact that the rallying cry of today’s movement is the rather desperate sounding ‘Black Lives Matter’ speaks volumes. It is a damning indictment of those who have pioneered and profited from the strategy of putting ‘black faces in high places’. This is underlined by the fact that whilst acknowledging the manifest concerns and hurt of BLM protestors, Obama as President was keen to defend the police, condemn any violence on the part of demonstrators and call for respect for laws and their enforcers who discriminate against African-Americans. 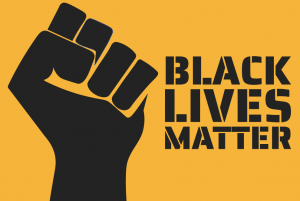 That latest uprising of the BLM movement took place amid the current pandemic is not surprising, given COVID-19’s disproportionate impact on Black, Asian and Minority Ethnic communities. As Gary Younge put it eloquently in the New Statesman (3 June 2020): ‘In the slogan ‘I can’t breathe’… there is the connective tissue between the most brazen forms of state violence and the more banal tribulations of the ailing pandemic patient’. US data suggests that, adjusting for age, black people are 3.6 times more likely to die from Covid-19 than white people; Hispanic/Latinx people are 2.5 times as likely (Ford, Reber and Reeves, ‘Race Gaps in Covid-19 Deaths are even Bigger than They Appear’, Brookings Institute 16 June 2020). Similarly, a UK Office of National Statistics (ONS) study noted that in England and Wales, again adjusting for age, black people are four times more likely than white to die of Covid-19; those of Bangladeshi and Pakistani origin are roughly 3.5 times more likely. Once these figures are further adjusted for ‘region, rural and urban classification, area deprivation, household composition, socio-economic position, highest qualification held, household tenure, and health or disability’, the differences are sharply reduced. However, both black people and those of Bangladeshi or Pakistani origin are still almost twice as likely to die (ONS 7 May 2020) A larger study ¬conducted on behalf of NHS England produced similar results (British Medical Journal 11 May 2020). In other words, a major reason minority groups have suffered more is their propensity to be pushed into deprivation, overcrowded housing, densely populated areas and ¬front-line jobs, and to have suffered prior ill health. While this is also true of many white workers, it is disproportionately the case for those from non-white backgrounds.

Systematic racism is also revealed by the jobs that minorities are pushed towards. The authors of the ONS study noted that disproportionately high numbers of people of Bangladeshi or Pakistani origin work as drivers and in transportation. Similarly, Rashawn Ray in a report for the Brookings Institute (9 April 2020) in the US pointed out that black people, who make up about 13% of the US population, ‘represent 30 percent of bus drivers, nearly 20% of all food service workers, janitors, cashiers and stockers’.

What has been particularly remarkable and encouraging about the most recent wave of BLM demonstrations is their multiracial nature and character – and also how they have begun to involve the support of organised workers on a level far greater than previously – best seen by the strike for Black Lives protests which took place in the US, where tens of thousands of workers in 160 different cities struck. This included the United Farm Workers union and the Service Employees International Union. In Britain, it has been heartening to see groups of workers join community protests of taking the knee. A particular highlight was one of the first gatherings in Windrush Square, Brixton, which saw the presence of local firefighters taking a knee.

Research by the Pew Centre in the US noted that 31% of white respondents ‘strongly supported’ the BLM movement, with a further 30% ‘somewhat supporting’ it. More tangibly, white people have turned up, linked arms and even placed themselves on the frontline in order to protect Black demonstrators from the tender mercies of the police. There has also been an important international dimension to this solidarity. Right across the world, people have defied curfews and their own anxieties about coronavirus and poured onto the streets. This in turn has reverberated back across the Atlantic and further enriched the protests over there. Speaking at George Floyd’s funeral, Rev Al Sharpton referred to the demonstrators who hurled into Bristol Harbour the statue of slave trader Edward Colston, a tremendous moment of victory which sparked similar developments in American towns and cities.

These have not simply been token gestures, but symbolic actions rooted in longer-standing international movements such as Rhodes Must Fall. African-Americans know that the roots of their oppression lie in slavery. Thus, the toppling of Confederate general Albert Pike’s Washington statue is part of a demand to account for the history of those who sought to reinforce racism. The sight of professional footballers taking a knee and sporting BLM on their shirts is an indication of how widespread the protests’ impact has been, and is reminiscent of previous mass anti-racist mobilisations in Britain such as the Anti-Apartheid Movement in the 1980s and also Anti-Nazi League and Rock Against Racism in the 1970s against the fascist National Front in Britain, which permeated deeply into the consciousness of a new young generation of black and white workers.

Like any mass movement, there are ever present dangers of co-option and a retreat from radicalism. From the Premier League to Ben & Jerry’s – almost all institutions now claim to stand for BLM. Even the CEO of the bank JPMorgan Chase took the knee with his staff. This is the very same bank which pushed tens of thousands of poor (and disproportionately black and Latino) Americans into taking subprime mortgages before 2008, only to foreclose on them after the crisis!

In Britain, as elsewhere there is a worrying racist backlash underway against the new movement, and outright racists and fascists (such as ‘Patriotic Alternative’) are mobilising behind the slogan ‘White Lives Matter’. Given the current refugee crisis, rich and powerful Tory politicians are engaged in racist scapegoating to try to deflect public anger away from their disastrous handling of the Covid-19 crisis and onto some of the poorest and most vulnerable people in the world. Unions and the left have a key role to play in challenging the politics of divide and rule. As Satnam Ner, former STUC President has stated, in Scotland we are fortunate to have two annual anti-racist demonstrations: the STUC St Andrew’s Day Anti-Racism March and Rally in November and the international Stand up to Racism demonstrations in March. So, we have a good tradition to build on but it needs to be deepened to go much further.

If the current movement in Britain is to sustain itself, go beyond the achievements of the Civil Rights Movement and start to win meaningful changes in our society then it needs to remain a genuine mass anti-racist movement from below and one that starts to systematically tackle every element of our racist society, from toppling slave owners statues, to tackling institutional discrimination in the justice and education systems. Racism and exploitation in the workplace go hand in hand as the disproportionate deaths of black front line workers in the Covid-19 crisis make all too clear. We need to have robust anti-racist organisations in every town and city, every college, every workplace, on the streets and online in order to both challenge specific injustices, such as defending Debora Kayembe and her family in Bonnyrigg and fighting for justice for Sheku Bayou, to build the kind of mass movement that can destroy the endemic racism at the heart of British society.

Dr Talat Ahmed is a Senior Lecturer in South Asian History at the University of Edinburgh, is a UCU member and is also Convenor of Stand up to Racism Scotland – see https://www.facebook.com/SUTRscot/ and https://twitter.com/sutrscotland

Knowledge is necessary but power is absolutely essential for protecting workers