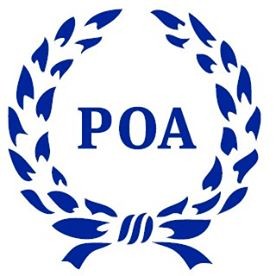 There are few unions that understand more the impact of losing the right to strike than the POA. There are, perhaps, even fewer who can point to the chasm of disadvantage that persists in an industrial sector when one half of a union has the protection reinstated and the other must continue to fight with its hands tied firmly behind its back.

So exists the situation for the POA across Scotland and our colleagues in the rest of Britain. Having previously enjoyed the general protection afforded to other unions, the introduction by the Conservative Government of Section 127 of the Criminal Justice and Public Order Act 1994 made it an offence to induce a prison officer to take industrial action including the withholding of services as a prison officer. In effect it removed any existing protection and banned prison officers in both public and private sectors from taking industrial action. It is not without some dismay to read accounts of the period and those subsequently from Jack Straw, when the Lord Chancellor and Secretary of State for Justice of a Labour Government, comparing the work of prison officers to that of the armed forces and police, not apparently a view shared by his colleague Lord Hutton some years later when condemning prison officers to work to the age of 68 through his reforms to public sector pensions.

Despite a short repeal of the powers based on an enforced ‘voluntary’ no strike clause in dispute arrangements, the union remained hogtied to arbitration or the mercy of the courts. Angered by the government decision to break their side of the bargain and phase in a pay award from the pay review body, withdrawal from the voluntary agreement and direct action followed. Whereupon ‘Jack the Knife’ was so swift to establish the reintroduction of the ban in 2008 that even some Tories were prompted ‘to congratulate the Secretary of State on his conversion to Thatcherite trade union reforms …’ (as recorded in Hansard HC Deb, 9 January 2008, c336)

In Scotland, under the newly elected SNP government, the approach could not have been different. The power to implement the ban or otherwise, having been delegated to the Scottish Ministers, meant that the reintroduction in Scotland could be halted and so it came to be. The view taken was that there was enough protection in place to protect the public through the partnership and voluntary industrial relations arrangements that POA (Scotland) had with the Scottish Prison Service (SPS). Enforceable action in the courts, however, remained a feature of the agreement.

Although faced with direct action taken by prison officers on the 12 May 2012 in protest at the aforementioned attack on pensions, the clause was never utilised by the employer or Scottish Government. By 2015 such was the faith afforded to the industrial relations model in the SPS and the relationship with the POA in Scotland that the Voluntary Industrial Relations Agreement saw a number of amendments introduced but none more significant than the removal of the paragraphs enforcing action through the courts in response to industrial action by prison officers.

After 21 years of restriction, Scottish Prison Officers finally had the rule preventing POA (Scotland) from inducing, authorising or supporting any form of industrial action by their prison officer members removed. Despite such progress for the POA in Scotland, this came at a time when our colleagues across the rest of Britain and its union movement were facing the introduction of further draconian legislation from the Tory’s contained in the soon-to-be Trade Union Act 2016. The introduction of debilitating measures designed to make it very, very hard for unions to conduct successful industrial action ballots.

So why is this sorry tale of two cities, London and Edinburgh, relevant today? Because at the heart of the matter is the protection of workers’ rights and the threat that is posed from a British Government under the charge of a PM likely to pursue employment deregulation with a vigour unparalleled to that of the brutal days of Thatcherism.

Having stripped any commitment to the protection of workers’ rights from the Brexit Withdrawal Bill, the announcement in the Queen’s Speech of the inclusion of an Employment Bill in the programme for government to replace this pledge, is enough to ring alarm bells and does nothing to dissuade the more cynical amongst us that there is yet another cunning plan afoot to do the exact opposite.

By contrast in Scotland, the civil service unions reached an unprecedented agreement with Scottish Government in 2018 around a range of principles ‘governing the conduct of employee and industrial relations in line with the principles of the Fair Work Convention’s Framework’. Contained within that agreement under the heading ‘Respect and support for a positive right to strike as a fundamental principle’ is the commitment that ‘Scottish Ministers recognise the rights of trade unions and their members to undertake lawful industrial action and will not seek to interfere with the exercise of those rights when undertaken lawfully.’

As a signatory, the POA (Scotland) sees this as a significant step forward in protecting the agreement reached bilaterally and guards against reverting back to our previous precarious position. But as welcome as this step is, the nature of agreements can be as fragile with the fickleness of government and the machinations of political parties. What the good lord giveth, the bad Boris can take away. That’s why workers’ rights will never be truly secure until withdrawing labour is a fundamental right underpinned by statute, and the right to strike is treated not only as a worker’s right but as a basic human right.