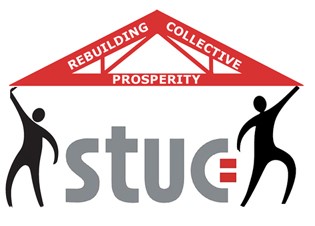 During the referendum, grandiose claims were made on both sides of the debate. One was continuing union was the best guarantor of economic security, redistributive UK-wide institutions and against a race to the bottom on tax and employment rights. The other was the union locked Scotland into endless austerity, a centralised London-centric economy, bad employments and regressive tax. 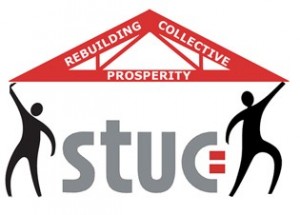 Whilst this debate is far from over, the centre-left ambitions of the larger parties, the SNP’ s general election landslide, Corbyn’s victory and the devolution of new powers could combine to allow a policy centred debate to develop in the period ahead.

The STUC has begun the process of releasing a range of key manifesto demands which, culminating at our Congress, will combine to form a policy prescription for mitigating the impacts of austerity; re-asserting union rights and the centrality of collective bargaining; and creating quality employment in Scotland.

The next Scottish Government will inherit year-on-year real terms decreases in funding and fragile growth on top of years of austerity. In this context, to exaggerate its capacity to mitigate (let alone reverse) austerity would be a mistake. Redistributive taxation must play its part. The current technical debate over progressivity in the context of Labour’s 1p tax plan has obscured that economies which redistribute more, irrespective of progressivity, are fairer and generally more successful.

The vast majority of devolved public spending and benefits in Scotland are universal. Universalism is a good thing but requires both sufficiently progressive and large redistribution to sustain it. Correcting the lamentable state of local authority funding whilst providing quality health care and protecting key pledges on education will be impossible without further revenues.

The STUC is, therefore calling on all parties to commit to the use of income tax to increase revenues for public services for the next Parliament. The STUC has been disappointed by recent reforms to the Council Tax. A more ambitious set of proposals is a necessity from all parties if local taxation is to function properly and local autonomy and democracy increase.

The STUC supports the devolution of employment rights to the Scottish Parliament. However, this issue is unlikely to be resolved soon. Nevertheless, we believe there is range of actions government can take to protect workers from the excesses of the Trade Union Bill through requiring public authorities to comply with the human rights obligations in the Scotland Act.

The Parliament also has key powers on public service delivery, procurement, the use of its own resources to support industry and the newly devolved power over employment tribunals which can be combined to protect workers’ rights, promote collective and sectoral bargaining and give unions the capacity and justice architecture to enable them to seek justice for members. We will be calling on all parties to agree to introduce a Bill in the first year of the Scottish Parliament.

Whilst a future Scottish Government’s scope is limited by its powers, it should act to implement a manufacturing strategy by providing necessary resources to a Scottish Business Development Bank and Cooperative Development Scotland. Public ownership should be promoted, through the removal of the requirement to competitively tender rail and ferry services. Meanwhile action is possible and necessary to ensure fruits of growth are distributed on a more even geographical basis within Scotland through funding of key infrastructure in peripheral economies and with a focus on foundational sectors. The current Business Pledge is not fit for purpose and must be developed into a credible with Government/agency support conditional on fair employment and independent assessment

The devolution of powers over housing benefit and the increased borrowing powers provide the potential for a much more ambitious public housing programme. A significant increase in the volume of public house building, with a consequent increase in construction and related employment, the introduction of rent controls and potential housing benefit savings could combine to create a virtuous circle of growth and improvement in core standards of living.

In addition to finally scrapping the bedroom tax, the next Scottish Government should commit to topping up benefits for those most in need. Whilst it is unlikely that the available revenues could ever meet the extent of need, people in Scotland will expect some significant action over the course of the Scottish Parliament to tackle the worst impact on austerity.