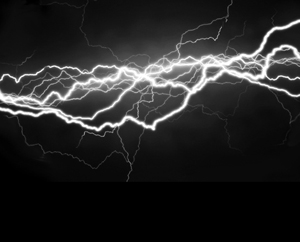 Beyond all the political froth stirred up in recent debates over energy prices, the future of Grangemouth, and the Clyde shipyards, there is one unacknowledged consensus between all the mainstream parties in Westminster and Holyrood. This is the continuing commitment to ‘free’ markets (whatever that means in a corporate global economy) and private ownership in the organisation of our economy. In the energy sector in particular, and after three decades of impressive policy failure on all fronts, there remains a bewildering consensus in the privatised regime that has held sway now for almost three decades.

We argue in our recent paper for the Jimmy Reid Foundation – Repossessing the Future: A Common Weal Strategy for Community and Democratic Ownership of Scotland’s Energy Resources – that things can and should be different. In this regard, we are solidly in step with broader public opinion. A recent survey by YouGov found that sixty-eight per cent of the public wanted the energy sector to be renationalised and even a majority of Conservative voters. Yet, with the honourable exception of the Greens, all the political parties with representation in Holyrood and Westminster have set their face against the idea of bring the energy sector back into public ownership. It is an abject example of the divide between a political elite seeking to curry favour with private (and usually foreign) corporations, and the citizen’s everyday social needs and experiences.

It is worth stating the basic failures of UK energy policy since the electricity, gas and energy generation sectors were privatised in the 1980s and 1990s. Prime amongst these must be the failure to deliver cheap energy to consumers. Digging beneath the recent furore, the UK has the fourth highest electricity prices in the European Union despite having an abundance of renewable and non-renewable energy. Married to this are shocking levels of fuel poverty. Our report shows that getting on for forty per cent of Scots suffer fuel poverty, defined as a situation where energy bills account for ten per cent of total income; a figure likely to rise substantially with current and future price increases. Fifty six per cent of pensioners can’t afford to heat themselves properly with 2,000 dying of severe cold every winter. Proportionately, the figure is double that of Finland and far more than Sweden and Germany – countries with their far harsher winter climates.

Beyond such appalling human consequences, energy policy has made a few key individuals and groups very wealthy; not only the chief executives and directors of privatised utilities who receive City-style bonuses and salaries for chronic underperformance but also the few and often ennobled landowners that have receive massive benefits from the recent push towards renewables. To cite but one example, the Duke of Roxburgh is set to make £1.5 million per year from a new wind turbine development in the Lammermuir Hills.

The latest largesse aimed at the wealth elites of ‘old’ and ‘new’ money reflects two other monumental failures of public policy: climate change obligations and security of supply. In relation to the former, the UK, with less than four per cent of total energy consumption from renewables, is fast becoming Europe’s laggard in meeting its own climate change obligations. This is increasingly tied in with real problems of energy supply and the increasingly likely threat of the lights ‘going out’ because of the failure of the privatized utilities to invest in infrastructure for a post carbon future, as older power stations come to the end of their lives. To meet the minimum of £100 billion required to invest in new energy generation and infrastructure over the next decade or so, governments of whatever hue are having to stitch up a contorted market which guarantees massive returns to private investors while pushing electricity prices to consumers through the roof.

Current UK energy policy is not only bewildering but it is perverse. Setting its face against both any form of major public ownership of the sector, and any form of strategic planning, there is either an ignorance or wilful deceit over what ‘private’ ownership and ‘market’ solutions actually mean in practice. Private ownership of course means large corporate, and predominantly foreign, ownership. Sometimes our private owners are actually the French or Chinese state. At other times, it is private equity companies such as Berkshire Hathaway, which controls the electricity distribution company for the north of England.

The markets that are constructed (they do not exist naturally!) by governments are not really markets in anything like the form that Adam Smith would have recognised. They are not only devoid of real competition but they take almost all of the risk away from the private sector – and put the cost of that risk onto the consumer and taxpayer – by guaranteeing inflated prices over a long term period to cajole companies to invest in a carbon-free energy future.

Interestingly, much of the rest of the world is waking up to the consequences of privatisation and taking energy utilities back into public ownership. Major remunicipalisation drives have been taking place in France and Germany to take the essential utilities back into public and democratic control. Even the European Union’s commissioner for energy policy has recently suggested that if key strategic priorities are going to be met, the electricity grid across the continent should be returned to public hands.

As I have written about in the past in these pages, there are plenty of good examples of effective public ownership of the energy sector overseas which could be the model for Scotland. Denmark is particularly compelling for its fusion of grassroots mobilisation, local and community forms of ownership, and state directed longer term planning in developing one of the most successful wind turbine sectors in the world.

In our report, we suggest that five key priorities should underpin an alternative democratic and publicly owned energy sector:

resources should be commonly owned to benefit the whole of society rather than vested interests;

resources should be geared to social need rather than private economic return;

respecting the rights of future generations and the planet, resources should be used sustainably and geared towards tackling climate change and developing a post-carbon economy;

Scotland’s energy system should be planned by public bodies to achieve security of supply as a priority policy concern;

public policy should be informed by collective decision-making and public deliberation (rather than faux consultation).

To achieve this, we also need to acknowledge the past failings of nationalised entities that made them such an easy target for Thatcher and the other neoliberals in the 1980s. Over-centralised, bureaucratic entities that exchange one group of elites running things for another will clearly not do. We need forms of organisation and public institution that can combine central strategic direction with democratic accountability and radical public participation. In our paper, we outline a structure that we think will deliver on these key dilemmas.

At the apex of the structure would be a new body, the Scottish Energy Agency charged with overseeing the sector and setting key objectives and targets. It would have overall strategic control of energy policy, but with a strong remit to shift the country towards a post-carbon future. The SEA would also develop its own research capacity and expertise in energy matters – in partnership with universities, other public agencies such as SEPA and relevant private companies and interests.

Another national body, the Scottish Electricity Generation Corporation (SEGC) would have overall responsibility for making sure ‘the lights stay on’, i.e. energy security, akin to the UK’s old Central Electricity Generating Board. It would take over much of Scottish Power and SSE’s existing assets and infrastructure and would be the main body in charge of the energy mix, in ensuring the right degree of spare capacity in the system. It would also ensure equity in pricing arrangements and service delivery across the system, whilst allowing opportunity for cross-subsidisation and income redistribution to tackle fuel poverty and inequalities in production and consumption costs. In partnership with the SEA it would have key climate change objectives (e.g. increasing energy efficiencies, reducing CO2 from non-renewable sources) but its primary role would be in dealing with energy supply issues.

Aside from these two national strategic public bodies – which could both have a large proportion of their boards democratically elected – much of the rest of the sector, particularly that tasked with generating power could be locally owned by communities, cooperative and local government, as is the case in Denmark. In the interests of promoting more localised forms of public ownership it is proposed that a separate branch for renewable energy should be created, the Scottish Renewable Energy Network (SREN). SREN would provide the main impetus for achieving a shift towards renewable energy and would be composed of local energy companies (LECs) established under local authority and community control throughout Scotland. The scale that these companies should operate at would be a subject for debate and should be contingent on local conditions. For technical reasons, it would make sense to introduce LECS with their own grid networks at the old strategic regional council level for some parts of Scotland (Strathclyde, Lothian, Grampian) to develop greater integrated local energy capacity. Clearly for many remoter highland and island communities, different logics would apply where more community-based associations might develop.

It should be recognised that given Scotland’s lack of an industrial strategy thus far towards renewables, much of the expertise is foreign owned, with the result that there is a lack of local content in emerging supply chains. Scotland could have similar policies followed by Norway in the 1980s with respect to North Sea oil in compelling foreign companies to build up local technology, research and development capacity, and local skills in the industry. Norway created its own indigenous industry in less than a decade as a result. Scotland could do the same.

Giving the SEA the power to oversee this development would also enable it to play a role in encouraging existing local oil and gas- based companies to diversify their skills and knowledge to renewables, especially in the offshore wind field through appropriate subsidies and incentives.

The question that media and other commentators always put at this point is: how do we pay for this? There is a very simple answer. Keeping the lights on is going to cost us hundreds of billions of £s anyway, especially given the neglect of renewal issues by the existing privatized regime. Our public solution will actually cost far less and mean lower prices to consumers than the status quo because it is far cheaper for governments to borrow than the private sector: about 3.4 per cent compared to an average of six per cent according to our estimates. Even allowing for the expected increase in borrowing costs in financial markets over the next few years, it is still plausible that an independent Scottish government – or a devo-max style institution – could issue energy bonds (typically for twenty years given the lifespan of many energy projects) at between three and four per cent as a way of financing the larger capital investments required (e.g. major offshore wind or tidal projects). This solution would both be cheaper in the longer term for the government – because it would own the assets being created – and have the added advantage of keeping fuel prices lower for consumers.

Depressingly, the independence debate has so far been mired in short-term thinking about the economic returns from energy without fundamentally challenging the status quo. A much longer term approach to Scotland’s energy is required where energy resources are owned, managed and distributed for the collective good, and on behalf of present and future generations rather than continuing to be appropriated for private and corporate interests.