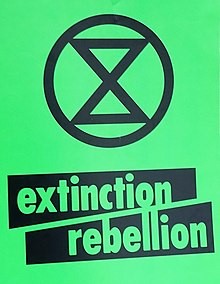 With no jobs or life on a dead planet, Douglas Rogers explains what Extinction Rebellion is about

The science is clear: either we make radical changes to our relationship with the environment, or hundreds of millions – potentially far more than this – will die. Whether by rising seas, expanding deserts or eroding soil, billions will be displaced. Combined with the unknown influence of positive feedback loops, the result could threaten civilisation as we know it.

The science has been clear for decades but in that time the response has been utterly inadequate: global emissions have risen by 60% since 1990. As we now stand, for any hope of avoiding 2°C of warming we’ll need rich countries to cut emissions by 90% by 2030. Under the Paris agreement, the EU target for that year is 40%. The British government has demonstrated its lack of concern with a budget ruling out any subsidies for renewables until 2025, meaning a 95% fall in investments over the next three years. For decades now, there have been marches held, petitions signed – and still our planet remains on course for catastrophe.

Something needs to change – and Extinction Rebellion (XR) plans to be that change. Our movement believes that, when faced with a political establishment unwilling to take the necessary steps to avert catastrophe, our only remaining choice is to take direct action to preserve our planet’s future.

Our methods take inspiration from the movements of Martin Luther King and Mahatma Gandhi. These movements were mass-scale, assertive enough to practice civil disobedience, but above all peaceful: XR puts a high priority on non-violence in both our actions and our language. We take this approach not just because it’s nicer but because it’s better: the work of Erica Chenoweth, for example, finds non-violent movements twice as likely to succeed as violent ones.

As we’ve been demonstrating, though, non-violence doesn’t mean meekness. Governments can ignore and have ignored petitions and routine marches, just as they’ve ignored the increasingly severe effects of climate change – but they can’t ignore gridlocked roads, blockaded buildings and overflowing police stations. So on the 17 November, when 6,000 rebels shut down five London bridges before marching on Parliament Square, the police vans and helicopters were closely followed by invitations from MPs to talk about climate policy.

Our demands are simple. First, the government openly acknowledge and publicise the truth about our situation: from parliament to the BBC, the present discussion of climate change is a long way from the urgency obliged by the facts. Second, that the government enact legally binding policies to reduce carbon emissions to zero by 2025, and act accordingly in the international arena. And third, that a Citizens’ Assembly create a plan for this change: this will be a body chosen by sortition to represent the people’s perspective in a political system which has grown out of touch with those it claims to represent – as is strikingly apparent in the case of climate change, with 71% of respondents to a YouGov poll favouring more investment in renewable energy, and 83% demanding that fossil fuel companies bear the costs of climate change. 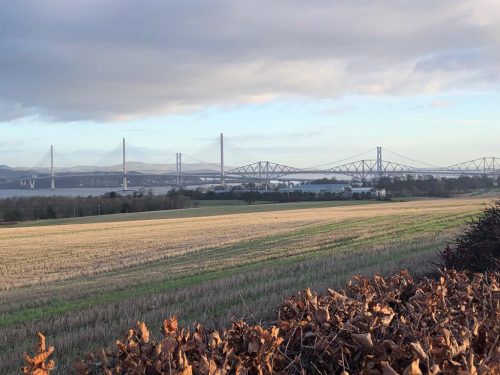 Since taking the bridges on the 17 November, we’ve kept up the pressure, with multi-day roadblocks in London, a march on Buckingham Palace, the blockading of government buildings, and a national day of action spanning from Totnes to Inverness, involving everything from die-ins to guerrilla gardening. Some of our actions are more disruptive, others less: we take no pleasure in causing inconvenience, but see such disruption as a regrettable necessity in the fight to avert the much darker disruptions to come from climate change.

We’ve been growing fast, and as we grow we’re making efforts to decentralise as much as possible, both organisationally and geographically – with 80 branches across Britain at the time of writing since we were established in late October 2018. This broad reach has allowed us to work towards our demands on the local level as well as the national, with local authorities in Bristol, Stroud, Totnes, Trafford and London all now having declared states of climate emergency. In keeping with this decentralised approach, XR Scotland is currently working on its own Scotland-specific version of XR’s declaration of rebellion.

And it’s not just in Britain that we’re growing: at the time of writing there are nearly 200 XR branches spread across 25 countries, from Norway to India. This international scale is, of course, essential to achieving our goal of limiting the effects of climate change and the related environmental crises. With this in mind, our forthcoming actions will be building towards a week of international rebellion, beginning on the 15 April, where we will tell the leaders of the world with one voice that the time to act is now.

There’s plenty to do before April. XR Scotland held its inaugural meeting in Edinburgh in November, attracting over 200 people, and has since established branches all over Scotland. Hundreds of people are attending talks and trainings, in preparation for large-scale actions in 2019. If you’d like to help, or would like to learn about our movement, contact xrscotland@protonmail.com.

Douglas Rogers is a member of Extinction Rebellion’s press team. See https://en.wikipedia.org/wiki/Extinction_Rebellion for more on XR

Can the Greens green the SNP on transport?