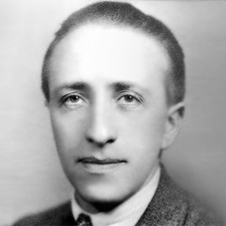 Terence Davies’s Sunset Song went on general release last year. Based on Lewis Grassic Gibbon’s novel, it had a lot to live up to. Although it didn’t fully succeed, its release brought a remarkable writer back into the public eye. Grassic Gibbon was the pen name of James Leslie Mitchell during his burst of creativity in the early 1930s. He remains arguably the most prolific and provocative of Scottish writers.

His short life spanned the WW1, the Russian revolution, the general strike, the Great Depression and the rise of fascism – the backdrop for his best known work, A Scots Quair – the trilogy of novels he wrote in the last two years of his life.

Sunset Song was the first part of his trilogy – the most ambitious effort in Scottish fiction since Walter Scott created the popular novel. Like Scott, Mitchell was a wonderful storyteller but they were worlds apart. Scott was a rich Tory. Mitchell was of peasant stock and a socialist.

In his short career, Mitchell wrote seventeen books. Sunset Song appeared in 1932 and for the next two years, he worked flat out to complete his trilogy. Part two, Cloud Howe, was published in 1933 when he also wrote another great novel, Spartacus, the story of the slave revolt against Rome.

In 1934, he completed five other books including Grey Granite, the last of his trilogy. He was working on two other books but worked himself into ill health. Tragically, Grey Granite was no sooner published than he died of a perforated ulcer before his thirty fourth birthday in 1935.

Hailed as ‘the best novel written this side of the Channel since Thomas Hardy stopped writing’, Sunset Song won rave reviews from the New York Times. Set in a rural community facing irrevocable change as the WW1 looms, it ranks alongside socialist classics like Silone’s Fontamara and Steinbeck’s the Grapes of Wrath – novels in which capitalism threatens a class of independent smallholders with annihilation.

It is the song of a young woman growing to adulthood and the end of an old song for a way of life that is dying. With the character of Chris Guthrie, Mitchell created what Paul Foot described as ‘one of the most remarkable characters in all literature, more remarkable than any female character in Jane Austen, George Elliot or even the Bronte’s’. When it was published, readers assumed the author was a woman.

Yet the book was banned from local libraries and from the shelves of Boots in Aberdeen because it was regarded as pornographic. It was the 1970s before Mitchell’s writing won proper recognition in his own country.

Born the son of a poor tenant farmer, Mitchell was fiercely proud of his peasant origins. The crofters rented their smallholdings on fixed term leases from the landed gentry. When Mitchell was eight his family was forced to move south to Arbuthnott in the same way as his heroine in Sunset Song.

Mitchell captures the haunting beauty of the farm and moorland between the Grampians and the North Sea but he had a healthy contempt for the backwardness of rural life and the burden of agricultural toil. His primary school teachers were told not to educate the children of crofters. His father, a dour Calvinist, opposed the idea that his children should learn anything that might interfere with farm work.

In 1917, he ran away to become a cub reporter on the Aberdeen Press & Journal. When the Trades Council launched a soviet in solidarity with the October Revolution, the 16-year-old became its biggest enthusiast. Later he described how ‘along with a cub reporter from another paper we were elected to the Soviet Council, forgetting we were pressmen. We spent anxious moments with our chief reporters afterwards, explaining that we could not report the meeting, being ourselves good sovietists’.

In 1919, he moved to Glasgow to work on Farmers’ Weekly. After a few months he was sacked for his Marxist views. Blacklisted by the employers, he enlisted as an army clerk and travelled the world. Posted to Mesopotamia, he developed a thirst for ancient history. In 1925 he married his childhood sweetheart and left the armed forces in 1928 to write full time. When he started on his trilogy in 1932, the pseudonym he chose was his mother’s maiden name – Grassic Gibbon.

His writing is fuelled by his keen sense of solidarity with the oppressed and downtrodden. He saw capitalism tear people away from the rural world of his childhood and pull them to the industrial cities. His materialist understanding made him a great chronicler of change.

Dave Sherry is a retired public sector housing worker. Still active in the Unite union, he is a long standing SWP member.