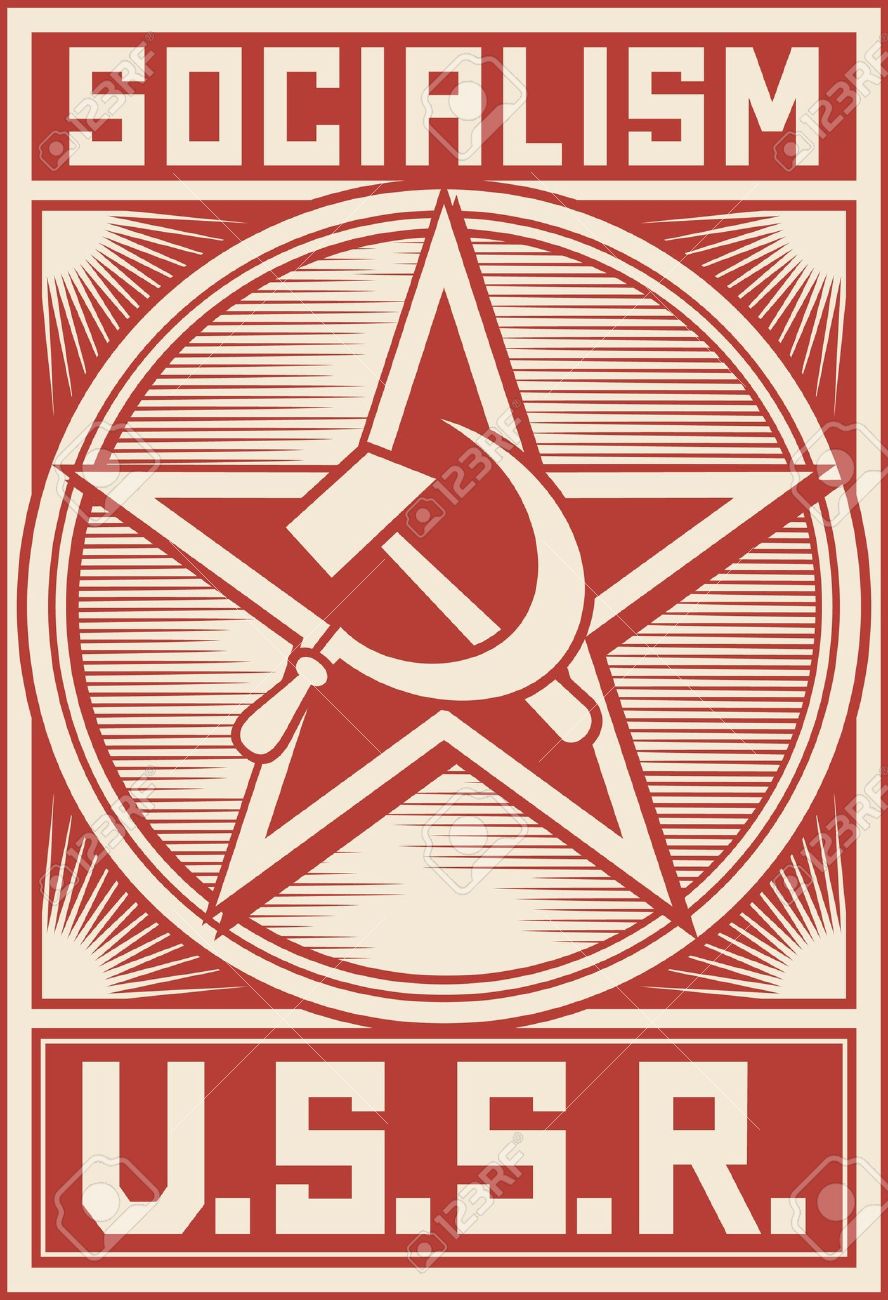 Through most of the last century communists were the dominant force on Scotland’s left. The left-wingers who took their inspiration from Russia’s October revolution had a key influence on the movement of resistance to the First World War. They led the political general strike of January-February 1919, gave leadership in the miners’ struggle through the General Strike and beyond, and in the 1920s and 1930s developed the unemployed workers’ movement.

In the 1940s and 1950s, it was communists who battled on equal pay and mobilised apprentices and young workers. The redevelopment of the shop stewards movement as a politically independent force was also led by communists and was critical for victories in the UCS work-in, for the two miners’ strikes of 1972 and 1974 and for the defeat of the Industrial Relations Act 1971. Even in 1984-1985, it was Communist Party members who helped maintain morale and resistance among mining communities defending their industry against the Thatcher government.

None of this was done by communists alone. Their ability to do so lay in the organisational principle, adopted from the Bolsheviks, of working collectively in workplaces and communities in alliances with other workers on immediate issues. Victory depended on the ability to mobilise this wider base. And while the Communist Party was never very successful on the electoral front, it did exercise significant political influence: developing support across the political spectrum for the anti-fascist struggle in Spain, for anti-colonialism and opposition to the Cold War, for the possibility of socialism itself and, within the STUC and the Labour Party, for a Scottish Parliament.

How then do we account for this particular strength in Scotland – paralleled, indeed, in parts of South Wales, London’s industrial East End and some mining areas but not consistently across Britain as a whole? How far does this strength stem from a particular conjuncture between Clydeside’s working class politics and the impact of the October Revolution – and in this regard what made the October Revolution so different from the February Revolution in its effects?

The February Revolution did have a major impact on Clydeside. Mass meetings celebrated the overthrow of the Tsar and a new political order in which social democrats held leading positions. But it did not end the war. On the contrary, the right wing social democrats and ex-Tsarist ministers who composed the Provisional Government were welcomed by their British counterparts as providing a new and efficient leadership to the war effort. For the trade union and Labour Party leaders who supported the war, and acted in Britain as the government’s agents in enforcing its requirements in industry, the February Revolution provided a cloak of international respectability. It correspondingly undermined the rank-and-file shop stewards defending wages and conditions and resisting the conscription of fellow workers as well as those in the Independent Labour Party (ILP) and elsewhere taking an anti-war and anti-conscription stand.

The October Revolution did the reverse. The Bolshevik government ended the war and published the secret treaties exposing its imperialist war aims. And as the treacherous nature of Kerensky’s relationship with the Tsarist officer corps became clear, it discredited the Labour and trade union leaders who had associated with him. In terms of the ability of the anti-war stewards to gain a political hearing in the yards and factories, the news of the revolution seems to have marked a decisive turning point. The Ministry of Munitions Clyde Labour Report for 15 December 1917 warned that ‘the early months of 1918 may reveal industrial action with a view to the achievement of political ends in the termination of war conditions’. January saw a massive upsurge of industrial unrest: three quarters of all time lost in industrial disputes across Britain was on Clydeside. When Auckland Geddes, Minister for National Service, tried to intervene, a mass meeting of shop-stewards gave him a riotous hearing and backed Soviet peace policy. By February, Munitions Minister, Winston Churchill, was writing to the Cabinet that the wage issue was not the main one on Clydeside: ‘the unrest was due to the activities of a pacifist and revolutionary section of the men industriously working on the discontent’. We know that in February a quite disproportionate share of the government’s propaganda budget was spent on Clydeside, on pro-war films, leaflets and the organisation of workplace meetings – followed by the detailed arrests (or conscription) of known troublemakers, one of the first being the recently appointed Soviet Consul, John Maclean.

But neither the repression nor the propaganda seems to have been successful. Two months later Glasgow’s illegal May Day strike and demonstration attracted around 100,000 – passing resolutions in support of the Soviet Revolution, the end of the war and the release of Maclean. Another six months on, Neil McLean, anti-war socialist, was the only successful Labour candidate in Glasgow when he won Govan on a ‘Hands off Russia’ ticket. The defeated Unionist complained ‘going round Govan he had found a spirit he had never expected to find … that was light-heartedly prepared to advocate tomorrow the revolution they had had in Russia’. Then, just a month later, there was the remarkable political general strike – initially based among the radicalised younger workers in the shipyards but which spread very quickly across industrial Scotland.

So there are a couple of questions here. What made at least a significant minority of workers on Clydeside particularly susceptible to a Bolshevik perspective and how far was this base for left and then communist politics carried forward?

Four factors, in combination, may explain the special responsiveness. First the vigour of the shop stewards movement on the Clyde and the degree to which right-wing union officers had lost credibility early in war. Second, the organisational and political direction given to this movement by the Clyde Workers’ Committee. Third, the strength of the anti-war movement within the main party of the left, the ILP. Finally, a wider politicisation across hitherto unorganised sections of the workforce and across working class communities as a result of struggles on housing, conscription and food rationing.

Within the ILP the issue of peace and anti-imperialism seems to have been critical. In a debate with one of the leaders of the Clyde Workers’ Committee and future Communist Party MP, Willie Gallacher, in December 1917, future Labour MP John Wheatley attacked the Bolsheviks for opposing parliamentary democracy. Gallacher hit back: to end the war you must end capitalism. For ILP leaders like Helen Crawfurd and Walton Newbold peace seems to have been the key issue – as well as for the majority of the Scottish ILP’s rank-and-file membership, particularly those on industrial Clydeside, who later voted two years running to join the Third Communist International.

The second question then follows – why, if this was the case, was the actual membership of the Communist Party in the early 1920s, compared to the ILP, apparently so sparse and tenuous? Was it, as government propagandists said at the time (echoed by a number of historians since), that the party itself was an alien and divisive creation sustained by Soviet gold?

It is true that by 1921-1922 the Communist’s industrial base had collapsed. Mass unemployment, emigration, the detailed elimination of left shop stewards and the 1921 miners’ defeat gravely weakened its workplace power. Yet a wider base for pro-Bolshevik politics survived. Election results show that. In 1922, Walton Newbold won Motherwell, Neil McLean held Govan, Geddes came within 600 votes of winning Greenock and a few months later Aitken Ferguson came within a similar number of votes of winning Anderson. Where war-time radicalisation had been most intense, support still existed.

But there was probably a more fundamental principle at work. The Bolsheviks’ conviction that socialism depended on the transformation of state power matched Clydeside’s organisational experience of workers’ committees during the war and after. In 1920, during the campaign to halt British intervention in Russia, Councils of Action, based on Trades and Labour Councils, had given this renewed expression. In the months before Red Friday in 1925 and the 1926 General Strike, the Communists were able to reconstruct much of their industrial base and for ten days in May 1926 Trades Councils once more transformed themselves into mass organisations of working class democracy. ‘All Power to the Soviets’ continued to dig itself into the consciousness of a generation.

John Foster is International Secretary of the Communist Party of Britain