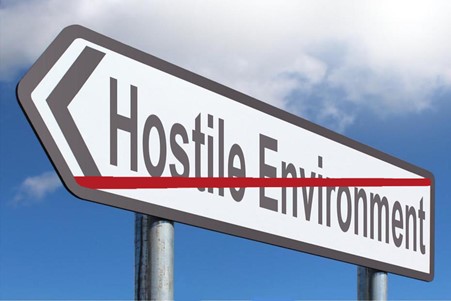 Current debates on refugees and attempts by Western governments to restrict asylum seekers are deeply depressing.  Deaths in the Mediterranean and the Channel of the ‘boat people’ have become common while ever more ludicrous schemes – from wave machines to deserted oil rigs to detention camps in foreign countries – arethought up to try deter refugees. In this debate, there is often a hearkening back to a supposed ‘golden age’ of asylum, usually that of escaping Jews in the 1930s and 1940s, as if the current policy is a break in tradition. The truth is far from this rosy picture.

One factor why more Jews did not flee from Nazi Europe was the attitudes of the Western democracies and their immigration controls. Britain did allow Kindertransport, although the children had to be sponsored so that they would not be a burden, but also sent back Jews who did not have the correct paperwork to Germany, where it was Nazi government policy to send returnees to concentration camps. The British Government’s own figures are quite startling – 484 sent back in 1933, 378 in 1934, 365 in 1935, 412 in 1936, 438 in 1937, 489 in 1938 and 191 in the first six months of 1939. When a small number of Jews fled by air to Britain after the Germans occupied the autonomous city of Memel in March 1939, those without the necessary papers were put on the next plane back to Europe. In 1939, fleeing Jews on board the St Louis were refused entry to USA, sent back to Germany and many of them were murdered in Auschwitz. The signals given out were clearly designed to discourage Jews from fleeing West. The British Government was clear in its secret memos to its delegates at the 1938 Évian refugee conference that it wanted to bring to Britain those Jews ‘eminent in science, technology, art, music etc’.

Equally, it was made clear that it did not want ‘persons likely to seek employment, agents and middlemen, minor musicians, commercial artists, the rank and file of doctors, lawyers, dentists’. The test for admission was to be, not the needs of the Jewish refugees, but ‘whether or not the applicant is likely to be an asset to the UK’. So terrified were Western governments of the possibility of millions of Westward moving refugees, that they used the Évian conference to send an unmistakable message to Eastern European governments and the Jewish populations that Jewish immigrants and refugees would not be accepted by Britain, France or the US. The British delegation to Évian was told that it would be ‘desirable that the results of the meeting should not act as an incentive to these [Central and Eastern European] governments to increase the pressure on their Jewish minorities’. In other words, there was to be no welcome for refugees. The Australian delegate, T.W. White, was explicit in stating that ‘as we have no racial problem, we are not desirous of importing one’.

Indeed, by July 1939, the Foreign Office was questioning the status of fleeing Jews as refugees. One high official claimed: ‘A great many … are not in any sense political refugees … Many are quite unsuitable as emigrants and would be a very difficult problem if brought here’. The Nazi press was clear about the meaning of Évian: ‘no state is prepared to fight the cultural disgrace of central Europe by accepting a few thousand Jews. Thus, the Conference serves to justify Germany’s policy against Jewry’.

Virtually identical fears were prevalent in both the US. and France. So stringent had US policy become, that less than 500 German Jewish children were allowed in, in total, during 1938 and 1939. As the 1930s wore on, central to French policy was the obsession not to provoke Germany and give any reason for hostility. Following the Kristallnacht pogroms of November 1938 in Germany, the French border police sent back escaping Jews – sending back, it must be remembered, to the arms of the Nazis. Finland introduced stringent controls immediately after the Évian conference, even refusing transit to Austrian Jews with the necessary papers for US immigration. So distraught were the refugees that three committed suicide.

And, it was not only before the war that the attitude of hostility to fleeing Jewish refugees was evident. In 1943, there was a proposal from Sweden that, if Britain and the USA were willing to pay the costs, there was the possibility of 20,000 Jewish children being released from Central Europe to Sweden. Private money was available but the US State Department was not enthusiastic about it, one official noting that ‘any rescue concentrating on Jewish children might antagonize the Nazis, and prevent other possible co-operative acts’. This is near incredible bureaucratic jargon in mid-1943; the US was not willing to do things to antagonize the Nazis in the middle of the war! The proposal was dropped.

What is most concerning about the current events played out across Britain and the rest of the world is how little change there is today in both rhetoric and policy. Priti Patel is just the latest in a long line of politicians creating a ‘hostile environment’ where even death is not seen as problematic.

Henry Maitles is Emeritus Professor of Education at the University of the West of Scotland.

The brutality of empire: The ethnic cleansing of the British periphery