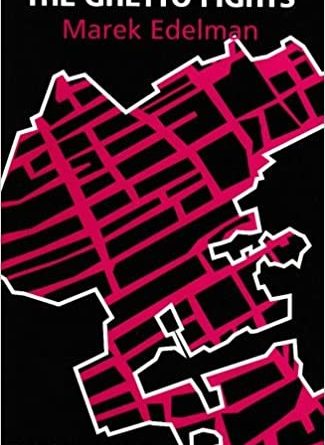 Henry Maitles recalls the armed battle to save the last of Warsaw’s Jewry against the Nazis.

In May 1943, one of the most inspiring events of WWII took place. The Warsaw Ghetto uprising stood no chance of success but was a moral crusade. As the Jewish Fighting Organisation (in Polish, ZOB) announced: ‘All of us will probably perish in the fight … it is a fight for our human dignity and honour, as well as yours’.

In November 1940, the Nazi occupation in Poland moved to its ghetto stage, and the area for Jews, the Warsaw Ghetto, was created and walled in. All Warsaw’s Jews were moved in. Initially, nearly 300,000 Jews, one-third of Warsaw’s population, were forced into 2.5% of its space. Massive overcrowding and drastic shortage of food, sanitation and medicines meant a high death rate from disease and malnutrition. As today, there was much talk of ‘we’re all in it together’ and, unlike today, there was some truth in it. Yet Emmanuel Ringelblum, who kept a diary in the ghetto, noted whilst people dying of starvation in the streets, smugglers and black marketeers and those with money could get fine wine and food in the cafes reserved and protected for them. In the ghetto, whilst life was tough for all, for the poor it was catastrophic. Class existed even in this situation.

Nonetheless, Jews were not dying fast enough so the Nazis began clearing the residents to Auschwitz from 1942 onwards. By early 1943, there were only 60,000 left – some 200,000 had already died in the ghetto or been transported to the camps. A mixture of disbelief about the death camps, stories of Auschwitz being a work camp with best accommodation reserved for those who turned up first – a lie not countered by the Judenrat (the Nazi appointed Jewish Council) who knew it to be untrue – allied to starvation meant that the promise of bread led to more Jews turning up at Warsaw railway station for transportation to Auschwitz on some days than the Germans could deal with. Marek Edelman, a ZOB leader, said: ‘Do you have any idea what bread meant at that time in the ghetto? If you don’t, you will never understand how thousands of people could voluntarily go with this bread to the camp at Treblinka’.

The first victims of the uprising were the Jewish police and Judenrat, who it was argued, collaborated with the Nazis rounding up Jews. Most of the Judenrat went to their deaths, but there was also outright collaboration from some Jewish leaders like Chaim Rumkowski of Lodz ghetto or Rudolf Kastner, President of the Budapest Judenrat, who was accused in 1953 at his trial in Israel of negotiating with Nazi chief, Adolf Eichmann. But most Judenrat were aiming to save Jews where possible but saw passivity and compromise as the way to do this. Edelman is scathing about the suicide of the Warsaw Judenrat leader, Adam Czerniakow, accusing him of taking the easy way out instead of leading a fight against the Nazis.

When the Nazis surrounded the ghetto in spring 1943 for the final round up, ZOB resisted by force. ZOB was a mix of Zionist and socialist organisations, with big differences in politics – their point of unity being that all Jews, regardless of their political outlook, would end in Auschwitz. Their differences would need to be debated in the arena of action against the Nazis. The largest group in ZOB was the Bund (Revolutionary Jewish League of Lithuania, Poland and Russia), formed in the area known as Yiddishland, from where many of the leaders and members of left-wing parties across the world came. Indeed, the uprising is the last great moment of what some have called ‘revolutionary Yiddishland’.

ZOB was completely outnumbered and outgunned as they only had a few rifles and pistols, smuggled into the ghetto, and some homemade weapons. The German army, with thousands of troops, machine guns, tanks and some air support, was taken by surprise and startled on the first day and withdrew, with dozens of casualties and a damaged tank. It was the start of something of great meaning for all observers of the events.

In May 1943, Joseph Goebbels, Nazi propaganda chief, fumes in his diary about Jews fighting back and with captured German weapons. What makes it even more important was that Nazi theory held that Jews – men and women fighters – could not fight back like this, that they were incapable of any, let alone armed, resistance, as they were subhuman. At the end of May, the Nazis decided that they could not defeat the uprising without larger loss of life and decided to burn the ghetto to the ground. Some survivors fled through the sewers; most were captured and killed.

The ghetto fighters left a universal message of humanism and hope in the face of barbarism. It was an inspiration understood by some of the leaders of the Polish resistance, one of whom commented that ‘the blood of the ghetto fighters was not shed in vain … it gave birth to an intensified struggle against the fascist invader’. ZOB issued their ‘Manifesto to the Poles’, one of the greatest socialist appeals, proclaiming the uprising as not exclusively a Jewish fight, but a much wider Polish and universal struggle against fascism. We need to take this message to our hearts as we confront racism and fascism wherever and whenever.

Henry Maitles is an Emeritus Professor of Education at the University of the West of Scotland and an SWP member. Marek Edelman’s book, ‘The Ghetto Fights: Warsaw 1941-43’, is available from https://bookmarksbookshop.co.uk/view/33730/The+Ghetto+Fights+Warsaw+1941-43

Refugees and asylum: Unfortunately, there never was a ‘golden age’