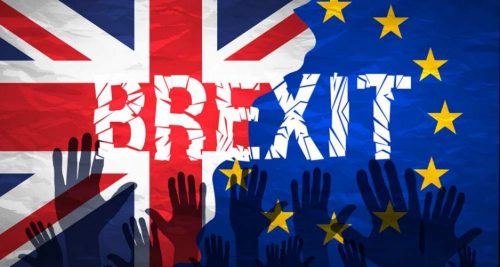 Reversing globalisation reduces need for immigration controls
Academic studies show a significant increase in South-to-North global migration since the Cold War. The Brexit result was partly driven by unease over immigration. And, indeed, irregular migration across the Mediterranean and southern US border has overwhelmed physical state controls in recent years, due to war, impoverishment and climate-change. The distinction between refugee and economic opportunist has become ever more blurred.

The SNP government, in the developing Brexit debate, has laid a claim to Scottish powers of immigration control: partly because the Scottish vote went against the Brexit norm; partly to manage an independent Scottish economy. (Not, as it happens, to discourage migrants from below our Southern border in search of better welfare climes.) But in my view the entire issue has been inadequately and even misleadingly presented.

First, migration, in the era of universal human rights, is not considered one of them. The Universal Declaration of 1948, and the succeeding formal conventions, stress the right of individuals to citizenship and free movement within their own, native country; to leave and re-enter it, and seek refuge under extreme circumstances elsewhere; but there is no recognised universal right to migrate (defined by the UN as living abroad for more than a year). Rather, in the post-colonial era the rights of all entail a legal expectation that each state government will provide a practical sufficiency of life for its citizens. By the same token, no-one else is obliged to do so.

Academic studies also find that even today, with the massive refugee crises facing developed societies, only about 3% of the world’s population is migrant. Equally, South-North migration has no logical natural limit. I am not suggesting that sub-Saharan Africa will eventually empty itself into Europe, but European democracies are clearly under strain from immigration in confusing and contradictory ways.

For example, our public services are said to be under financial pressure from the influx of migrants – putatively, from relatively-poor and large families (whether here or ‘over there’) – while the staffing of the public services itself is dependent on foreign labour; or that owing to our ageing demographics, young foreigners are needed to keep the economy afloat, and validate those under-demand public services, or our tax systems, or both; or that owing to the demands of technological progress, we need foreigners of high skill-levels anyway, all the time.

Yet in what sense are these statements true or statistically-meaningful, all at once, as a picture of a single society? And are not immigration controls not only lawful governmental restrictions, but also ambiguous political instruments? Are they manipulative instruments, to satisfy the demands of employers for the lowest possible wages, the easiest access to labour, and the weakest employee-solidarity on working conditions? Mass migration has made for a permanent buyers’ market in Northern society, whether the buyers are in government or private business – or for that matter, legal or illegal. This is a moral breakdown, whatever the proposals to manage it. An institutionalised market for human beings equates to a return of slavery.

Some academic analysts have sought to condone or even welcome this conjuncture – evoking copious North-to-South remittances, or the advantages of skills-acquisition by Southern migrants. But these are short-sighted arguments. The Scottish Government was not elected, and surely lacks the broad capacity, to formulate a policy (for example) to recruit foreign doctors to staff the NHS, in direct competition with its Swedish/Dutch/German counterparts in the same buyers’ market. Still less does this answer the longer-term need for experienced doctors in the Southern societies which first paid for their education. As for remittances, these largely escape international legal controls, and are lubricated by widespread bribery and corruption in Southern countries, where they tend to exacerbate social inequality. The world of mass migration has absolutely nothing to do with the liberation of the post-colonial South.

As a former migrant myself, but one from the North who saw something of the South, I recognise the value of matching urgent demands to economic needs through the reorganisation of work. But in a situation where all the causes of mass migration fuse into one, the proper response is to reverse the migratory tide altogether. Most importantly, to help reconstruct the poorest of post-colonial countries – those ruined societies – beginning with sub-Saharan Africa. Through increased foreign aid, we should be returning those necessary skills and money – sending our citizens, at our expense, to dismantle North-South inequalities through the rough democracy of the workplace – their workplace, where it is really needed, not ours. It is time for us all as Europeans, and not simply as Scots, to pioneer this imaginative solution to the problem of mass migration – and not seek to profit from it, or exploit it through populist rhetoric.

Dr Peter Lomas is author of ‘Unnatural States: The International System and the Power to Change’ (Piscataway, NJ: Transaction Publishers, 2014).