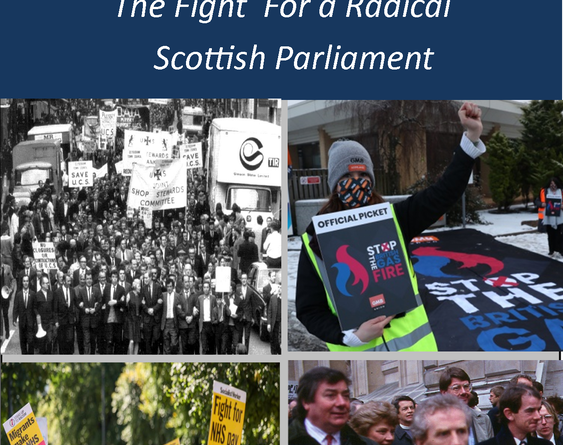 In the latest issue of the Red Paper, it is argued that the Scottish Parliament has fallen far short of the kind of parliament we need in these days of footloose, vampire capitalism. The current, dire state of the Scottish economy and the need for a radical strategy to address it are covered by Professors Byrne and Foster. Mike Cowley contests the strategies for change that radical independence movement are putting forward, while arguing that the left across the political spectrum must find a way to work together to build a socialist response to the current crisis. Alongside Neil Findlay’s article (see SLR Mar/Apr 2021), Tommy Kane also argues that if we are to resist the poverty and misery contemporary capitalism is inflicting on Scottish communities, we need appropriate powers at the appropriate level and this requires a more powerful parliament. Together, Findlay and Kane both argue we can win consent for such a powerful parliament by having a third option on the ballot paper of any future referendum on Scotland’s constitution. Professor James Mitchell shows, in compelling detail, how that democratic exercise can be undertaken fairly. Sean Griffin and Beth Winters argue that instead of an increase in powers to devolved nations, precisely the opposite is happening and that in order to give capitalism more scope for increasing profits across Britain, the existing powers of the devolved parliaments are being attacked, mainly but not exclusively, through the Internal Market Act 2020. This issue is available at https://www.scottishlabourleft.co.uk/articles–reports/red-paper-on-scotland-january-2021

Vince Mills is a Labour left activist in Glasgow.