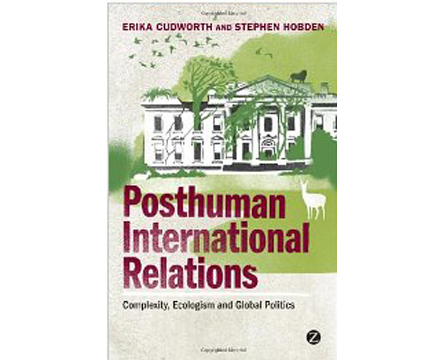 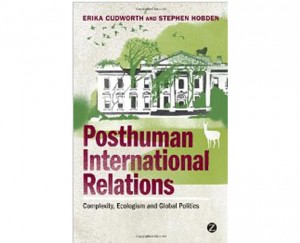 This is an informative and in-depth discussion of contemporary international relations that touches on many current issues, including food production, nuclear arms and the environment, synthesising a range of ideas from systems theory and complexity theory to develop the notion of complex ecologism that underpins the authors’ suggestion of how our understanding of international relations might be adapted to better reflect the world and times in which we live.

The thrust of their argument is unashamedly postmodern in nature, beginning with a critique of the ‘Newtonian’ nature of much social science, driven by the quest for predictable results and patterns, before drawing an insightful parallel between the advent of quantum mechanics in the scientific realm and the development of what is termed a ‘non-Newtonian’ approach to the social sciences, which seeks to account for the inherent instability and unpredictability present in our world. This Newtonian critique is coupled with a strong concern to move beyond the anthropocentric focus of the Enlightenment project (whence the term posthuman), which seeks both to tackle what the authors regard as an “ontological and ethical divide between humans and non-humans” and begin the necessary task of fully engaging with the presence of other, non-human agents with whom we share the planet.

The book offers an excellent and accessible introduction to the ideas of complexity theory as applied to the social sciences, using them to develop a framework to grasp the “dynamic, multilevelled patterning of social life, and its embedding in non-social systems of multiple species”. Building on this understanding of complexity, the authors work towards the idea of complex ecologism, on which their posthuman international relations are founded, an idea which seeks to distance us from the current state-centric approach, ill-suited to resolving the major ecological challenges we face. The book adopts a highly critical stance towards environmental security which, instead of tackling the root causes of our current problems, seeks to preserve the status-quo or at best advocate an incrementalist approach and is hence guilty of fundamentally misunderstanding the capricious nature of the world in which we live. In an insightful case study, EU environmental policy is berated for promoting a solution whereby “a ‘viable environment’ and a ‘sustainable society’” remain “by-products of the greening of capitalist production and consumption”. Instead, the authors draw upon richer, more inclusive concepts such as panarchy and Camilleri and Falk’s idea of homoreflexivity, to develop the idea of a cooperative global consciousness that is well-placed to deal with the significant transnational issues arising from both the awakening of humankind’s ecological consciousness from within and the imposition of this consciousness from without.

The spectre of Darwin also looms large throughout the text, first in the use of the concept of ‘fitness landscape’ to explain how actors in an international system are conditioned by and may in turn condition their context. Thus do we see how the development of nuclear weapons resulted in a dramatic alteration to the fitness landscape of nation-states, and also how, in terms of free trade regulations, more powerful economies may seek to use their clout to manipulate the fitness landscape in order to increase their own chances of survival. However, there is also a forceful critique of Darwinism rooted in the writings of Kropotkin that challenges the bien pensant logic of neoliberalism, arguing that the primacy of ‘survival of the fittest’ is a fundamentally flawed and impoverished misinterpretation of natural selection, massively overstating the role of competition at the expense of another, equally fundamental aspect for the survival of species: that of cooperation.

It is arguably this spirit of cooperation that lies at the heart of this book: from the idea that humankind must shift from its quest to dominate the natural environment to an approach strongly grounded in cooperation and cohabitation with other species, through to the authors’ concern for social justice and a latent dissatisfaction with the trend towards merely greening business-as-usual capitalism, this book is a quest for a framework to further cooperation both between humans and with the world we share. Like many books of late, it proclaims the end of an era and adumbrates ideas as to how we might reinvent our political world, thus forming part of a growing school of thought that holds that in order for the human race to survive and prosper, on the other side of modernity and carboniferous, growth-driven capitalism must surely lie a more ecologically balanced and fairer society.