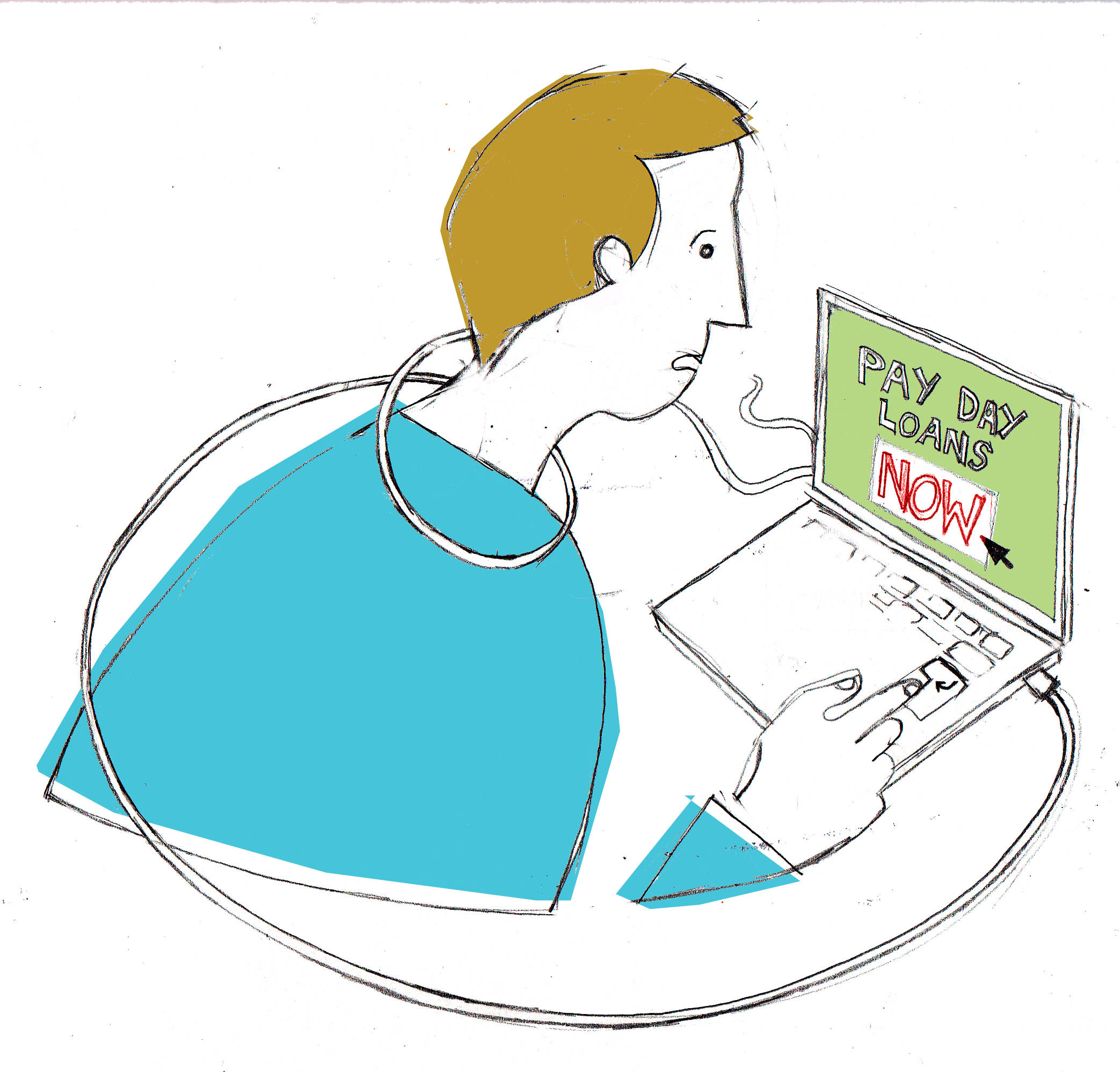 Scotland today is suffering acutely; the pain from years of neoliberal orthodoxy is biting hard.  The manifestations for the Scottish people include unemployment, fuel poverty, frozen wages, rising living costs, the doubling of people using food banks and of course the overall consequence: great swathes of poverty. While for many Scots the oft-trotted out phrase of choosing between ‘heating or eating’ has become an everyday decision. 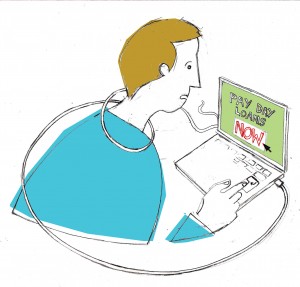 In this climate financial vultures are circling, looking to swoop on all those who find their lives blighted in an era of unprecedented crisis due to unemployment, house repossession or ill health. This article will look at the worst example of these: pay day loans companies and the economic and legislative context which allows these legalised loan sharks to thrive. Conversely, alternatives will be considered; chiefly this will focus on credit unions and how they could be used to fend of the legalised loan sharking of pay day loan companies. However, prior to that discussion we think it is important to understand the economic context in which pay day loan companies operate.

The material consequences of the current, austerity-led policy course being taken in Westminster and largely replicated in Holyrood, are grim. Unemployment has increased by 78 per cent, from 130,000 to 231,000, since 2007. Youth unemployment in Scotland is now at levels which are reminiscent of Thatcher’s Britain of the 1980s. Long-term unemployment among our young people has almost doubled – up from 37,000 to 66,000, while the long-term claimant count among 18 to 24-year-olds has nearly quadrupled, rising from 3,700 in May 2007 to 13,655 at the last count. At the same time the vacancies for Scots seeking work have decreased from 33,836 to 19,394.

The Campaign to End Child Poverty recently reported that in Scotland this year 13 Councils had rates of child poverty of 30 per cent or more. On average it’s said that one in four children live in poverty. Shamefully, the UK, as a whole, has one of the worst rates of child poverty in the industrialised world.  But, when considering poverty we should be clear, this includes children from families both on benefits and in work. In-work poverty is assisted by the undoubted fact that wages are plummeting – note attack on jobs, pensions and the pay freeze policy in the public sector.

Stewart Lansley, author of ‘The Cost of Inequality: Three Decades of the Super-rich and the Economy’, recently told the Scottish Parliament how the share of output going to wages in the UK economy was 64 per cent in the 1970s but has been on a permanently downward slide since that high point and now stands at around 53 per cent. Many attempts to explain that lost 11 per cent have been cited. But let us be clear: it’s as a result of a concerted and deliberate strategy to redistribute wealth from the less well off to the super rich. Since 2000 According to the Sunday Times, the top 1,000 people now have £250 billion more than they did in 2000. One entrepreneur hoping to enter these realms is Errol Damelin of the pay day loans company Wonga.com.

Wonga.com  is one of literally dozens of pay day loan companies where people can access quick money, but it is probably the most high profile of the companies currently capitalising from poverty and people’s misery. Formed in 2007 Damellin proclaims Wonga.com  is seeking to change the world and that its client base is made up of “the ‘Facebook Generation’ – the couple whose boiler breaks down at 7am or the teenager who has to find money for a Glastonbury ticket” (Observer, October 2011).  This is a grotesque PR offensive that represents a complete distortion of the truth.

The truth is people use Wonga or any other pay day loan company because they are desperate and have no money and as they have no other alternative means to quick money.  Pay day loan companies target the poorest people, the people who are already struggling with their bills and who turn to these companies often just to pay their rent and mortgage. These people can accrue huge debts as their loans roll over each month; hence the OFT inquiry begun in February 2012, which will consider the pay day loan sector and the ‘alleged’ irresponsible lending in the sector.

Pay day loans companies need legitimacy as well as business. Advertising and marketing are the most obvious ways to seek that.   They practice blanket advertising and sponsor football clubs (shame on Hearts and Motherwell).    Other methods are much more cynical.  In 2010 Wonga.com was accused of being predatory when it focused an advertising campaign amongst students.  They suggested that students take out high-cost short-term loans so they could buy plane tickets to the Canary Islands. This short-lived campaign – it was withdrawn after a public outcry – also misleadingly suggested to students that their short term loans might be better than student loans. Despite the fact that the annual interest rate with Wonga.com is 4,214 per cent and its only 1.5 per cent with a student loan; a fact unsurprisingly omitted from their advert.

Equally unsurprisingly, poor people often do not or cannot pay the money back quickly enough – or at all. In short, as described by the Citizens Advice Bureau (CAB) in their 2011 ‘Drowning in Debt’ report, people are subsumed in debt. The CAB report how 26 per cent of all new issues they dealt with were debt issues. This equated to ,566 new debt issues that were dealt with by CAB in 2010/11, the equivalent of 400 new debt issues for every day of the year.  Of these, 21,515 were in relation to personal loan debts. Given the APR rates charged by Pay Day Loan companies we can presume that these debts include people unable to pay back Pay day loan companies.

A joke doing the rounds recently linked the national debt of the USA with taking a Wonga.com loan – “America has reached a national debt of $14.3 yet they only asked Wonga.com  for a loan of $200”. Is this a ridiculous outcome? Actually, Martin Lewis of Moneyexpert.com fame calculated that if you borrowed just £100 from the company at their APR, you would owe more than the US national debt after seven years! That said, we should be clear that the terms and conditions of pay day loan companies vary greatly. Common to them all is the exorbitant APR if the loan is not paid back quickly and/or on time.

For any fair-minded person it’s obvious that what Pay Day Loan companies are doing is plain wrong.  So how can they go unchecked without apparently any intervention by Government? Currently they are within the law, so arguably the current legislative framework is woefully inadequate. Margo McDonald MSP who sought to introduce a Scottish Parliament Members Bill on the issue said that “the current UK legislation is not fit for purpose” and that it is “ridiculous that as things stand we are unable to, in Scotland, effectively regulate these businesses”. At Westminster, Walthamstow MP, Stella Creasy, has been fighting to legislate with a view to curbing the exploitative practices of the Pay Day Loan Companies. She has tabled an amendment to the Financial Services Bill on the issue.

The Financial Services Bill at Westminster covers many issues including reforming the way banks are regulated and the creation of a new Financial Conduct Authority. Crucially the new FCA will also oversee consumer credit – and have the power to act against companies who offer ‘toxic’ financial products. This amendment by Stella Creasy would give this new body specific power to cap the charges firms make for credit. Stella Creasy is arguing that this is a vital first step towards tackling the “legal loan sharking” practiced by the pay day loan companies. However, no doubt she would agree that this is only one small step amongst many that are needed.

Long-term we need to make our banking system more socially productive, one which acts in a way that meets the needs of our society. Last month Friends of the Earth alongside various partners, including Unison, organised an important and timely conference into the UK Banking sector. Speaker after speaker argued the urgent need for reform. One, Richard Werner, was uncompromising in his analysis: banks are currently not, but need to be changed into becoming, socially useful entities. He continued, stating that wider government intervention is needed to get banks to use their means for socially productive reasons and that introduces a regime of credit guidance which returns the power to create and allocate money to the people.

Having socially productive banks with a moral compass would negate any need for pay day loan companies. However, as desirable as this is it’s obvious that root and branch reform of our banks is not going to happen any time soon. But, what we can do now is assist those financial organisations who are already working in socially productive ways; particularly the credit unions who across the country are doing such valuable work

But, as Richard Werner told the ‘Just Banking’ conference credit unions are seriously restricted at the same time as banks are unrestricted. We could of course make the same claim about pay day Loan companies, who are getting away with activities that would not be allowed in most other countries across Europe.  In this context Werner posed some profound questions. Why are there so many restrictions on socially useful banks, while simultaneously there are so few restrictions on the profit-oriented, private sector commercial banks? Why not abolish all restrictions on credit unions, but introduce direct restrictions on the amounts banks can lend for speculative transactions?

Nevertheless, credit unions, despite restrictions, can provide a good alternative. In West Lothian there are two shining examples of small local credit unions which, like so many others throughout the country, are providing a great service to local people and keeping them away from the loan sharks, both legal and illegal. Their role in assisting people in the most vulnerable of communities is widely recognised; including by the Scottish Government. However, life for local credit unions is difficult and getting harder and they need help not platitudes.

For example, it could develop a specific fund to assist credit unions. This could be used to a national advertising campaign for credit unions, raising awareness that an alternative exists and pointing people towards www.findyourcreditunion.co.uk or a dedicated new site. The Scottish Government could also consider a levy on high-cost lenders who are based on Scottish high streets or knocking doors across the country to fund the promotion of credit unions and to pay for high street premises so that the ethical alternative can compete on an equal footing despite not generating the same massive profits from members/customers. A possible precedent has been established with the proposed supermarket tax.

To conclude, it’s obvious that the current economic context is providing fertile ground for legalised loan sharking. Likewise, the current legislative framework is assisting in the growth of pay day loan companies and the corresponding exploitation of the poorer members of our society. The UK Government must curb the activities of pay day loans and lift the current restrictions on credit unions. Here in Scotland the Scottish Government must help our cherished credit unions thrive. Long-term, and this is the fundamental question, our onus has to be the creation and development of a much more socially useful and productive banking and financial system. For without that the vultures will always find their prey.