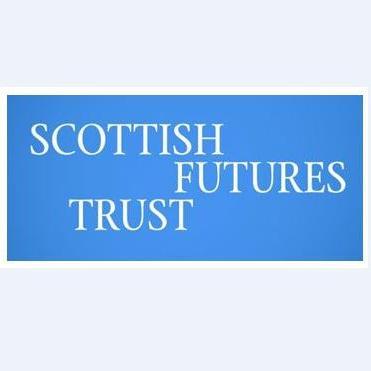 In October 2017, we published a report on the Scottish Futures Trust (SFT). This report, ‘Scottish Futures Trust and Hub Activities’, was commissioned by the Labour Party but is actually a research report which could have been produced for any, (or no), political party. In this article, we summarise some main findings of our report. We then outline wider conclusions on the downsides of the increasing trend for government to rely on various types of external agency for delivering public services, based on our experience not just in relation to SFT, but other agencies.

The SFT was set up by the SNP Scottish Government in 2008. Its primary impact has been through the development of a number of policy initiatives for delivering public infrastructure, such as the Non Profit Distributing programme, the hub programme, and the Growth Accelerator model. Most of these initiatives involve the setting up of various forms of public private partnership, designed so that the relevant capital expenditure is off the government’s books. The impact of the SFT has been considerable – over £7bn of capital expenditure has been delivered or is in the pipeline. A major part of our report concentrates on the operation of the SFT’s hub programme.

Some background first. Scotland has been divided into five hub areas, in each of which a company called a hubco has been established. Each hubco is a partnership between public sector bodies in the area (local authorities, health boards, police, fire), and private sector companies specialising in construction, finance, and facilities management. The hubcos were set up under 20 year contracts and are designed to act as a first port of call for the provision of public infrastructure in their areas. When a requirement for new infrastructure is identified, for example for a new school, the hubco will develop a costed proposal. If this is accepted by the public sector client, then a special purpose vehicle company is set up to undertake the construction and management of the facility.

A major complication in carrying out our study was secrecy. The operation of the hubs is regarded as being beyond the scope of Freedom of Information, (FOI). This effectively puts the operation of the hub programme beyond adequate scrutiny. This is in itself an unacceptable state of affairs. But the situation is made doubly unacceptable because the terms of the original contracts under which the hubcos are set up were designed so that aspects of hubco activity would, in effect, be within the operation of FOI.

Those indicators which are published in relation to hub activities are limited: they are often not backed up by clear definitions: they suffer from the lack of an audit trail to enable the data to be checked: and are sometimes of a non-standard form. In our report, we recommended that the information produced by the hubs requires to be refined in order to be meaningful and more useful in determining how Scottish based SMEs are faring under the hub initiative.

It is widely recognised that public procurement is one of the fundamental levers which government has for influencing the development of the economy. However, the way in which the hub initiative has been designed raises important questions about the long run structure of the construction industry in Scotland, and has potentially important implications for the vitally important small business sector. In particular, we pose the following questions:

• Does the advantage which Tier 1 status will inevitably confer on a particular group of firms mean that they will inevitably come to dominate the large scale construction sector in Scotland, and will it effectively prevent other firms from growing?

• Does the fact that the group of Tier 1 contractors is so heavily dominated by firms which are not headquartered in Scotland mean that Scotland will lose out on certain high quality types of employment – e.g., headquarter jobs, research etc?

• Does the hub structure provide a good environment for encouraging organic growth in the economy, particularly since the hub approach will tend to limit SMEs to a subcontracting role to other private sector firms?

The report highlights a number of technical financial issues surrounding the funding of the hub programme, which need to be reviewed. To give just one example, there is a good deal of secrecy surrounding the terms under which bank lending is secured for hub projects: is this degree of secrecy justified?

Another major concern is whether the financial commitments being entered into in relation to SFT projects will be sustainable in the long term. SFT financing, in effect, largely boils down to the public sector borrowing against future public sector income streams. Current safeguards are inadequate, so it is important that appropriate ones are put in place to ensure that the revenue consequences of SFT projects are indeed sustainable.

All in all, these, and other issues identified in our report require attention – and we recommended that there should be a thorough review of SFT activities. However, there are also wider lessons to be drawn. Our experience in researching other areas (like water, economic development, PFI, and utility regulation) indicates that the kind of problems we identified with the SFT are typical of what is likely to happen when Government chooses to exercise its functions not directly, but through agencies.

There are a number of reasons for this. Too often, when public services are delivered by means of agencies, the relevant expertise within government itself becomes hollowed out – so government is unable to exercise a proper scrutiny role. In addition, government often uses the existence of an executive agency as an excuse to shuffle off awkward questions – and to not get too involved in the detail of what may actually be going on. Agencies themselves are likely to develop a culture and agenda of their own: and, importantly, we have evidence that agencies may well not co-operate adequately with each other, for example in the vital area of progressing overall economic development. They are also likely to attach little priority to developing adequate information systems. And where the agency, or network of agencies, crosses over into the private sector, then Freedom of Information will not apply – and the whole question of commercial confidentiality raises its head.

This is why problems like secrecy, poor information systems, lack of accountability, and ad hoc development of policy arise with agencies. What can be done? The fundamental requirement for any improvement is that government must adopt the right attitude towards the agencies through which it operates. It cannot regard the setting up of an agency as a means of making life easier for Ministers, and for avoiding responsibility for awkward questions about service delivery. It has to remain firmly in charge of policy development, and ensuring accountability. Once government accepts this self-imposed discipline, then the rest should be relatively easy, provided the following three critical requirements are met, namely:

• That the agency, or network of agencies, is operating proper information systems, capable of producing auditable data, and also capable of being flexibly interrogated to illuminate all aspects of agency activity.
• That the agency is required to adhere to the principles of FOI: and that periodic checks are made to ensure that these principles are being adhered to, not just in the letter, but also in spirit.
• That government maintains, in-house, real expertise in the relevant policy area: so that it can meaningfully scrutinise agency activities, and take the lead in periodic policy development.