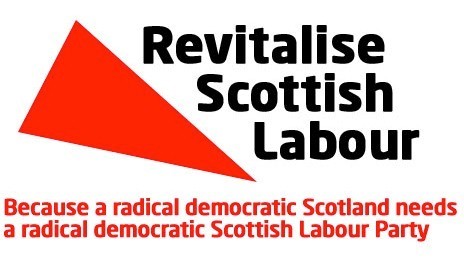 Nicola Sturgeon is right. Next year’s Scottish Parliamentary elections are as important as any election Scotland has faced. For many, the election will be about another referendum and independence. For others, like me, the election offers a chance to present a vision of a post-Covid society under an enhanced devolution settlement – and a Scottish Parliament that uses all its powers; creates a wealth tax and invests in our people, communities and public services; defends and generates jobs; and tackles the climate crisis while promoting a green industrial revolution (as set out in the 2019 Labour manifesto).

The problem is that increasing numbers of Scots are convinced that the first step towards that progress requires constitutional change and Scottish independence. The next problem is if Scotland does become independent, it will make all of those things more difficult to achieve. Nonetheless, as recent polls show, support for independence is growing and it’s not difficult to understand why. Johnson was a gift to the SNP pre-Covid. Now, with his shambolic, haphazard and ‘eugenic’ style approach to the crisis, he has become its biggest asset.

Yet the current level of support is still remarkable. Notwithstanding its abysmal record pre-Covid the SNP has also presided over a Covid fiasco and its main defence appears to be: ‘Aye – but at least we are no’ as bad as England’. The approach to care homes verges on criminal neglect, and it was as under-prepared as the Tories for the catastrophe. The SQA shambles has left an indelible scar on Scotland’s school pupils, parents and teachers, and exposed the cross-class alliance that the SNP is with its shameful record on Scottish inequalities in health, wealth and income – which it has done nothing to address in its near 14 years in office.

Where is Labour in all of this? Under Corbyn, there was recognition that you can oppose independence for solid social and economic reasons but to perpetually oppose a referendum ultimately plays into the SNP’s hands. Thus, Labour can oppose independence and another referendum, but if people in Scotland decide they want to have one – through a mechanism and process to be decided in Scotland – then Labour should not block.

Richard Leonard, as a socialist, rightly talks about jobs, housing, the right to food, a National Care Service, a fairer economy, workers’ ownership and a green new deal – an agenda he recently outlined in an excellent keynote speech. The SNP and Tories have no intention of entering into this conversation, let alone piggy backing onto such a progressive agenda. Quarrelling over the constitution suits them, entrenching their support and diverting attention from their respective failures at Holyrood and Westminster.

But for Labour to be heard on those other issues, it needs to have an approach to the question of indyref2 and independence that speaks to ‘yes’ and not just ‘no’ voters. So, oppose independence, make clear a referendum and more constitutional instability are not what Scotland needs but make clear that this is a decision to be made in Scotland not at Westminster. This would at least get the respect of existing and former Labour voters.

Now is the time for Labour to stop the phoney war around indyref2, stop focusing on process, and play a long game. If not, the SNP will continue to stoke grievance, citing anti-democratic tendencies in both the Tories and Labour, with little attention being paid to the substance of independence itself.

Labour should take on the substantive arguments on independence, pointing out how the shortfall between spend and revenue, meeting requirements of a new currency and getting the public finances in order through ‘significant restraint’ in public spending will see an independent Scotland experience prolonged austerity – a reality the SNP’s own ‘Growth Commission’ report recognised.

This means making clear working class people will pay the price via wage cuts, declining public services, pensions jeopardised, sweetheart deals with foreign investors (with eroding workers’ pay and conditions being the quid pro quo) that the SNP see as central in driving an independent Scotland, and how they may experience a hard border with England if Scotland joins the EU.

Most importantly, Labour must come up with a constitutional position that says it understands the status quo is not working while presenting a positive vision of the augmentation of the powers of the Scottish Parliament within a radically reconfigured federal Britain intent on the redistribution of wealth and power, and how Labour governments at Westminster and Holyrood offer greater potential for progress than an independent Scotland does.

Richard Leonard has already said much of this – and actually indyref2 aside, the paper (much of which came from Corbyn commissioned work) that came out of Scottish Labour’s recent contentious Executive Committee meeting laid out much of the positive thinking on radical federalism and additional powers for the Scottish Parliament. But Keir Starmer needs to urgently get himself to Scotland and say this alongside Richard Leonard. Despite the promises made about radical federalism and a constitutional convention, Starmer has gone AWOL on this agenda. And instead, is currently giving the impression he wants to gain the acceptance of the vested interests of the British state, rather than challenge them through the creation of a new federal state.

Starmer won’t win Scotland if he does not set out a positive Labour vision for Scotland. He won’t appeal to the ‘yes’ voters, which is vital, if he adorns himself in the Union Jack, takes a hard-line approach to another referendum and puts the ‘Better Together’ band back together.

However, first and foremost, Labour needs to get out the undemocratic bind of the talk of blocking another referendum. If Labour makes one simple addition to its recent Executive Committee Paper and make clear it is for Scots to decide their future then we can get on with presenting our socialist vision for a better Scotland with a chance of being heard.

Tommy Kane is the former adviser (for Scotland) to Jeremy Corbyn

Labour at the crossroads – which way will it turn?