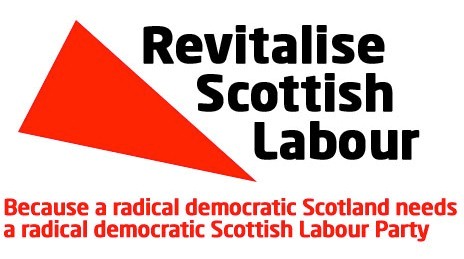 In November 2017, Scottish Labour elected their first leader from the explicitly socialist wing of the party since the advent of devolution. On the left, it was a moment of jubilation and vindication of a long march spent largely in the often marginalised peripheries of protests, solidarity campaigns, and the unions. Yet one year on, the future of the Leonard project is uncertain, and the path it has taken has not been without bumps in the road.

Quietly Leonard has pushed a radical agenda centred around municipalisation, defending local democracy and the argument that Scotland must use its new powers to redistribute wealth and power. Notably, this incorporates pushing for workers to have a statutory right to own the company they are employed in, £40 billion of new investment in Scottish industry through tax rises on the highest earners, and a Mary Barbour law to tackle extortionate rents by tying them to average incomes.

Leonard has patiently chipped away at the SNP’s timid policies on economic redistribution and repeatedly skewered the government over their treatment of schools, in particular the on-going pay dispute with teachers, a skill he has honed over years as a trade unionist.

His conference speech was widely regarded as the best by a Scottish Labour leader for over a decade, enthusing an upbeat and growing membership that increasingly identifies with the socialist roots of Labour rather than the ‘Third Way’ tenets dominant since devolution. But his interventions have not always been met with affirmation from the rank and file.

In September, Leonard seemed to take a hard line on the question of independence, committing the party to blocking another referendum in its next British manifesto, a position that received criticism from many who feel that Scottish Labour must triangulate towards ‘yes’ voters who have grown disillusioned with the SNP’s bland centrism.

The organised left of Scottish Labour, under the influence of the Campaign for Socialism, has remained implacably loyal to Leonard, yet concerns were raised in May when Leonard voted against the Corbyn and Momentum backed candidate for the position of vice chair on Labour’s National Executive Committee.

It has been far from smooth sailing within the party also. Leonard has suffered repeated briefings against him from within his cabinet from day one. Stalwarts of the party’s right, Anas Sarwar and Jackie Baillie, were sacked in October when the insubordination became too transparent, causing a rift that has yet to be healed. Though it was a popular move with the membership, the decision served also to expose how out of touch the Holyrood group are with the new direction of the party.

Those MSPs who remain in the Scottish Parliament after the disaster of the 2016 election under Kezia Dugdale are largely aligned with the centrist tendencies that saw the party pushed into third place in Scotland. This has meant a cabinet containing left-wing stalwarts such as Neil Findlay and Elaine Smith alongside more pragmatic advocates of change who did not turn their nose up at the Corbyn phenomenon, including Monica Lennon and Alex Rowley.

The path to a socialist Scotland does not lie solely at Holyrood, or indeed at Westminster, but Leonard will struggle to achieve the radical agenda he is wedded to without new blood arriving in Edinburgh. Earlier this year, positive signs emerged that he will move to alter the way Labour selects candidates for its list and constituency campaigns, including increasing the role of unions to bring forward new talent.

These radical changes have been mirrored in the campaigning focus also. Leonard, like Corbyn before him, has been quick to push the party and its activists towards more direct community based campaigning in an effort to mend some of the reputational damage done by the Better Together campaign.

In recent months, notable by-election victories have been achieved with an energetic activist base mobilising behind Leonard’s message of ‘Real Change’. In order to maintain and build upon these victories, however, the organs of the party in Scotland will need to endorse and amplify this new spirit. Concerns have been raised by members about the continuing dominance of the party’s right in Scottish Labour’s main office in Glasgow, a problem that has long been considered detrimental to any hopes of fundamental change over the long term.

If that change is to be more than just a flash in the pan, Scottish Labour will need a much bigger team championing the cause of socialism, and Leonard will have to maintain the difficult balance between being more autonomous whilst adopting many of the exciting reforms that have come out of the British party since Corbyn was elected.

I am confident this can be achieved and after a long year of adversarial yet community focused politics, I remain convinced that Richard Leonard embodies the radical alternative to a stultifying politics of bland centrism and nationalist apologism which have held sway in Scotland for too long.

With the right impetus, Richard Leonard’s Labour could well gain considerable popularity in the post-industrial towns and villages of a Scotland left behind by the neo liberal settlement, but there is a long way to go yet.

Mike Cowley is the Political Education Officer for Edinburgh North and Leith Constituency Labour Party and a member of the Campaign for Socialism executive committee.

Lots of labouring still be done for Scottish Labour