If 1968 was a year of political revolution, from Prague to Paris, the aesthetic revolution in Scottish theatre started the following year. In 1969, the board of the Citizens Theatre in Glasgow appointed a young Scot by the name of Giles Havergal, then director of the Palace Theatre, Watford, as its new artistic director. Within a few short years, he – and his celebrated directorial collaborators Philip Prowse and Robert David MacDonald – had transformed the Gorbals theatre into an international powerhouse, and profoundly altered the direction of travel of Scottish theatre culture into the bargain.

The Havergal Citz was, for those of avant-garde, Modernist tastes, quickly to become a palace of delights. Combining radical reinterpretations of the classics with a largely modern, continental European repertoire, the theatre’s output was a shock to the Scottish system, both artistically and socially. A notable case in point was Havergal’s production of Shakespeare’s Hamlet in September 1970. Featuring an all-male cast (with a young David Hayman in the title role) and a liberally adapted script, the production announced its intentions early on, with an opening scene in which the regicidal Claudius was seen copulating with his new wife, the murdered King’s spouse, Gertrude. 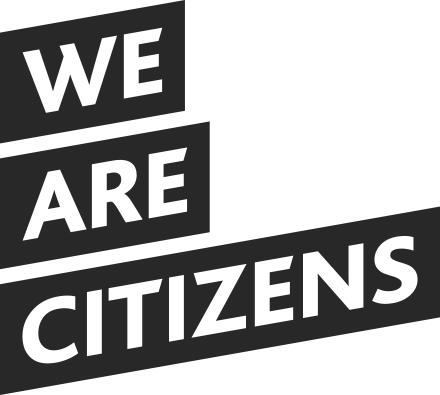 There was, predictably, outrage. The Scotsman decided the production was so outré that it deserved top billing. In a review that appeared on the newspaper’s front page, Allen Wright wrote: ‘[I]t is shameful that this should be the play’s first production in Glasgow for ten years, giving many young people a warped impression of it’. Glasgow Herald theatre critic, Christopher Small, declared the show a ‘silly Hamlet’ in which Shakespeare’s play had been ‘reduced to a dead uniformity of ‘decadence’’. Mamie Crichton of the Scottish Daily Express reflected a widely held view – namely, that Havergal’s coat was, barely a year into his tenure, already on a shoogly peg – when she wrote that, in staging the production, the Glasgow theatre had a ‘death-wish’.

School bookings for the production were cancelled and a considerable amount of pressure was exerted on the Citizens board to get rid of the enfant terrible, Havergal. It was to the lasting benefit of Scottish theatre that members of the board held their nerve and stood by their director. Not only did Havergal go on to complete an extraordinary 34-year directorship at the Citz (most of it with Prowse and MacDonald by his side), but he succeeded in embedding the aesthetics of European Modernism in a Scottish theatre culture that had hitherto been dominated by the conventions of British naturalism.

Throughout the 1970s, when John McGrath’s 7:84 theatre company was making its own history with its combination of music hall performance, Scottish folk culture and agitational propaganda, most famously in the play The Cheviot, the Stag and the Black, Black Oil, the Citz was building a repertoire with a notably European Modernist bent that included works by Anouilh, Brecht, Beckett, Genet and Sartre.

The influence of the Citz’s aesthetics and repertoire was profound, not least on Communicado, arguably the most significant of Scotland’s touring theatre companies. For Gerry Mulgrew, a founding member of Communicado in 1983, the Citizens was ‘a European theatre … There were very few Scottish actors who worked there. They were seen as vagabonds or gypsies, exotic people doing exotic things. They all had English accents, but they were doing German and French plays … I wanted to do something that had Europeanness in it, but also to try and do it as a Scot’.
That Communicado succeeded in its Scots-European project is not in doubt. With a repertoire that has encompassed Robert Burns and Liz Lochhead, Nikolai Erdman and Václav Havel, it was the first in a long line of acclaimed Scots-European companies which includes Suspect Culture, Vanishing Point, Grid Iron and children’s theatremakers Catherine Wheels.

By the 1990s, this revolution in aesthetics manifested itself in a golden generation of Scottish playwrights who were writing for a European and global audience. With plays like Knives in Hens (1995), The Censor (1997), The Cosmonaut’s Last Message to the Woman He Once Loved in the Former Soviet Union (1999) and Further Than the Furthest Thing (2000), David Harrower, Anthony Neilson, David Greig and Zinnie Harris achieved a hitherto unimagined international status for Scottish playwriting. It is through this late flourishing of European Modernist aesthetics, from Havergal’s path-breaking Hamlet in 1970 to Martin McCormick’s Ma, Pa and the Little Mouths (a gloriously absurdist, Ionesco-meets-Billy Connolly play) in 2018 that Scotland has finally taken its place among the family of theatrical nations.

Mark Brown is theatre critic of The Herald on Sunday. He is a regular teacher at the Royal Conservatoire of Scotland. His book Modernism and Scottish Theatre since 1969: A Revolution on Stage is published by Palgrave Macmillan early in 2019.

Resistance that beats – to a beat – can be beautiful