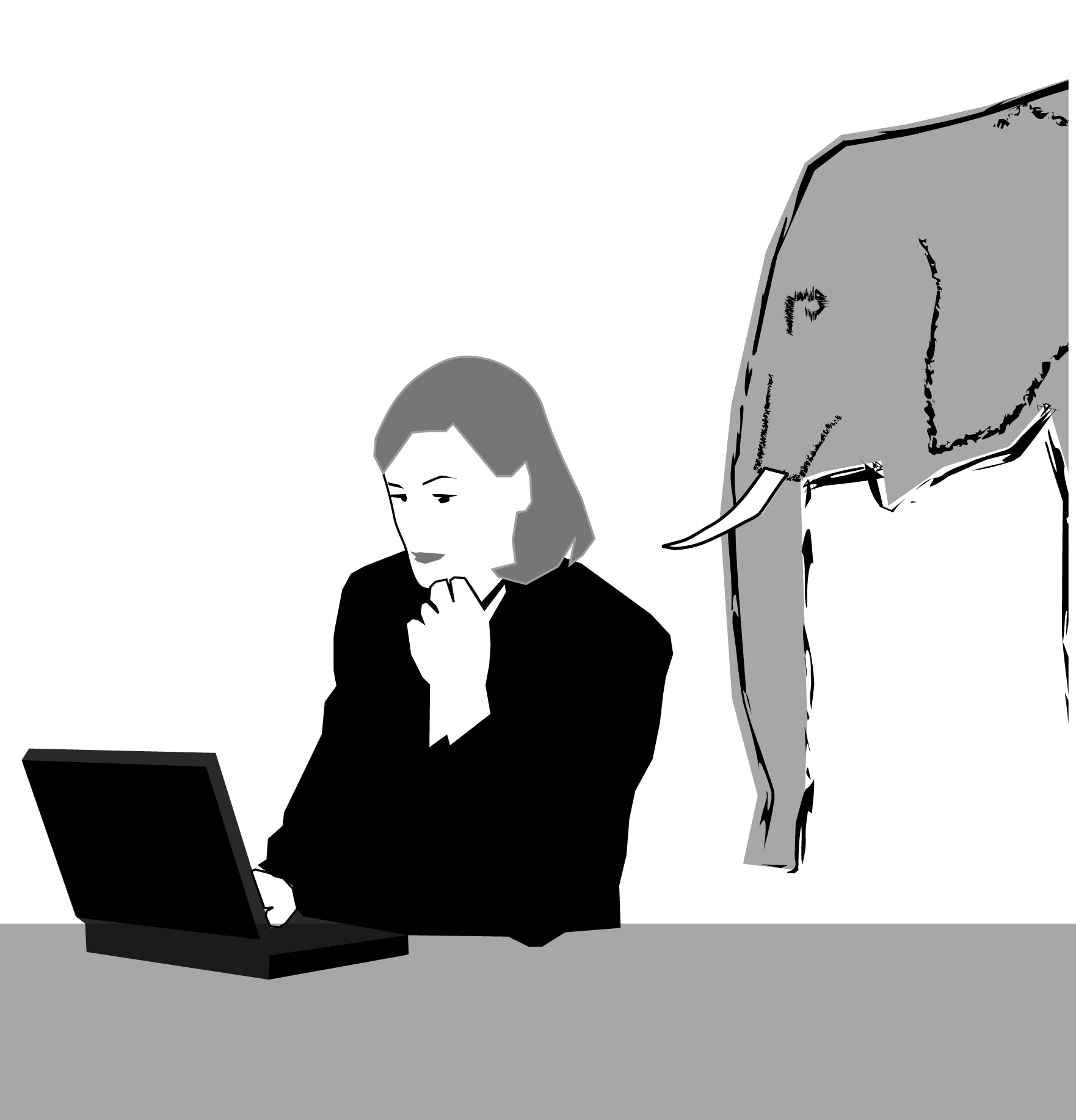 My first encounter with Scottish sectarianism occurred way back in early 1997 in Glasgow. I made the error of going for an after-work pint in the Rosevale pub on the Dumbarton Road. Armed with nothing but a book, I had to leave the pub pretty damned quickly as it dawned on one of the assembled, that ‘I looked like a Tim’. As he had just also punched me on the arm whilst making this proclamation, I realised it was time to leave. I didn’t actually know at the time what a ‘Tim’ was. Just like Desdemona I understood, ‘a fury in the words, but not the words’.

Coming from Northern Ireland I was more used to the Irish language version of ‘Tim’ (‘Taig’). A nice touch that Northern Irish Unionists support the Irish language renaissance. Living in England I have been bemused that some people believe my accent some kind of mnemonic aid for my name – Paddy – which is more generally applied to all Irish. Acting as though my parents helpfully named me thus to make it easier for the British to accurately name me.

The Tim incident reminded me of being shoved on my way home from primary school circa 1970/71 – then it was because I was unable to enlighten the teenage (Protestant) boy about whether or not I was a ‘Fenian’. The nuns had taught me much by then in P4. I could memorise entire biblical passages about people rising from the dead; the names of flowers, US states, Irish counties. It might have been more useful though to have been taught early that I was a Tim, a Fenian, a Paddy. Handier lists. For no other reason than to save me from appearing so socially gauche, particularly post-emigration. 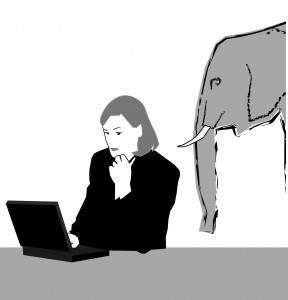 This trip into the personal, and to some perhaps, the seemingly trivial, is to illustrate how efforts are made in everyday situations to locate identities. Not exactly prompted by friendly motivations. Occurring in different countries; at different times; among people of different ages; among males and females.

In late 1996 I moved to Glasgow to conduct a qualitative study on the health of people of Irish Catholic descent. I worked at the Medical Research Council’s Social and Public Health Sciences Unit. The aim of the study was to try to shed some academic light; to explore possible explanations for the persistent, intergenerational quantitative pattern of poor health found among the Irish in England and Scotland. Following a crucial, lengthy research design gestation period (often unfortunately neglected by researchers), I carried out approximately 350 hours of interviews with people from four ethnic/religious origin communities: Irish Protestants; Irish Catholics; Scottish Protestants and Scottish Catholics (with further comparisons by age, social class and gender). The strength and beauty of this research design has been seriously misrepresented in Professor Steve Bruce et alii’s, Sectarianism in Scotland (2004).

It cannot be stressed strongly enough that my study (with Dr Rory Williams) was a study of health/health risk. It examined an array of structural and cultural aspects of experience which might explain the poorer health of Irish/Irish Catholics.  Initially, sectarianism as an explanatory factor was the last thing on our minds. As some sociologists are prone to emphasise; it emerged.

More often than not, researchers of disadvantage and discrimination (and policymakers) get it wrong, and think that the former necessarily implicates the latter. Equally a seeming lack of disadvantage does not necessarily denote the absence of discriminatory practices. Experience of discrimination cannot be ‘read off’ from statistics situating different groups in terms of educational achievement, housing and employment status, mortality differentials, etc. Any group differences found merely provide a starting point for investigation.

Highlighting this is to flag up the importance of examining the myriad processes which lead to different life chances; whereby experiences of class, ethnicity, religious identity, gender, locality, age, etc. intersect and overlap in producing disadvantage. As Miles and Brown (2003:79) so eloquently explain in relation to racism, ‘Defining racism by reference to consequences absolves the analyst (and activist) from the task of identifying the diverse processes that create and reproduce disadvantage’.

I hope that people will eventually talk about, ‘the concept formerly known as ‘sectarianism’’

Being a researcher of sectarianism can be as dangerous as an RC dropping into a pub owned by a Rangers FC manager. Some hint is to be found amidst the pages of Ethnic and Racial Studies (2003-05). Published evidence of anti-Catholic discrimination in employment, experienced by er, Glasgow Catholics, and supported by evidence given by Glasgow Protestants, was ‘rubbished’ by a Casaubon-like character and his male academic colleagues. The creator of Casaubon (another woman with a ‘male’ name) tells us he spent his life, unsuccessfully, attempting to write The Key to All Mythologies.

Not content with an academic paper, these new myth-makers spread their net; and in 2004, The Year of the Myth, published two books on the issue of sectarianism in Scotland. One has the semantically unfortunate title, The Sectarian Myth in Scotland. Whilst I recognise that sectarianism is a widely experienced problem in Scotland, I stop short from implying that even Scotland’s myths might be incorporated under the ‘sectarianism’ umbrella.

I am not sure why so much has been published by academics protesting (methinks too much) the non-existence of, in their view, some social fiction. These new myth-makers have any academic investigating any aspect of the experience of Catholics/Irish Catholics in Scotland within their sights. I have therefore become part of a cosy club of admonished academics. Elinor Kelly and I are the token women. It does not seem obvious as yet that those on both sides of this great Scottish academic divide might benefit from the inclusion of women as authors and research subjects.

I do though have a problem with a couple of myths myself. The first is that ‘sectarianism’ is what we are actually talking about.  I hope that sociologists, policymakers and the public, in both Scotland and Northern Ireland will eventually talk about, ‘the concept formerly known as ‘sectarianism’’, and describe the relevant practices by the pithier signifier of ‘racism’. In both places, this racism is predominantly anti-Irish (or anti-Catholic/anti-Irish Catholic).

The second myth which concerns me is the view promulgated in Scotland that somehow ‘sectarianism’ relates only to football, and then only to working class men behaving badly. My research and a cursory reading of Section 74 offences reports dispute this focus. Only one third of Section 74 offences in 2005 had anything to do with football. In my research, sectarianism occurred across an array of social spaces and involved women too, as perpetrators and victims.

The composer James MacMillan caused a stir in 1999 when he referred publicly to sectarianism, as the now oft-quoted, ‘Scotland’s Shame’. On the other hand, Bruce takes the view that, “Scotland’s disgrace is not religious bigotry. It is the unthinking way in which sectarianism is assumed, without evidence” (The Guardian, 24/4/2011).  Many of the sociologists in Scotland at the turn of the century were woken up by MacMillan’s remarks. They were discovered to have largely accepted the un-evidenced view that sectarianism evaporated with the arrival of multi-nationals in the 1960s. Just before MacMillan spoke (and evidently naïve about just how resourceful human beings are) Bruce had claimed, the “decline in sectarianism in Scotland was driven mainly by the lack of opportunity to act in a sectarian manner” (Bruce, 1998:141). I am still sad that around this juncture, Miles, a scholar of racism and class, who included the Irish in Scotland in his theses, didn’t just go to (North) Carolina (University) in his mind.

The issue of research evidence should concern everyone interested in Scottish society and policy responses to any societal problem. Unfortunately, to date, Scottish Government research reviews and briefings on the issue of sectarianism have been disappointing. Allied to this is the problem of an official reliance on a limited number of academics, who ironically espouse the view that this problem to be investigated doesn’t actually exist.

In Glasgow, where the problem is perhaps most marked and related to the city’s history, just under a decade ago a Glasgow City Council-funded research project on sectarianism, was not open to general tender. One of the new myth-makers acted as the Council’s ‘adviser for its research on sectarianism’. Meanwhile in Edinburgh the General Registrar Office (GRO), when consulting on changes to be made to 2001 Census, peculiarly copied Bruce into its replies to consultation responders.

I was involved at the time in efforts to incorporate religion questions into the Census for Scotland, and proposed amendments to the 1991 Census question on ethnicity to include both Irish and Scottish ethnic choices. Is it telling that at one juncture, after the religion question had been settled, a view from GRO was that an Irish ethnic category was not necessary as the Irish would be covered by the Catholic category anyway.

The poverty of academic rigour exhibited by the most vocal academics who write about sectarianism is concerning. No word count can permit the level of explication needed to fully substantiate this last statement. The sheer number of breaches of, and misdemeanours relating to, social scientific principles, the endlessly repeated tired and unproven arguments in the academic, as well as in the wider press, are avalanche-like.

However, there are real, thorny, research problems to be confronted. A critical, systematic review of the evidence is indeed, critical. New research, using qualitative and particularly ethnographic methods, is a pressing need. Additionally there is scope for thorough analyses of already-existing datasets. We need to know more about the experiences of young people and about females, and about subcultures beyond football.

The shape of Scotland in future and how it copes with ‘sectarianism’ might be facilitated by some formal recognition of the enormous contribution made by Irish migrants and subsequent Irish generations to the development of the Scottish nation. Perhaps a commemorative plaque at Holyrood to all those Irish (mainly men) who died in the construction of Scotland’s physical infra-structure? Perhaps the Irish might be more positively incorporated into the story of Scotland’s immigrant mosaic? Perhaps there could be an official apology for their experience of racism (‘sectarianism’)?

Rather than producing laws which arguably will criminalise the singing of songs; a better idea, which would address sectarianism more widely, would be to introduce a law which compels employers (as in Northern Ireland) to monitor the religious background of their employees. In these economically straitened times, this would cost nothing, as it would merely involve minor additions to standard equality opportunities monitoring forms.

Sectarianism is not an inevitable feature of Scottish society. It cannot be politically and legally bracketed off as football-related. Its effects though do vary by location, age group, social class and gender. Ultimately any society on a quest for future equality and economic success, shall fail in its aspirations unless it deals honestly with unsavoury aspects of its past and its present.