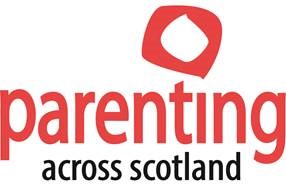 The Scottish Government is developing a comprehensive action plan to deliver its Equally Safe strategy to end violence against women and children, but has had little if any debate about Section 51 of the Criminal Justice (Scotland) Act 2003.Yet that’s the section of the Act which gives parents a legal defence of ‘justifiable assault’, making physical punishment of children legally permissible.

It’s fair to say that many people today would be shocked by the tone of some of that debate. In the years since, our attitudes towards physical punishment and its prevalence have undergone considerable change. The numbers of young adults reporting regular physical punishment during childhood has dropped substantially. Eighty percent of parents in Scotland say they don’t think physical punishment is useful. And children agree, regularly reporting that other methods of discipline are more likely to work and less likely to undermine their relationships with parents.

Despite robust evidence linking physical punishment to harm, a clear human rights case for equal protection and the change in our social attitudes, legal reform can still seem challenging. Often the question is posed: do we really want to risk criminalising parents?

Legal reform will support parents, not criminalise them. As has been shown to be the case in countries which have already reformed the law, legal reform would act as an instrument of change defining in law a new social norm around what is acceptable treatment of children and spearhead changes in our attitudes and parenting practices. The Scottish Police Federation, which supports legal reform, is clear that reform will not lead to a huge rise in prosecution. It simply gives children the same right to protection from physical assault as adults. The same test for deciding when to prosecute, based on reasonability and proportionality to circumstances, will be applied to all cases of reported assault against people of all ages: adults and children alike. After all, we are not talking about creating a totally new law, but about removing a defence that gives children less protection from assault than adults.

Being a parent can be tough at times. But physical punishment doesn’t help, it actually makes it harder. Violence prevention begins in the home, in the messages we give our children from the earliest age. Legal reform gives a clear message to all of us – and supports us all to move on to better ways of bringing up our children, based on what evidence and research shows us is best. Doing so will not only make us better parents – it will also make us a better society. So let’s match our actions to our aspirations by acting now to give our children equal protection from violence.

Claire Simpson is the Project Manager at Parenting Across Scotland, a partnership of charities which offers support to children and families in Scotland. More information at http://www.parentingacrossscotland.org/