The Socialist Health Association has argued for many years about the importance of tackling health inequalities. Health inequality remains the major issue for our times. And the world is a very different place now ñ we are going through major economic flux ñ so the issue of inequalities is ever more pressing.

We are living in turbulent times, globally and locally. We face an unprecedented economic crisis, mass unemployment, credit squeezes, a major recession, a depression even.

It might be worthwhile defining health. Health is not confined to the medical definition of absence of disease or infirmity. It is about physical and mental health and also social wellbeing ñ and about being able to live a full and fulfilling life. And what is inequality in health? Much of the discourse in this area is synonymous with the social justice agenda and with social and economic inequalities. So inequalities in health are unfair and avoidable. They are inequalities in health determined by wealth, power, and prestige (or rather the lack of these).

Some examples from research in Scotland in recent years: Dental decay levels in children in Scotland have improved overall ñ good news! But inequalities between those children in our most deprived communities and those in the most affluent have not budged to the same degree ñ bad news! The problem of dental decay seems increasingly and stubbornly polarised to the poorest in society.

Mouth cancer rates, over the past 10 years, have increased ñ up to nearly 700 cases per year. And we have also seen widening inequalities which began in early 1980s but continue to this date. Such that the risk associated with low socioeconomic position is double that of higher positions ñ and this risk remains when you take into account smoking, alcohol, and diet behaviours.

The third example from research at the dental school in Glasgow is violence and rates of alcohol-related facial injuries. We found that the risk of being admitted to hospital with an alcohol-related facial injury was seven times greater if you lived in the most deprived areas compared to the most affluent. This is a scar across the face of Scotland ñ a physical scar yes ñ but also a social one.

These statistics are replicated across many measures of health (almost all in fact). And hold true most starkly for the most major of all measures of health ñ life expectancy. Depending on which side of the railway tracks you are born will predict how long a life you will have. In Glasgow alone we can still see differences in life expectancy as extreme as 54 years in the poorest communities and 82 years in the most affluent, a near 30 year difference.

The potential explanations are numerous ñ social and economic inequalities harm health through many and combined pathways, in summary they include:

What will happen to inequalities in health in times of a major economic crisis? To begin to answer this, an examination of examples of historical data may enlighten.

The Great Depression of the 1930s. With unemployment and absolute poverty rising to 30% of the US and UK at the time, income inequalities became even wider. While life expectancy during this time in the US continued to improve overall, there are no direct data on differences by socioeconomic groups. There is no doubt however, that some fared worse than others. And the mass suicides of bankers seems to be something of a myth.

Data from around the Oil Crisis of the 1970s/ early 80s ñ showed that many countries at this time experienced severe economic recessions that appeared to have demonstrable adverse effects on vulnerable populations ñ especially the poor and especially children. Hereís a quote from a UNICEF review on this: ìonly in South Korea and Cuba ñ countries that have deliberately implemented policies to protect children and the poor even in times of relative economic adversity ñ have the broad trends towards improvement in child welfare continued unaffectedî.

The final example is the Collapse of the Soviet Union which was accompanied by striking trends in health. Between 1990 and 94, life expectancy in Russia fell from 64 to 57 years in men and 74 to 71 in women (still better than parts of Glasgow!). This dramatic fall over such a short time period was a direct result of the economic inequality gap widening and exerting an effect through decreased social safety nets, decreased social cohesion with corresponding heightened violence and alcoholism.

What now? Where now? In our globalised, interconnected world, what are the likely scenarios for health inequalities as a result of the current global economic crisis. A reduction or flattening in the growth of GDP could reduce inequalities within a country due to a reduced gap between the rich and the poor. Or ñ more likely ñ such a reduction in growth would still hit the poorest hardest 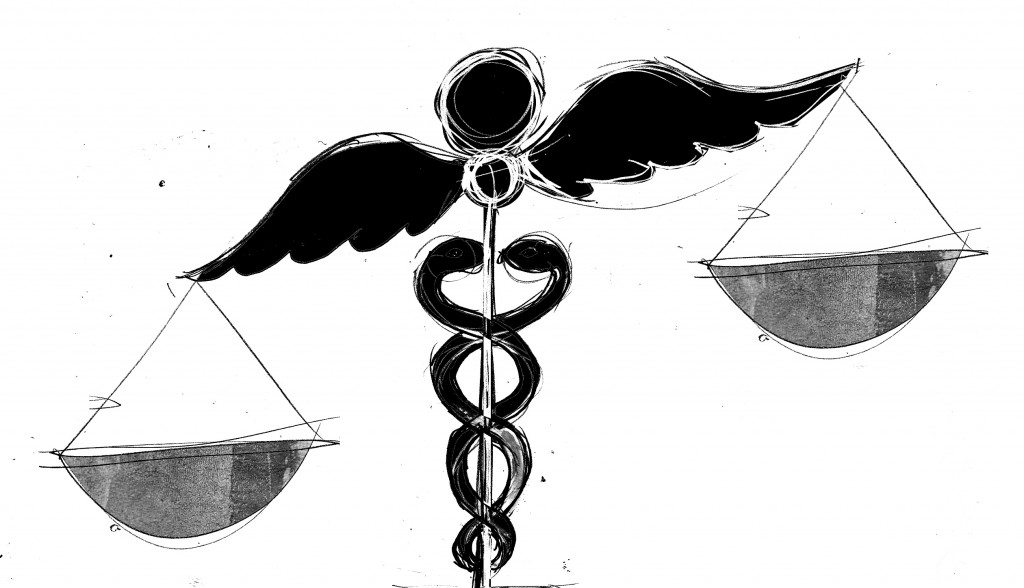 There is considerable evidence being accumulated to discredit the maxim that economic growth is automatically accompanied by benefits (including health and wellbeing) for all. A report from the United Nations recently noted ìwidening disparities in economic performance are creating two worlds ñ ever more polarizedÖ. The poorest 20% of the worldís people saw their share of global income decline in the past 30 years. Meanwhile, the share of the richest 20% roseî.

These same trends and inequalities in the economy are mirrored for health outcomes: So we see improvements in health for the Scottish population but widening inequalities.

Have policies just not been bold enough or brave enough? There has been a lot of effort speaking up for the poorest in society and there have been policy initiatives aiming to bring levels of income and health up but, critically, redistribution has not been on the agenda.

Economic policy must be centred on a vision of a fairer and more equal society where the benefits of prosperity are shared by all. But to deliver this vision, there is a need to be bolder on redistribution and the targeting of those in greatest need.

There is growing evidence that it is in the early years of life that inequalities do the most damage. A recent review from the Joseph Rowntree Foundation reported that child poverty is expected to rise during this recession and will consequently cost more to redress. They estimated an additional 4.2 billion on top of the 2 billion already committed will be required if we are to achieve the 2010 target of halving child poverty by 2020. This is a major, significant and tough choice for tough and turbulent times. Can it be taken?

The Socialist Health Association recognise that there are a wide range of policies needed to tackle inequalities in health (again supported by evidence). The structural, social, and economic policies which could tackle health inequalities include redistributive taxation and tax credit measures, improved benefits, housing and community amenity initiatives, job creation.

So to tackle health inequalities, the health service has a limited role. This has been a difficult pill for us in planet NHS to take. But we now need to take it, prescribe it and advocate it.

An analysis from 2007 found that giving everyone the health of those at the most educated level in society would save more lives than the whole of the health services by a ratio of eight to one. Education policies, therefore, are also integral to social change advocated here, and resources need to be targeted and redistributed more to those most disadvantaged schools and communities.

The Socialist Health Association plays an important role in the development of public health and healthcare. Since its establishment in 1930 ( as the Socialist Medical Association), the SHA has campaigned for a National Health Service and to defend the principle of comprehensive health care that is funded from taxation and free at the point of use. For further information go to their website at www.shascotland.org .”