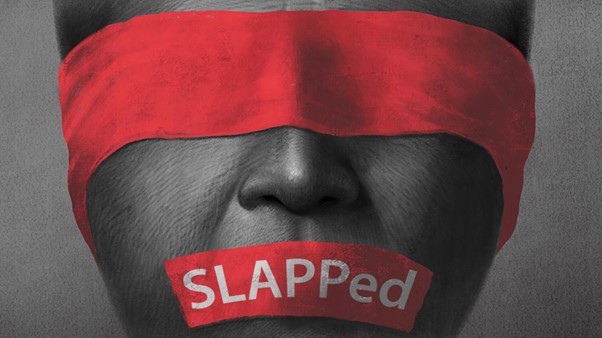 Curiosity in – and scrutiny of – supply chains has resulted in exposures of and improvements to the food industry, clothing manufacture, PPE production and a host of other issues. The news and information supply chain also deserve rigorous scrutiny because the UK has nurtured complex institutional and legal mechanisms which have successfully operated in the shadows, protecting elite reputations and business. The effect is to stop authors and journalists writing stories of public interest and publishers shying away from text that they instinctively recognise will result in legal warfare. Rarely will the public know what they are missing, which negatively impacts on our ability to form an opinion about all sorts of daily concerns.

In 2021, the UK Anti-SLAPP Coalition catalogued growing evidence on the use of abusive legal threats and strategic lawsuits against public participation (SLAPPs). It pointed out that the ‘impact goes beyond those directly subject to these legal tactics, posing a wider challenge to society and the principle of public participation’. The problem is self-made as the UK has established a welcoming legal environment of enforcement with global consequences unlike the US which has identified the fight against corruption as a core national security interest.

‘SLAPP’ describes a lawsuit where the primary objective is to harass, intimidate and financially and psychologically exhaust one’s opponent via improper means. In some cases, there is no litigation process since the initial, formidable legal correspondence can very quickly lead to a retraction and apology from the target.

From the many cases members of the UK anti-SLAPP coalition have studied and worked on, common hallmarks include:

A 2020 Foreign Policy Centre report called ‘Unsafe for Scrutiny’ included a survey of 63 investigative journalists in 41 countries working to uncover financial crime and corruption. It found 73% of all respondents stated they had received legal threats because of information they had published, with more than half saying it had made them more cautious as a result.

After Russia invaded the Ukraine, the UK Government issued an emergency consultation on SLAPPs, relating to England and Wales, which closes on 19 May. A range of reform options are considered to preserve legal remedy for those who allege they are defamed as well as root out SLAPPs including establishing a statutory definition, introducing an ‘actual malice’ threshold for SLAPP claimants and introducing a costs-capping system in SLAPP cases.

Anyone who has been on the receiving end of a SLAPP, or who has been subject to abusive legal threats, is encouraged to participate. Recipients of legal threats can share their correspondence to help build a full picture of legal intimidation in the UK.Redacted letters are acceptable too if key information is readable such as threats to reputation, property owned and income. Those organisations who have an interest in SLAPPs are also encouraged to share their experiences and that opens the consultation to all of us whose right to freedom of expression, by receiving and imparting information and ideas, is compromised through secrecy and silencing scrutiny. Set out in Article 10 of the European Convention on Human Rights, domestic enforcement of the right is enabled by the Human Rights Act 1998.

SLAPPs are, of course, only one part of the architecture of legal intimidation which also includes whistleblower victimisation by employers determined to stopthose who speak up in the public interest. The Scottish Government commissioned short-life working group on public interest journalism reported in November 2021 and agreed on ‘the public benefit of a strong and diverse media ecosystem with both small and large participants.’ The Scottish Government has made a commitment to respond to its eight recommendations and we await implementation.

Given that the UK is ranked 33rd out of 180 countries in Reporters Without Borders’ 2021 World Press Freedom Index, a range of measures are necessary to ensure we have a free press domestically so that wherever we live, public interest reporting is enabled, treasured and read.

Carole Ewart is Convener of the Campaign for Freedom of information and a member of the UK Anti-SLAPP Coalition.