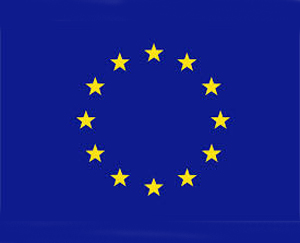 The EU elections were a good result for the SNP but not a great one. For sure winning’s what matters in every electoral contest and it achieved that comfortably which offers profile and momentum. However, this was a poll where it faced virtually no contest with Labour and Tory imploding and the Brexit Party and Lib Dems challenging from a far lower base north of the border.

In many ways, the SNP’s now all dressed up but with nowhere to go. Whilst it’s clarified the party stance on Brexit, it opened-up questions on where it goes on independence. As the new (post-Salmond/Robertson) SNP leadership comes under more general review, questions on direction and policy are also only going to increase.

Setting itself out as the ‘Remainer’ party in the European elections hasn’t caused any major issues internally. As support for Brexit has shrunk in Scotland, so it has within the SNP. Many who used it as a protest vote against Cameron or immigration in 2016 have learned the true cost, as the hard right has been empowered and racism along with other prejudices have been unleashed.

Others who were more ideologically driven, with opposition to the institution of the European Union on issues such as the common fisheries policy, have seen that life outside is not so rosy or that fishing was always discarded by the British rather than being snatched by the Europeans. Perhaps, the only saving grace of Brexit is that it’s exposed where the fault for the demise of the Scottish fishing fleet lay, and allowed for the industry leaders to be shown to be the handful of oligarchs that they really are.

The ‘lend us your vote’ strategy for the EU poll was successful, with some, if not many, supporting SNP who would be opposed to indyref2, let alone independence. That’s no crime as all parties do it to some extent and SNP has done it before, albeit with different calls at previous elections. There’s always time and hope to convert them and voting is habit forming.

But it does raise questions about just what the strategy is for independence, never mind just what the policy narrative is for the party more generally. EU elections do tend to see an increase in the differential turnout between more affluent and poorer parts. That’s understandable given the distance and perceived lack of relevance of the EU. That was heightened by an SNP campaign which focussed on aspects of the EU that would be lost and yet most benefit the better off, rather than wider social and economic consequences. Free movement and issues in academia are of more concern to those at a senior level in the education sector or those that have the means to enjoy regular travel abroad than they are to those already marginalised in Scotland and for whom access to university never mind city breaks to Europe are but a distant dream.

Direct correlations from EU polls to further elections are always hard to make and SNP leadership focus has returned to indyref2. The challenge now is different and votes won in an EU poll cannot be assured. Whilst the legislation now announced may be better than the proverbial poke in the eye with a sharp stick, its most certainly not confirmation of a referendum next year as portrayed by some. It’s simply about being seen to be doing something even though there’s neither required consent from Westminster nor a strategy to get around that impediment. More importantly, the electoral timing with both Westminster and Holyrood elections looming mitigates against much of that.

So, the SNP is now at a crossroads in terms of where’s it going and what’s it for. More than four years into Nicola Sturgeon’s tenure and the constitutional cause is no further advanced and the political narrative has been blurred.

The Growth Commission perhaps best encapsulates her reign. What was required were arguments and options; confirmation that keeping the pound was perfectly credible, suggestions that joining the euro was not the end of life as we know it, and that an independent currency was also perfectly feasible.

Instead a tightly knit group, indicative of Nicola Sturgeon’s closed inner circle, took years to return with a policy position that was hugely unpopular with many and has left the party’s position arguably even less clear than before. Added to that, it was a growth agenda that they’ve done nothing with and yet is now being openly questioned, indeed even arguably superseded, as climate change becomes all too manifest.

The ‘new’ SNP has moved the party’s broadly social democratic position to one of mirroring, if not exceeding, other leading European centre left parties, thus, focusing on identity inequality rather than wealth and land disparity. Winning hearts and minds on the doorstep of housing schemes is now supplanted by professional focus groups and opinion polls. The former hasn’t worked on the continent as EU elections showed and the latter won’t work here as the votes to be won over are ignored or abjured. Moreover, inequality and climate change are increasing social tensions and the need for more radical action is now required.

A debate on SNP policy and strategy is, therefore, urgently needed – not sound bites and piecemeal actions. The British state is in political meltdown and may never be weaker, yet those who challenge party orthodoxy like Joanna Cherry and Chris McEleny are traduced and side lined. Let the abuse of centralised power cease and debate begin for time is short.

Kenny MacAskill is a former SNP MSP and Justice Secretary. He is now a columnist (with the Scotsman) and writer (with books published on ‘Glasgow 1919: The Rise of Red Clydeside’ and ‘Jimmy Reid: A Scottish Political Journey’).

Reuniting the left in Scotland