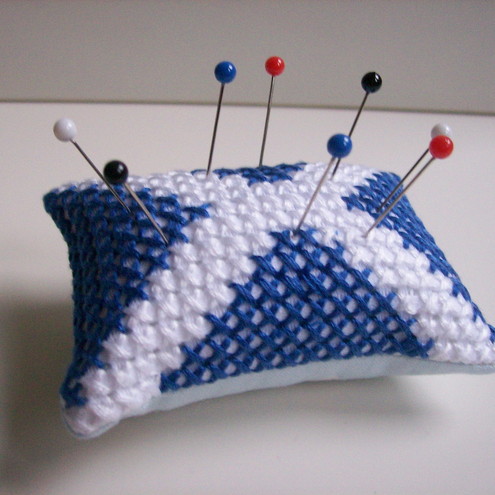 There have been momentous political events taking place in Europe in recent years which have challenged the ruling capitalist hegemony and shaken the system to its roots. Syriza in Greece, Podemos in Spain, the SNP in Scotland and Corbyn’s Labour in Britain are the most important and interesting. All of these movements represent a mass rejection of neo-liberal economics and its associated inequality, austerity, job losses, unemployment, service cuts, increased taxes, low wages and unremitting poverty while the rich grow richer. The advances made by these movements were all at the expense of the traditional right-wing social democratic formations in each of their countries but, with the exception of Corbyn’s Labour, they have all failed to maintain forward momentum in recent electoral campaigns having disappointed their support over the intervening period.

Since Corbyn’s election as Labour leader, the left has grown both in stature and in strength, so much so that the Party now boasts the largest membership of any European Party, totalling some 650,000 members. Despite the manoeuvres of the right-wing Parliamentary Party and the Party’s right-wing apparatchiks, massive gains were recorded in the 2017 general election fought on an unapologetic, anti-austerity, left-wing manifesto to such an extent that Corbyn’s party is now a government in waiting. The gains in Scotland were more modest and support more muted.

In the 2014 independence referendum, many anti-austerity individuals and organisations campaigned and voted for ‘independence’ and although they lost the vote the SNP gained a membership of 120,000 and the momentum generated by the campaign carried the SNP to a spectacular 2015 general election success, winning 56 seats out of 59. At the 2017 general election they lost substantial swathes of support, mainly to the Tories but also to Labour, finishing with 35 seats.

The political reality at Holyrood, where the SNP has been in power since 2007, has been marked by posturing and sleight of hand being the order of the day. In that time, the nationalist administrations which, initially were ‘noted’ for managerial efficiency are now ‘noted’ for damage limitation exercises.

They have been the most centralising governments since the Thatcher governments. Police services and Fire and Rescue services have been removed from local government oversight and control and threats are being made to coral education services into 8 regional authorities, with no role whatsoever for the 32 local councils.

National ‘hubcos’, on which contractors are represented, are used to award most public contracts. Quangos are the favourite management tool for the nationalists, with promises on anti-blacklisting and local job opportunities in the procurement of public contracts cynically broken.

When the Peoples’ Assembly Scotland met with Scottish Ministers to discuss the Peoples Manifesto, the delegation were informed that the Scottish Government was already implementing the Assembly’s proposals!! This seems to be the stock-in-trade response from the nationalists at both local and national level – ‘we are already doing that.’

In reality, what they are doing is passing on Tory cuts to Local Authorities. Between 2013 and 2017, the Scottish government budget was cut by 1.5% but the nationalists insisted on slashing Council budgets by 4.6%.

The ‘Scottish Futures Trust,’ the SNP flagship instrument for investing in Scotland’s infrastructure, was initially ruled illegal by the EU Commission because it did not include enough private capital and a separate £10bn investment deal with Chinese companies was still-born when one signatory withdrew amidst a public outcry.

A manifest opportunity to return rail services to public ownership was spurned by the SNP when they awarded the ScotRail franchise to Abellio, which is owned by the Dutch government! They also used EU law to allow privateers to bid for the island ferry services, with Serco winning the northern routes.

In the decade of SNP government, three Education secretaries have come and gone with Russell, Hyslop and Constance widely regarded as total failures and the incumbent Swinney is desperately trying to pick up the pieces. Health secretary Robinson is failing to reach her own targets, Rural Affairs secretary Ewing is desperate to conceal his rabid support for fracking, Transport secretary Yousaf is the target of irate rail users, Police and Fire secretary Matheson oversees the complete shambles that is Police Scotland and the Housing minister hardly has a council house to his name.

The First Minister, Sturgeon has obsessed so much about a second ‘independence’ referendum that her government has not introduced a single piece of notable legislation for more than a year.
The SNP Holyrood roll call of failure over the past 10 years has now entered folklore, with excuse after excuse failing to ameliorate the dismay and growing anger of the Scottish people.

An independent Scotland would find itself with a budget deficit of more than £13.5 billion which represents 8.3% of its GDP and falls foul of the EU fiscal compact which dictates a deficit of less than 0.5%. The difference would have to be made up by increasing taxes, or cutting services even further. Leaving the EU would provide greater room for manoeuvre, but the SNP, unfortunately for it, is sadly one of the most Europhile organisations in Europe.

Having helped the Tories bring down the Labour government in 1979, they lost 9 seats, hanging on in Dundee East and the Western Isles. The leader, Gordon Wilson MP (Dundee East) became the target of a leadership challenge from the ‘79 Group’, led by Alex Salmond. The party then decided to stand in local elections and won the Hilltown ward in Dundee.

During the Thatcher years angry Tory voters deserted their political home and turned, in numbers to the SNP. This was the period when the SNP began to win control of local authorities, beginning with Angus Council. Salmond became party leader and he and his supporters styled themselves as social democrats. The party developed slowly up to the 1997 election which resulted in victory for the Blair Labour Party but in subsequent elections, spurred on by disillusionment with Labour, the SNP developed rapidly at both local and national level. They purported to be an anti-Tory organisation but the Salmond leadership was beginning to target Labour. Some of their activists made no secret of the fact that they wished to destroy and replace the Labour Party as the majority party in Scotland and angry Labour voters moved to the nationalists in even greater numbers.

The campaign for a devolved assembly/parliament in Scotland took root and grew in opposition to the Tory governments. This mainly trade union and labour movement initiative was boycotted by the nationalists who pursued the purist ‘independence’ line. By the time of the formation of the Scottish Parliament in 1999, the SNP was all for devolution, recognising it as a vehicle to deliver ‘independence’. This exploitation of the parliament together with anti-Tory rhetoric and a superficial social democratic veneer delivered spectacularly for the SNP up to, during and after the ‘independence’ referendum.

Following his failure to win the referendum, Salmond resigned and the leadership passed to Sturgeon. The SNP at base is a petit bourgeois nationalist organisation with no real substance, which aims to represent all Scots, including large employers, medium to small employers, the middle strata and employees. It attempts to be all things to all men/women and talks about Scotland without defining which Scotland it means. SNP campaigners are renowned for changing their message and policy depending on whom they are speaking to. Their social democratic posture further confuses some working people but the majority among the Scottish proletariat continue to support the Labour Party, even more so since Corbyn became its leader.

Salmond is recognised as a competent bourgeois politician who, as the Chinese say, talks out of both sides of his mouth and his opportunism, suspect manoeuvring in smooching the likes of Trump, Murdoch and Soutar and his oleaginous, easy style hides a basically capitalist, pro-boss politician who ruthlessly pursues their interests. Salmond and his party pay lip-service to the working class movement and its interests, with the occasional nod in its direction.

He has spent at least 38 years spinning the people of Scotland a tale about a nirvana in an ‘independent’ Scotland. His much vaunted ‘Scotland’s Future’ which was delivered to every house during the ‘independence’ referendum campaign was revealed to be a puffed-up, but empty vision of a country tied to the neo-liberal European Union. He and his party are neo-liberal advocates of low levels of corporation tax and have failed to deliver on their promise to abolish the council tax and replace it with a more egalitarian local income tax or land value tax.

There is a nasty anti-English streak running through the SNP and its support base, which would rather operate jointly with employers in other nations than with English workers, despite England being Scotland’s biggest trading partner.

The SNP cohort in the Westminster Parliament act and talk left but their counter-parts in the Holyrood Parliament act and talk right. No-one can be all things to all men/women, a choice has to be made as to which opposing social and economic forces should be supported and policies developed which meet the needs of those forces. The SNP’s glaring weakness is its lack of any tangible, organic link with the organised working class.

For too long the SNP has mined the vein of grievance in Scotland with no material benefit for working people. Its focus is on identity, which can be extremely divisive, rather than on the more positive and unifying concept of class and that is why it can never be a social democratic organisation, why it will never truly represent the interests of the Scottish working class and why its star is now on the wane. To all intents and purposes the ‘independence’ train has hit the buffers and run out of fuel and over time the Scottish people will desert the SNP, which having failed to deliver for them, will increasingly become irrelevant along with so-called ‘independence’.

Raymond Mennie is secretary of Dundee Branch of the Communist Party of Britain, chair of the Dundee Peoples’ Assembly and a member of United Left Scotland within Unite.