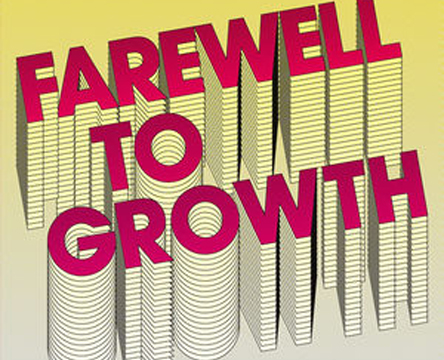 This year corporate lobbyist and former RBS banker, Andrew Wilson, delivered his long awaited Growth Commission Report (GCR) on the prospects for an independent Scotland. Nicola Sturgeon’s reaction since, and the reaction of the SNP’s rank and file, has been muted to say the least. The collective reaction of the ‘Yes’ movement’s left wing, however, has been both vocal and damning. Influential writers and activists who saw independence as a route to a ‘socialist’ or ‘left wing’ Scotland have been left angry, let down and abandoned following publication of the report.

I completely understand their anger. Independence may have seemed like something bold and exciting for many people turned off by stale party politics, but if the prospectus laid out in the GCR is the independence we can look forward to from the SNP, then it is no wonder the reaction has been so damning – bold and exciting it is not (unless you are a masochist).

George Kerevan, an economist and former SNP MP, said: ‘Andrew Wilson’s conservative economics might win dubious praise from the professorial superstars of a failed bourgeois economics … But there are those who will not be enraptured by this document – the poor, the unskilled, and the working-class voters who want hope in their lives and might be persuaded that an independent Scotland will give it to them. These are the very voters Jeremy Corbyn is also appealing to’. Crash!

The Herald’s Iain MacWhirter followed with: ‘Nicola Sturgeon, who was always thought of as a dedicated left-winger, has found herself defending a document that reads in places like one of George Osborne’s Budget speeches’. Bang! Meantime, Robin McAlpine of the Common Weal advised: ‘The commitment to a deficit reduction programme, an incredibly low public debt ceiling and a commitment to peg public spending below the rate of GDP growth already has a name – it’s called austerity.’ Wallop!

It appears these commentators were caught unawares and are surprised that a former RBS senior adviser and director of lobbying firm, Charlotte Street Partners (which is financed by merchant banker Sir Angus Grossart and whose client list includes some of Scotland’s wealthiest business people), would not write a single word that would offend corporate Scotland. I certainly was not.

Of course, Wilson is a true believer in right-wing, free market, neo-liberal economics that has always been a strong feature of the SNP’s economic policy. In that he is not alone – Mike Russell (in his book Grasping the Thistle), Fergus Ewing, Derek MacKay and John Swinney all hail from this school of thinking. Socialists, or even social democrats, they are not!

The report’s co-authors include Finance Secretary, Derek Mackay, Education Minister, Shirley Anne Somerville, senior SNP councillor Marie Burns, and MSP Kate Forbes amongst others. Its content is supported and endorsed by people at the very top of the SNP. That should alarm many who put their faith in that party to deliver a progressive vision for Scotland.

Their vision is of a Scotland of fiscal restraint, of austerity and cuts, of a country whose interest rates and monetary policy are set by another state, where unions don’t even get a look in. It is a vision of a Scotland based on the continuation of a neo-liberal Scotland. This is not the Scotland the independence supporting left were sold in 2014, but it was the one we would inevitably have ended up with had the vote gone another way.

A newly independent country without the power to set interests rates and monetary policy would be independent only in name. The GCR suggests that Scotland would look to move to its own currency once six economic tests had been met (including stable public finances). On current predictions, based on Scotland taking on its share of public debt, that period would be at least ten years if not more with a £5bn ‘annual solidarity payment’ to be paid to the Westminster government as part of the deal. If the Scottish economy can be fixed without control over its own currency, then why have an independent currency at all? The GCR was supposed to solve the contradictions of the 2014 White Paper – it has only ended up exacerbating them.

Compare this to the vision of Labour’s leaders in Scotland and Britain and the choice for socialists is obvious:

‘The great problems of our age: fighting for people’s rights and living standards against the power of international capital… have been fought for and defended by people on the ground for generations. These are problems which individual nations cannot deal with alone’ (Jeremy Corbyn)

This vision of hope and aspiration for all our people, not just the corporate voices which Andrew Wilson seeks to reassure, is radical and refreshing. The choice now in Scottish politics is between more managerialism delivering the same failed economic orthodoxy or a Scotland of real change delivering progressive policies for the many not the few.

Labour is the party of socialist progress in Scotland and Britain – and we welcome pro-independence voices who understand that their hope for a new country was not driven by a flag or history, but by a desire to see a fundamentally reformed economy and society.

Neil Findlay is a Labour MSP for the Lothians