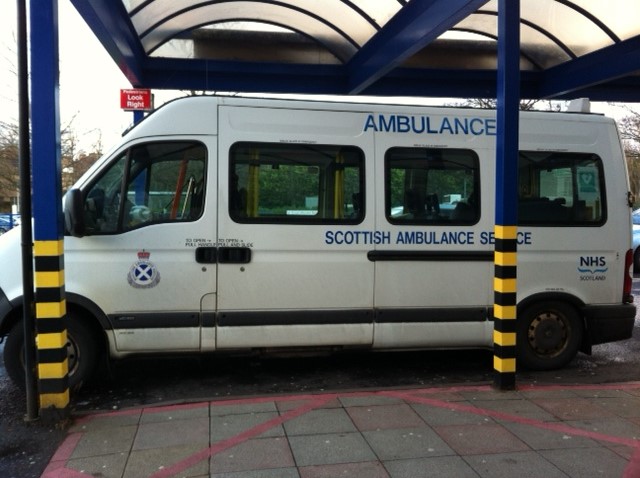 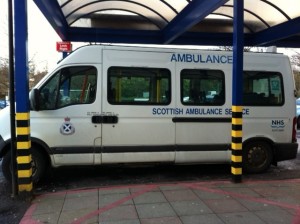 Scotland’s NHS is under pressure like never before in its history. From the front door of the GP’s surgery to the back door of the hospital, the system is bursting at the seams. We see growing demand and expectations, rising vacancies, shortages across a whole range of disciplines and an increasing reliance on bank and agency staff with the use of the private sector soaring.

Professional bodies and unions such as the BMA, RCN, UNISON, patients groups and royal colleges continually raise concerns about the pressures on the system and the impact on the people who work in it. In recent weeks, Audit Scotland has identified that nearly half a million bed days were lost last year because people were stuck in hospital when they could and should have been treated at home. In short, the social care system, the key to improving flow through the system and releasing resources within it is failing and failing badly.

This represents a massive waste of human and financial resource as well as being bad for patients. According to the Scottish Government, it costs around £4000 per week to keep someone in hospital but £300 per week to support someone to recover in their own home. We also know that for many patients supported recovery at home will mean a quicker recovery than in hospital.

So it would appear obvious what it is we have to do, so why is the Scottish government so slow to act? The crisis is not coming in a few years or decades – it is here now! And, of course, it will only get worse as Scotland experiences further demographic change with a rapidly growing elderly population.

Prior to entering parliament, I was a councillor in West Lothian from 2003-2012. During that time, I was proud to be part of a forward thinking modern local authority. We delivered high quality public services at a cost the tax payer was willing to support. The council was recognised nationally and internationally, being named UK council of the year in 2006.

Central to our achievement was innovation in social care. Without any need for legislation, NHS services and social care services began working together to deliver integrated care packages for the elderly and vulnerable. Social workers, nurses, doctors and care staff coordinated the care packages to be delivered in the community.

In the home, alarm systems, flood monitors and new equipment were installed to ensure people could manage when they came home from hospital and services were put in to prevent hospital admission in the first place. Delayed discharge and bed blocking was reduced dramatically as people were no longer stuck in hospital beds waiting on a care package being put in place. This approach was very successful and, indeed, along with a few other councils in Scotland set the trail for how things can be done when the culture of service delivery changes.

Of course, the Public Bodies (Joint Working) Act 2014 is an attempt to force change through legislation but change can and will only be achieved if social care is seen as a national priority. We will never create a caring, effective and responsive social care system based on a zero hours, poverty pay back to the bottom system.

The reality is that all elements of social care are based on a race to the bottom. As councils see their budgets slashed by the Scottish Government and are shackled by a centrally imposed and underfunded tax freeze they have been forced to outsource contracts and drive down the costs. This has resulted in social care providers competing to win contracts by cutting training budgets and reducing the biggest element of their operating bill even further – wages!

So social care is now a minimum or near minimum wage sector. Care visits to the elderly last 15 minutes – as one staff carer said to me: ‘we stay long enough to hear the ping of the microwave’. Staff are more often than not denied travelling time between clients and some are forced to pay for their own phone calls back to their employer.

I spoke to one young carer recently who received four days training in an office, a day and a half shadowing another staff member then was given 30 clients to visit on her first day. For this she was paid the princely sum of £5.13 per hour. This is what we are doing to our older people not to mention the young carers of tomorrow.

Carers want to do their best and support our mums and dads, grannies and granddads but the system won’t allow this to happen. Indeed, for many carers the wages and conditions are so bad that I am told many work in the sector only long enough until they can get another job. Recently one care provider reported losing a large number of staff when a new supermarket opened up nearby offering better terms and conditions than his care company could offer.

And yet, knowing this dreadful situation prevails and how it is impacting on our elderly and vulnerable friends and relatives, we hear government ministers bragging about the council tax freeze and their settlement to local authorities as though it is some sort of political triumph. It is not – it is nothing short of a national scandal. So what should we be doing?

Well, we need to make social care a valued profession with a career structure to match. The living wage should be paid as a minimum to every carer. Many in the public sector receive the living wage but through procurement legislation this could have been extended to private contractors but the SNP government voted this down.

We have to end the 15 minute care visit culture – people need appropriate care not rushed flying visits with minimal contact. And, we need to end the zero hours exploitation that dominates the sector. Key to all of this is ending contracts being awarded on the basis of cost.

In Europe, we see the threat to our NHS and wider public services from TTIP – we cannot allow this to happen. But it is at home, here in Scotland that we need change most – the denial strategy adopted by Alex Neil (the previous Cabinet Secretary for Health, Wellbeing and Sport) just won’t cut it. We have to face up to the reality that unless we get the social care system right we will simply be stoking up further problems in our NHS.