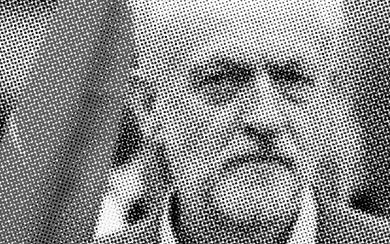 We cannot separate the state of, or prospects, for Scottish Labour from what has happened in Scotland. And what has happened here is not so much explained by ‘Scottish exceptionalism’ as ‘Scottish typicality’.     Scotland has undergone a process of de-industrialisation, seen a financialisation of capital, the decline of organised labour and the acceptance of a neo-liberal consensus by the class politique.

The same thing has, of course, happened to a greater or lesser degree across most of Europe. Just like everywhere else, here we have had a shift of politics to the right, a post-crash collapse of the local social democratic party, and, of course, the rise of nationalism. This is the recent history of practically the whole of Europe – the Languedoc as much as Lincoln or Linlithgow.

Indeed, if the eclipse of social democracy is to be the focus – it’s Scottish Labour under Kezia Dugdale that is typical. Polling at 17% is just about where European social democratic parties are these days – it is the relatively stronger performance of the Jeremy Corbyn-led Labour south of the border at 30% that is bucking the trend as, indeed, is the massive upsurge in membership which isn’t confined to England and Wales but is much more pronounced there than locally in Scotland.

That, of course, is not to say that all Scottish Labour needs to do is be more like Jeremy. It does suggest though that politics – as has been practiced in Scotland this century, by all of the governing or potentially governing parties – isn’t going to rescue Scottish Labour. Post-devolution politics has amounted to timid managerialism garnished with national sentiment or what we might call the ‘civic Scotland disease’ (the symptoms are warm words and a seeming inability to scare the big business horses). The SNP has that territory all staked out. We need to be altogether more radical and ambitious.

It is in the interests of both the Tories and the SNP to keep stirring the ‘national question’ pot; both owe their current success to it. Whether we want to or not (for the avoidance of doubt I don’t think we should want to), it’s simply a fact that we will never ‘out Nat’ the Nats – nor will we be more convincing unionists than the Tories. It’s also a fact if we were looking remotely convincing in either role – they would just up the ante. In the light of these facts, that we shouldn’t be placing all our bets on some whizz bang new constitutional offer is a pragmatic as well as a principled one.

That said, whilst Labour does need to shift the agenda from the ‘imagined community’ onto the existing economy, there is a need to have something to say something on the constitution. Frankly, this isn’t likely to be done by our hands alone – but the offer of a radical shift on a federated British basis. Prior to the failed parliamentary coup against Jeremy Corbyn, there was talk of the British Labour leadership launching a radical approach to citizenship and taking power out of Westminster – of fixing our broken politics across Britain. This would involve changes not just in structures but also in citizenship. The initiative was derailed by the necessity to fight a leadership election but ought urgently to be put back on track.

Getting a hearing won’t be easy, but we need to start by putting more emphasis on the Labour in Scottish Labour. People need to know that we are serious about tackling the issues that face them in their daily lives; that we will do what is necessary to create more and better jobs; that we will tackle the housing crisis through a massive house building programme; and that we are serious about public services, publicly delivered. We have to be, and be seen to be, agents of change – not managers of decline.

A breach with the political consensus is a practical necessity as well as a political opportunity. Scotland has a vacuum where there should be an industrial policy. This can’t be allowed to go on. Vital though they are, we must try and make politics in Scotland about more than the administration of public services. Not least because, post-Smith Commission and the Scotland Act, the overall performance of the Scottish economy will be a determinant of the amount of cash available for those services in a way that it hasn’t been before.

Richard Leonard MSP has begun the work of trying to fill this void. The initial suggestions he is making are in reality quite modest but such is the penetration of a market acquiescent consciousness that they seem almost wildly radical. Scottish Labour’s shadow economy minister is calling for: ‘Positive industrial planning, and a comprehensive manufacturing strategy. One which recognises the greater benefits to the Scottish economy of a vibrant and more diverse manufacturing base, and in turn, the much wider export base which could grow from it’.

This sort of contrast with prevailing trends is what we need. It’s also the very definition of constructive opposition – something we need to get a lot better at. The challenges of Brexit have been well canvassed, but where has Labour’s challenge to the Scottish Government over their attitudes and actions been?

Soon after the referendum a very good (if clumsily entitled) ‘A Post Brexit Action Plan for Scotland’s Jobs and Economy’ was published but has, for practical campaigning purposes, completely vanished. No serious interrogation of the Scottish Government is being attempted on Brexit. The Scottish Government has rejected numerous calls for progressive measures from trade unions (and, indeed, Labour) in recent years because they said they conflicted with EU rules. We should be asking loudly when these issues are to be revisited, not least because it will expose the rather limited social ambitions of a party whose instincts are innately ‘business friendly’.

The relationship with the British Labour party also needs to be looked at. The passion with which Kezia and various others argued at the recent annual British Labour conference that the full autonomy of the Scottish Labour Party was essential to our future surprised many. Of course, that the principle practical effect was to place Kezia (or a front bencher of her choice) on the NEC might possibly have been a factor here. This came out of the blue. The consultation on autonomy launched by the Scottish Labour last year didn’t even ask the question as to whether or not we should seek to have anyone (far less the leader) on the NEC .

It is a proposal that comes entirely from right wing maneuverings when it became clear that the membership was determined not to allow Corbyn to be deposed by the PLP. And I can’t be alone in noticing the disconnect between the seeming need for Scottish Labour to be at the heart of the British party’s decision making being proclaimed as part of a move to have a more separate decision making structure ourselves. That Kezia’s first vote on the NEC was to stop a Scottish trade unionist being chair of the British party merely underlines this.

Leading Scottish Labour in these times is, at least, a full time job. Doing that properly isn’t really compatible with being a (doubtless much flattered) figure in a British faction fight. Whilst being the toast of Progress and having meetings with Peter Mandelson is all very well, it won’t shift a single vote from SNP to Labour. If the NEC role is to continue – it should be democratised. If, as was argued, it is about representing the whole Scottish Labour Party then it really needs to be someone chosen for that task by the whole Scottish Labour Party. The democratic case for this is strong, but there are sound practical reasons too. It goes without saying that if Labour ever starts to look like a threat to the SNP, we will see crucial eye catching votes scheduled for days when Kezia isn’t doing the day job, but instead is at the NEC voting on dates for Labour candidate selections in English county council elections and the like.

Scottish Labour faces huge challenges, and they are far from unique. What is unique to Britain though is that a social democratic party is renewing itself in a radical direction. This is happening faster in England than in Scotland, although it is happening here too as can be seen from Jeremy Corbyn winning the majority of votes in Scotland. Claims to the contrary leave out the votes of affiliated and registered supporters where Jeremy had thumping majorities. We need to be bold in challenging not just the state managerialism of the SNP, but the structure of capital they seek to administer. This will require us to be both radical and bold, but no other course is capable of delivering the change that is so urgently needed. So let us face the future.