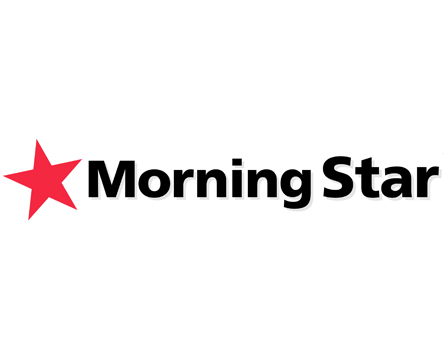 These are hard times for the media. Newspaper circulations are dropping, advertising revenues falling and titles closing. Jobs have been lost across the industry. The BBC faces huge cuts and damaging reforms. Meanwhile the reputation of journalism has been further challenged by the revelations of the Leveson inquiry.

Yet the Morning Star – the only socialist daily newspaper in the English language anywhere – has been busy investing in print and journalism capacity and relaunching itself in Scotland.

Why is this necessary, how is it possible – and what can you do to support it?

Over the last few years, editor Richard Bagley admitted to a meeting of Morning Star supporters and MSPs in the Scottish Parliament at the start of the new session on 4 September, the paper has not served its Scottish readers well enough. One main reason for this has been the difficulty in actually getting physical copies of the paper into the hands of readers on the day of publication. Another reason has been a lack of resources to actually cover Scotland.

Both of these issues are being addressed with the investment in capacity. A combination of issues including lack of access to the distribution networks for the so-called ‘small titles’ plus sheer geography and traffic meant that Scotland and parts of the North of England would only receive the paper the day after publication. And all too often, not at all.

That’s where you can help! For six quid a week – the price of a couple of pints or cappuccinos – you can buy, read and support the Morning Star on a daily basis

The Morning Star has faced that problem in Scotland for a decade. But no more. With a new print deal secured from Trinity Mirror, the Star is now being printed in Oldham and Watford. The two site operation means the paper can be delivered into the distribution network for the north of England and for Scotland much earlier. In turn this means a Morning Star is in a Scottish newsagent or Co-op store near you, right there with all the big daily papers – on the day, every day. Well, six days out of seven, as there is a bumper weekend edition covering Saturday and Sunday.

And the Star is increasing its journalistic resource devoted to Scottish coverage with a dedicated Scotland desk in the newsroom supported by increased reporting on the ground. The aim is to develop this into a full-time Scottish operation.

Of course, all these developments need to be funded and depend crucially on building Scottish and other sales of the paper. And that’s where you can help! For six quid a week – the price of a couple of pints or cappuccinos – you can buy, read and support the Morning Star on a daily basis.

This is an ideal moment to relaunch the Morning Star in Scotland. On the one hand we have a great debate going on about the future of the nation, with the election of a majority SNP government last year and the independence referendum in 2014. On the other hand capitalism is in a crisis with banks failing, currencies imploding and the whole financial system teetering all around us.

The rich lists show that the financial architects of the disaster are by and large doing very nicely out of it. The unemployment and poverty figures show that those least able to afford it are paying the price for the austerity measures imposed by right-wing treasuries around the world. Economic orthodoxy – tax cuts for the rich, public service cuts for the rest of us – is the order of the day. There is no money, we can’t afford to spend our way out of recession… the right-wing slogans are boomed out by the mogul-owned media monopolies and are echoed by the increasingly craven BBC.

The Morning Star is the only daily newspaper on these shores which puts a clear left alternative. ‘For peace and socialism’ is the masthead slogan, which gives a fairly clear idea of its political response to the warmongering financiers who currently grasp the levers of power.

And the Morning Star is the only daily newspaper where the left can debate the issues around what kind of Scotland we want and how we can get it – a debate which is also the substance of the Scottish Left Review.

You’re a reader of the Scottish Left Review. Me too. Have you seen the Morning Star recently? What do you think of it? Do you buy, read and support the Morning Star? I’m thinking a fair number of SLR readers do.

But it could be you just haven’t got round to buying it… whether occasionally or every day. If so I’d like to try and persuade you that you should. If it’s the price – I can sympathise. £1 is pretty steep for most people to get just one paper a day.

If you want or need to read the paper for nothing then you can. The Star is available online, more or less in full at www.morningstaronline.co.uk. It’s also available in public libraries – far fewer than it should be as a result of cutbacks, but you can always ask for it to be ordered.

But I believe the Morning Star is good value for readers of SLR.

One of the Star’s aims is that if it was the only paper you read, you would get everything in it that you needed – news, features, comment and analysis, arts and culture, and a sports section at the back.

The first half of the paper is straightforward reporting of the news – Scottish, British and international – clearly from a left perspective which is different to the mainstream media, and covering many stories which other papers don’t reach.

There is an editorial – like any other paper – which has the paper’s line on the big stories of the day. But the features and comment pages include a range of voices from across the left, which present many viewpoints and challenge each other and the Star position.

The Scottish Voices column features a roster of different viewpoints around the left. These include Colin Fox and Patrick Harvie, leaders of the Scottish Socialists and the Scottish Greens respectively, left Labour MSPs Elaine Smith and Neil Findlay and the SNP’s Bill Kidd, and left trade unionists such as PCS Scottish Secretary Lynn Henderson and Richard Leonard of GMB Scotland.

There is my own regular Around Scotland column, which modesty forbids me from describing – but you can discover it for yourself.

The battle of ideas rages further on the letters pages. There’s just been a barney over the Star’s use of space for Welsh language articles, self organisation of sex workers has been a hot topic, and SSP press officer Ken Ferguson is rarely far away with a pointed comment about something which has appeared – maybe even something I’ve written!

On the features pages for example – as well as pieces by political and trade union figures – I can read one of my boyhood punk-poet heroes, Attila the Stockbroker – still going strong and witty and irreverent as ever. In the sport section I like Alex Scott’s column – she’s a star of the England women’s football team.

Sport’s not really my thing but the Star’s coverage is excellent and wide-ranging. Similarly I’m not a jazz fan but I like reading Chris Searle’s cool, syncopated reviews and features in the arts and culture pages – which cover other forms of music, theatre, film and books. The paper even publishes poetry. Well, why not?

The Morning Star is more than just a newspaper (and website). It is owned and funded by its readers and it engages in grassroots through this structure. The Star operates as a co-operative – the People’s Press Printing Society. It’s unique ownership by its readers and supporters is a model which could provide some solutions to the problems ownership and control in the rest of the media, not least here in Scotland.

There is a Scottish Morning Star Campaign Committee made up of reps from the Readers and Supporters groups plus shareholders such as trade unions. This group organises Morning Star Scottish conferences every March and October, bringing together many of the people who contribute to the paper as speakers to debate key issues in Scottish politics and frame left responses to the many challenges we face.

It also runs a series of public events on “Our Class – Our Culture”. The next Morning Star Scottish conference, on 7 October at STUC centre in Glasgow, is entitled ‘Winning Democracy for Scotland: The power to own, control, develop’.

You can find out more about the Star conferences, Our Class – Our Culture events and Readers and Supporters groups at the www.scottishmorningstarcampaign.com

The Morning Star’s finances are always on a knife-edge. It is not (yet!) the mass circulation paper it needs – and I believe deserves – to be. It needs you to buy it, read it and support it.

“Is that damned paper still coming out?” were the words of a detective involved in attempts to suppress publication of the Daily Worker for reporting and supporting the sailors in the Invergordon Mutiny in 1931.

Well, yes. And it’s still coming out every day, on the day, as the Morning Star in Scotland – reporting and supporting workers as they fight to build a decent, fair and just society here and around the world.