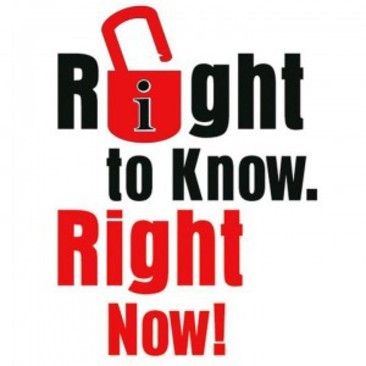 Carole Ewart says it didn’t take an FoI request to work out all is not well in the new, open Scotland

Rarely do politicians tell you what they really think of freedom of information (FoI) as it’s poor form to criticise a key way for the public to hold politicians to account. However, Tony Blair boldly vented about FoI after he left office in his memoirs Tony Blair: A Journey (Hutchinson, 2010):

Freedom of Information. Three harmless words. I look at those words as I write them and feel like shaking my head till it drops off my shoulders. You idiot. You naive, foolish, irresponsible nincompoop. There is really no description of stupidity, no matter how vivid, that is adequate. I quake at the imbecility of it. … Once I appreciated the full enormity of the blunder, I used to say – more than a little unfairly – to any civil servant who would listen: ‘Where was Sir Humphrey when I needed him? We had legislated in the first throes of power. How could you, knowing what you know, have allowed us to do such a thing so utterly undermining of sensible government?’

Conversely, the Campaign for Freedom of Information in Scotland (CFoIS) wants to see bold and robust FoI laws. Established in 1984, we provided solutions to temper Britain’s keenness for secrecy laws that were too often used to silence politically embarrassing stories.

The Scottish Parliament was to be ‘open, accessible and accountable’ in 1999, so CFoIS seized upon the opportunity to demand a robust FoI law to embed a transparent and accountable culture in the new civil service of the Parliament and the Scottish Executive. We quickly became frustrated at the slow pace. 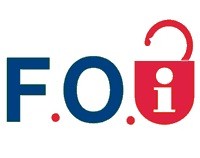 There was a proliferation of FoI laws globally, including in the USA and New Zealand, with the first recorded in Sweden in 1766 (see http://www.peterforsskal.com/) so it was not a new concept. However, it was alien to our system of government. It was three years before the Freedom of Information (Scotland) Act (FoISA) was passed, steered through the Parliament by its champion, Jim Wallace, and it took until 1 January 2005 for the right to be enforceable. FoISA has been a game changer in enabling each one of us to enforce the right to access information held by over 10,000 public authorities. Hundreds of thousands of information requests have been made primarily by members of the public but also by voluntary organisations, housing associations, lawyers, academics, councillors, MSPs, MPs and private sector bodies.

Yet FoISA’ s strength has shrunk, failing to keep up with the fast-paced changes in how we transmit and publish information. There have been broken promises on adding bodies for coverage and poor practice by the Scottish Government which prompted enforcement action by the Scottish Information Commissioner. There are legislative omissions and loopholes which require a remedy informed by how government and parliament actually operate. The good news that the Scottish Parliament has eventually decided to progress the unanimous decision of MSPs on 21 June 2017 and embark on post-legislative scrutiny of FoISA.

FoISA operates alongside the Environmental Information (Scotland) Regulations (EIRSs), and both are enforced by the Scottish Information Commissioner through a free complaints process for requestors. Free access to justice makes the public’s right to know strong and offers a model to be replicated elsewhere in Scotland, for example, for breaches of human rights by public authorities.

Reflecting on 20 years of the Scottish Parliament and 14 years of FoISA, CFoIS believes:

• FoISA must apply to all authorities funded by the public purse, including all ALEOs and all services publicly funded including those delivered by voluntary and private organisations.
• FoISA must focus more on the duty to publish information of the type people want and require publication schemes to be progressively, not regressively, delivered in detail.
• The process of making an information request, and the information on how to do that must follow the principles of inclusive communication. These principles must also be followed when pro-actively publishing information. More information is available at the Inclusive Communication Hub http://inclusivecommunication.scot/
• Learn from good practice elsewhere such as the European Ombudsman’s Code of Good Administrative Behaviour.

Given the popularity of FoI, it is clearly here to stay. According to an IpsosMORI poll in March 2017, 94% agreed that it is important for the public to be able to access information and 77% would be more likely to trust an authority that publishes a lot of information about its work. However, FoISA needs to be radically strengthened to ensure the public’s expectations are met on transparency and accountability and to fulfil the original ambition of how the new Scottish Parliament would operate.

Carole Ewart is convener of CFoIS and a member of the Scottish Left Review editorial committee. For more information on CFoIS’s work, see https://www.cfoi.org.uk/scotland/