JM: Gramsci’s refrain about pessimism of the intellect and optimism of the will has never been more relevant following the abysmal performance of Scotland’s Left parties in this year’s general election. Comparison with previous general election performances shows the Left vote in Scotland collapsing by more than 90 per cent since the 2001 election. In 2010 we were able to field less than a third of the candidates that we did in 2001. The average vote registered for Left parties per constituency collapsed by two-thirds over the same period. By any standard these are brutal results for all of Scotland’s Left parties. While more than a million Scottish workers voted for a war-mongering, pro-business Labour Party that trampled all over their civil rights, less than 9,000 of our fellow workers supported the parties of Scotland’s principled socialist Left. These results more than justify pessimism of the intellect. Are there any grounds for optimism of the will?

GM:Optimism of the will can be maintained even in front of a firing squad. However, there are some intellectual grounds for optimism. The economic crisis has severely dented economic orthodoxy; unions across Europe are largely intact and no longer completely dominated by pro business bureaucrats; the peoples of Spain, France and Greece are resisting the attacks; far left forces in several countries have made advances; left governments are still in power in Cuba, Venezuela, Bolivia (we might argue over others); China shows neo-liberal capitalism is not the sole economic model; America’s military might is not all powerful. Overall, however, the left, particularly in Britain, is weaker than it was and lacks intellectual cohesion, a coherent strategy and particularly a political structure. How did we get here? What lessons should we learn? How do we move forward?

JM: I agree that capitalism is in serious trouble. So why are we, the arch critics of capitalism, not doing better? Partly, it is because of our near invisibility inside the political system. Unlike 1999-2007, we neither hold nor seriously challenge for political office. The mass media ignores unelected socialists. Socialists are invisible to most workers. It is a Catch 22 situation. To be elected you need to be noticed. To get noticed you need to be elected. This will change. The “political system” is itself beginning to fail. When it finally does, the relevance of parliamentary politics will recede as the importance of extra-parliamentary struggle will grow. Politics will move back on to the streets. The Left must then ensure that it has the analysis, the language and the necessary unity to lead that struggle and to expose the bankruptcy of the New Labour opposition. So the present varieties of Left analyses and organisations will need to cohere into a credible and effective political force. There is no alternative.

GM: Unfortunately there always is an alternative for capitalism. However grave their crisis they can adapt the state, normally through ‘strong state’ initiatives, undermining civil liberties, targeting immigrants and minorities such as Islam. These trends intensified under Labour and helped contribute to social divisions. Ultimately even more authoritarian forms can be adopted if they create the preconditions through mass unemployment and smashing the unions. This is the battleground and you are correct in saying the left has no alternative but to fight on this ground and attempt to unite the working class around a common analysis, language and unity, in Gramsci’s term seek hegemony over the class. We are though far from this stage at present and seem to disagree over analysis, language and particularly unity. Our strongest weapons at present are the trade unions and a willingness to fight for defence of services and community facilities. Even here, however, there have been differences over tactics and occasional ultra-left posturing. We must not underestimate how difficult it is going to be to challenge ‘cuts’ unless we challenge the fundamental view that somehow they are ‘a necessary evil’. I believe that a necessary separation of strategic and tactical discussions is required. The People’s Charter is a useful framework for a strategic discussion on a defensive programme and our analysis of the economic crisis. As left Labour, most trade unions, all left parties and groups agree on this, it may be that a civilised discussion can take place which could lead to widely-backed campaigns. Tactical discussions, however, require a degree of tolerance and a willingness to compromise; discussions on left unity involving organisations even more so. It is at this level that we face our greatest difficulty in Scotland. I cannot see an early resolution despite many of us seeing its necessity. However, we should explore possibilities.

JM: I meant that there is no alternative for the Left other than working together to unite the working class in exactly the way you mean through an agreed analysis of what is wrong and, to borrow a phrase, of what is to be done. Capitalism may be down but, as you make clear, it is not yet out. I also recognise how far away the Scottish Left is from forging that kind of unity. There was a ray of hope during the last election when locally agreed truces between some of the Left parties allowed them not to oppose each other in particular constituencies. With the regional list system operating in the coming Scottish election, even that small glimmer of light is likely to be extinguished. Before then, however, we need the Scottish Left working together in a broad-based campaign against the cuts. I agree that this will require compromise. The People’s Charter is open to attack from a Scottish Left perspective. It seeks to reform rather than abolish the British state. Its purpose is to petition Westminster rather than to sweep it away. Its major supporters still fantasise about recapturing New Labour for the Left. However, it remains by far the most radical set of political demands currently backed by some of Scotland’s major trade unions. With the ConDem coalition now in office, we can expect the big British unions to fund and to organise mass resistance to government cuts. These big unions are likely to back one or other of the New Labour leadership candidates. They are extremely unlikely to endorse Charter policies that are anathema to New Labour. They will therefore throw their weight behind a more moderate set of demands that David Miliband and friends can live with. When that happens, the People’s Charter will be the Left alternative in the coming struggle against the cuts. When that happens the Scottish Left will need to decide whether it stands outside of this coming struggle or whether it becomes an integral and important part of that struggle. We already support Charter demands such as the banks and insurance companies being brought into public ownership and the troops being brought home from Afghanistan. We already oppose New Labour, its moderate union backers and their pro-business policies. Why should our distinctive voice and policies not be heard by those who in the coming period will rally behind the People’s Charter? 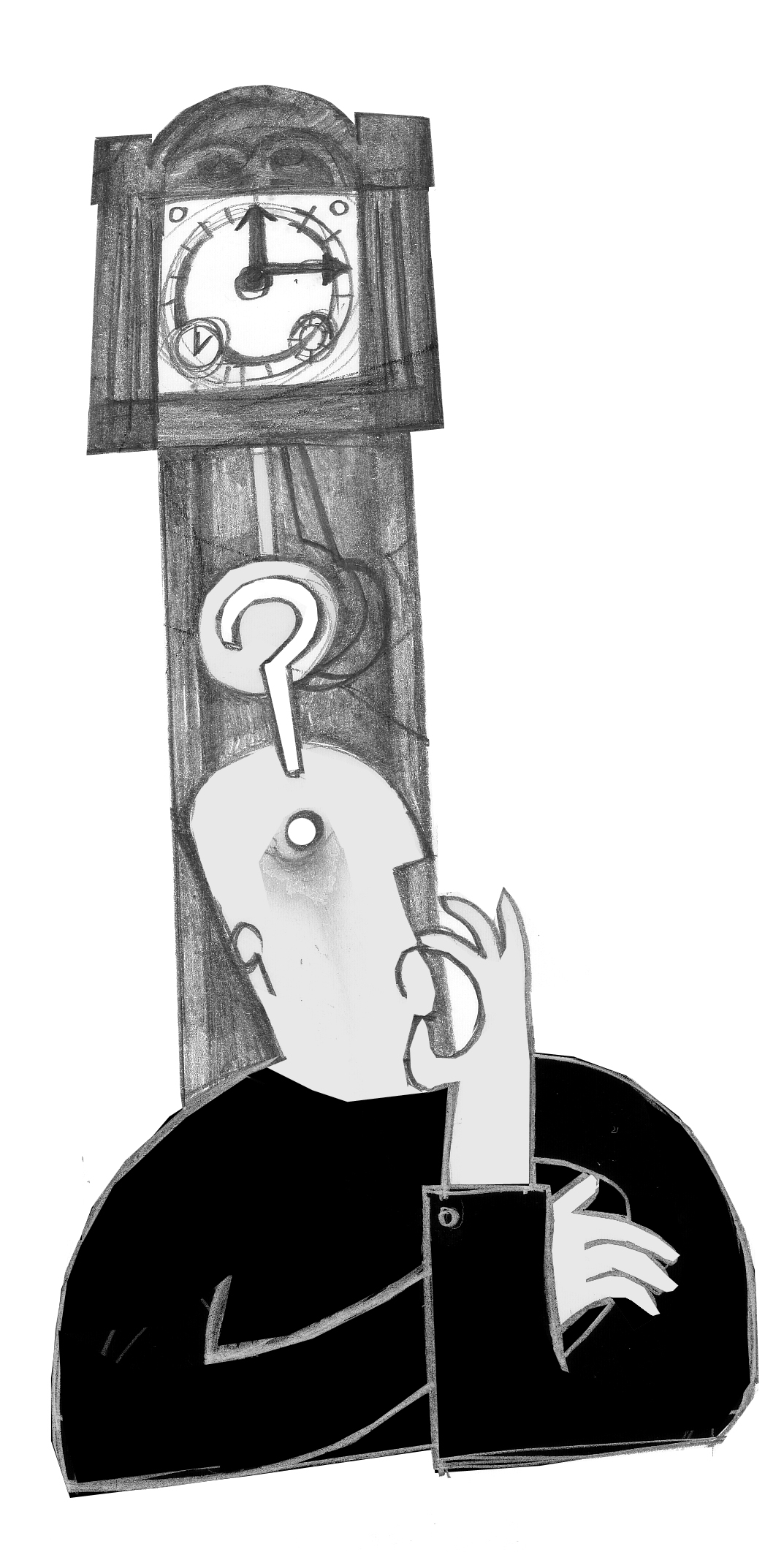 GM: Clearly I hope the Scottish Left will indeed be an integral part of the struggle; indeed any organisations abstaining from joining in would by definition be sectarian and irrelevant. I also agree we have a distinctive voice and policies which should be developed and deepened in the key areas of defensive struggle – no unemployment, no benefit cuts, defend public services and pensions. It is here I hope cooperation is possible, developing the broad campaign around the charters demands into an action programme which draws broad forces to challenge the economic assumptions and policies of capitalist governments. I hope as well as unions, forces from Labour, SNP, Greens and others will be drawn to these campaigns. However, this returns us to the fact that unless there is a credible organisation to their left, the leaders of pro-capitalist parties can put a left face on as necessary without electoral loss and not be effectively exposed as reactionary. In the forthcoming Scottish elections, it would still be possible to reach a similar truce as in the General Election in some if not all regions but it is disheartening that when approaches were made on this, the SSP leadership immediately announced on their website they would stand in all regions. Similarly, but of less significance, the SLP refused approaches during the general election and look set to continue in that vein. We must not give up. A broad party encompassing all seeking an alternative to capitalism, a “movement of the movements”, is a historical necessity, but damned difficult to achieve in Scotland at present. The forces and the practices that led to the split in the SSP, which I opposed as politically unjustified, need to be analysed in order to prevent a recurrence. A first step is for dialogue to begin between individuals and organisations and it is frankly unacceptable that this is being obstructed.

JM: We are agreed on how the Left should respond to the ConDem attack on the public sector. All socialists, regardless of their current party affiliation, should be active in the broad-based resistance to the cuts. In the longer term, we are also agreed about the “movement of the movements” that you rightly describe as an historical necessity. The original foundation of the SSP was supposed to create just such a movement. The subsequent split in the party has seriously damaged but has not destroyed that idea. We are not alone in discussing the split and how it might be repaired. Similar unofficial discussions are happening across Scotland. Unfortunately, official dialogue between the parties is for now stymied by the continuation of legal proceedings and the advice of lawyers. At some point those proceedings will end, the lawyers will depart and the open debate and analysis you call for will take place at every level. When that happens lessons will be learned, mistakes will be identified and the “movement of movements” will begin to be put together again. Until then, wherever possible, socialists across the party divide should look to cooperate wherever and whenever they can. The alternative is to carry on treating those who broadly agree with us as sworn enemies. That way lies madness and continuing political irrelevance. The SSP/Solidarity split is only one of the fissures that weaken the broad Scottish Left. There are socialists working inside Labour, the SNP, the Scottish Greens, CPB etc. Many others are active in their unions and in different campaigns while not belonging to any political party. The longer-term aim must be to find ways of working together with all of them towards common socialist objectives. While socialists in the SSP and Solidarity cannot even work with each other, few of them are likely to want to listen to what we have to say. It is time to talk.