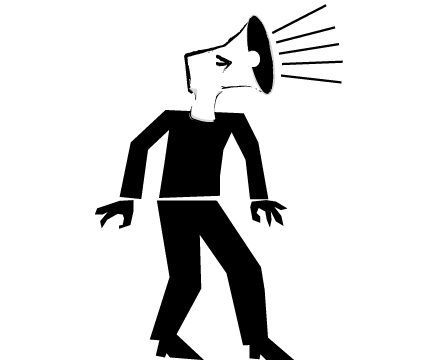 The Scottish Peace Covenant, signed by thousands of folk living in Scotland, declared “We desire that Scotland be known for its contribution to international peace and justice rather than waging war” (www.scotland4peace.org). This statement conveyed a collective vision for Scotland existing on the international stage with a foreign policy underpinned by the removal of the illegal nuclear weapons of the British State from the River Clyde at Faslane, thus restoring some pride in this river weaving its historical course through the death and death wish of Empire. If we consider the river part of us, we require the power to stop this environmental and spiritual violation of our home. Domestic violence and state-sanctioned terrorism (Trident) depend on the threat of fear and violence for their hegemony. We can choose to be nonviolent and not scared as a healthy response to this power projection. Movement is then possible both psychologically and politically. Gandhi, Nelson Mandela and Dr. Martin Luther King have all influenced the peace movement in Scotland and its crossover with the independence struggle and the civic manifestations of this at different political moments. 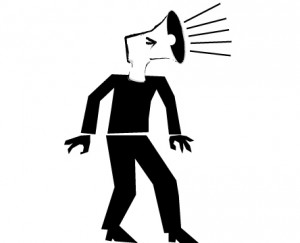 There are lessons for the left (and the left independence movement) which can be learned from non-violence training, psychology, peace education and the arts. This is helpful not only in making it easier to speak to one another but to do so with an attitude which develops emotional intelligence, aligned with visionary imagination, underpinned by pragmatism and sublimation of the ‘angry ego’ desperate for power after living in a power-deprived, politically unjust and unequal Scotland for so long. In this deprived state, unequal shares of the crumbs of power have been held by men in structures, linguistic and political, of their own making, reflecting male models of leadership often dependent on collective narcissism and mirror-hungry, obedient followers. In any healthy psycho-political process, of which devolution has been part of the healing of the social body, this allows what might be termed in Jungian theory ‘the shadow’ to manifest itself, as the dominant power structures begin to be questioned by fearless voices. It is healthy for Scotland’s shadow work to have begun. Many of these shadows have inevitably swirled around the construction of male power in modern Scotland with psychosexual twists revealing of its hypocrisy, dishonesty, aggression and crisis. (Tommy Sheridan, Keith O’Brien, Ian Davidson, Eric Joyce, Bill Walker etc.). This is inevitable when social change is occurring and particularly when we are talking of the path to Scottish independence which will mean the death of Empire can no longer be denied by the ruling, super rich elite of the British State.

This courage to hold power to account grows a sustainable desire for social change which will persist and persevere and be energising of new ideas despite obstacles, insults, threats and attempts to demonise or silence the questioners. By encouraging mindfulness in language and making greatest use of our capacity for speech, we develop an oratory of peace which will be encouraging of women and will enable the articulation of creative ideas for Scotland’s vision of herself as an international participant.

There are lessons for the left which can be learned from non-violence training, psychology, peace education and the arts. This is helpful not only in making it easier to speak to one another but to do so with an attitude which develops emotional intelligence

There are coping strategies against the verbal brickbats, flights of fear-mongering, guilt tripping, misogyny, sexism, inferiorism and media dominance of everyday Better Together unionism for the maintenance of emotional resilience. Deep breathing, counting to ten, keeping the heid and maintaining a state of inner calm while focusing on the path ahead is a good start. Rage disappears quickly if we subdue the hyper-vigilant, anxious, scared physiological state the imperial Better Together campaign wishes to invoke to destroy the impulse to independence. This is a characteristic of domestic abuse and common to imperial regimes threatened with the self-confidence of citizens; threaten them back into submission and create bureaucratic obstacles covering over sadistic tendencies. Creativity, non-violence and confidence in the organic, unfolding nature of the independence movement (slow and steady wins the race, peacefully) are all tools of resistance. Commitment to a state which protects the freedom and safety of women and children is paramount. Dr. Vandana Shiva commented that “The duty of a state that claims to be democratic is to guarantee safety and freedom to its ‘weakest citizens’….The politics of safety is the politics of freedom in times of unfreedom”.

I was taught Social Psychology at Edinburgh University by Dr. Halla Beloff whose family had fled Nazi Germany as Jewish refugees. She encouraged us to critically think about group behaviour to understand how concentration camps could exist. Two seminal experiments in social psycholog illustrated the capacity for violence inherent in power relations in group dynamics. The work of Stanley Milgram and Zimbardo offer us lessons in the human capacity for ‘justifiable cruelty’. Dr. Beloff informed us of Tiergasstrasse Vier, the street in which Hitler started ‘private clinics’ for the disabled, staffed by guards who had been well rewarded and were screened for a disposition towards sadism. Consider the ATOS assessments, Bedroom Tax, deaths of people on benefits against this historical insight. History repeats itself like a cycle of abuse if we tolerate violence. In attempts to preserve the union, the Better Together campaign is colluding with state violence against our ‘weakest citizens’. Internal membership of the campaign is only held together by demonising the other as it has no internal coherence nor acceptance of diversity within its distinct groupings. The language of state broadcasting is drenched in military metaphors. The Better Together campaign has a ‘war chest’. “Somewhere behind every war, there are always a few founding lies” (Kurlanksy, 2006, Non-Violence: The History of A Dangerous Idea.). Their lie is that Scotland does not possess the means, skills, talent and dreams or right to become an independent nation.

The maintenance of the lie is so much better kept when an environment of sociopathic detachment and potential sadism has been created by a cabinet defined by an all-male public school elite and maintained by the obedience of others (Labour Party, Lib Dems). This is overseeing the biggest transfer of wealth and rights from working class women since the beginning of the welfare state by a group of men brought up in motherless, care homes for the rich. Sigmund Freud would have understood the irony of this lack of empathy and lack of love towards humanity.

The independence movement has seen roots developing, new groupings and interests forming and the natural pollination of these seeds as they develop. This is reflected in the Yes campaign at local level with its organic growth and the sheer range of identities, interests and new connections which are being woven. Nonviolence training was provided by peace activists to folk from the Radical Independence movement for a Faslane blockade, solidarity of freedom of expression has been given to National Collective and more commonplace is the topic of the referendum in the free spaces of communal thinking; around kitchen tables, bus stops, taxi journeys, unexpected conversations in pubs, political chat between different generations who may not realise the different perceptions of each other. Scots talk among themselves in civic spaces unregulated by the unionist media or those with access and a voice through these mainstream structures. What kind of Scotland do we want to live for?

What are you scared of? Why?

Practioners of nonviolence are, at this moment in Scottish history, not seen as enemies of the Scottish government but are considered domestic extremists by the British state. Non-violence is a radical idea which has no proactive word, it takes on many forms of a verb; listening, resisting, tending, caring, sharing, giving, stopping. The ‘gift’ is an antidote to those obedient, unionist voices which scream in punishing tones ‘you cannae get something for nothing any mair’. The gifts of society are beyond politics and the vampire economy of the free market. Security over right to land, housing, health, education and a sustainable human life emerge from an economics of peace and gender equality.

If we can ensure the voices and ideas of women and the peace movement contribute to the development of a constitution which enshrines the ethics of compassion for the land, compassion as a societal virtue, and definitions of freedom and safety which involve the practice of non-violence as a state, then a vision for an independent Scotland will have consequences in terms of new friendships and creative possibilities in a global context. It is impossible to predict the form, colour, smell and beauty of a flower from looking at its seed. Such is the nature of life and so be it with the independence movement in its biodiversity of imaginations.