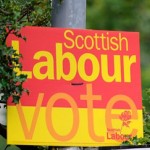 Labour in Scotland owes an apology to the party and the labour movement throughout the rest of Britain for its abject failure in the general election. Not only did its incompetence lose Labour forty seats in Scotland but it also cost Labour seats in England and Wales as the Murdoch coalition of the SNP in Scotland and the Tories in England, working in a symbiotic relationship, was able to create and capitalise on two opposing nationalisms to benefit the rich and powerful throughout Britain.

Of course, too much cannot be made of a single election. The disaster of May 2015 cannot be laid at the door of any single leader or any single campaign – it has been a long time coming. The puzzle is: why were the warning signs not heeded? For a long time, Labour in Scotland has been blighted by the four C’s: complacency, conservatism, cronyism and careerism.

In addition, the left throughout these islands has failed to adequately respond to our local manifestations of the tide of nationalism which has been sweeping Europe for many years now. At a time when the collectives of community, church and shared experience are being swept aside by atomisation, we have not adequately recognised or responded to the need for an alternative form of collective identity which has often expressed itself in the politics of place and race.

Labour in Scotland had decayed to the point where it was unclear what it stands for. It lacked what George Bush called ‘the vision thing’. It fell back on a combination of a cobbled together shopping list, some of which was progressive and excellent, but lacked coherence, and a reliance on policy by focus group. Together, they lacked both consistency and direction.

Thus, we started our campaign aiming to attract back the 190,000 or so Scots who had previously voted Labour but voted ‘Yes’, and ended up begging ‘No’ voting Tories to vote for us tactically. This mechanistic, patronising approach led to us having as our flagship policy the proposal to allow alcohol into football grounds. On the basis that the 190,000 were overwhelmingly men, between the ages of 25-55, from the West coast, who liked football, we needed a football issue to run with. Allowing alcohol at football grounds was a football issue – thus it would be our policy.

Similarly, our desperation in the closing days, when we were seen to be sinking fast, to attract tactical anti-SNP Tories and Liberals led us to identify fear of a second referendum as a concern of this group and led us to highlight this as one of our big ideas.

Apart from being entirely negative (vote for us to stop something), it also led to the absurdity of a poster denouncing a second referendum on independence being launched in the most strongly ‘Yes’ voting ward of a strongly ‘Yes’ voting constituency, without any discussion or consultation as to whether this would be helpful.

Which is why I didn’t attend – but my presence wasn’t required anyway – it wasn’t designed to help me. I wasn’t one of the chosen few candidates who were being provided with an abundance of resources while others struggled. Labour’s campaign must be one of the most blatant examples of cronyism ever seen in politics.

Ed Miliband and Harriet Harman resigned as leader and deputy leader despite having increased Labour’s seats and share of the vote in England and Wales. Similarly, Jim Murphy was right to go, eventually, since the first step in getting Labour in Scotland going in the right direction is to stop it going in the wrong direction. We have to start re-building, whilst recognising the emphasis that we have had for years on organisation rather than ideas is misplaced.

While I understand the Blairite obsession with valuing what can be counted and of targets, it is no use being on the doorstep without a clear set of policies to propose. Anyway, it is extremely arrogant to assume that voters can be ‘turned’ by a brief conversation with a Labour canvasser on their doorstep, as if they were a previously blank sheet, simply waiting for us to arrive with the correct lines.

The reality is that we lost the air war, because we were short of ideas, as well as being out gunned by a far, far superior SNP propaganda machine, which managed to create its own facts, never mind opinions. We do not even have the numbers to mount substantial doorstep campaigns. No wonder party membership figures are a secret – so low as to be embarrassing, even including the bogus members recruited under the ‘buy a branch’ scheme, who are essentially sleepers, only activated for selection conferences.

Labour needs to be much clearer as to what it is for. This will require debate and discussion at a local branch level. We have to go back to having political discussion and the passing of resolutions, which are then not simply discarded into the bin marked ‘Policy Forum’ but circulated in order to try and genuinely involve members in developing policy proposals.

We need to engage more with the community- when I first became a councillor, Labour had members in all the tenants’ associations, residents’ groups, local unions and every other organisation where local people were to be found. Not in a mechanistic, artificial way, but as a real and vibrant part of these organisations. People saw Labour membership, membership of a tenants’ association and membership of a union as being different facets of the same struggle to improve the lives of ordinary working people.

The road back for Labour will not be easy – but we have to start by recognising just how far we have fallen.